We’re celebrating by sharing the story of the humble trig pillar, still much loved by walkers today... But what is the background to the trig pillar?

What was the retriangulation of Great Britain?

Triangulation is a mathematical process that makes accurate map making possible. In the early 20th century, map making was still based on the Principal Triangulation which was a piecemeal collection of observations taken between 1783 and 1853. The system was starting to collapse and couldn’t support the more accurate mapping needed to track the rapid development of Britain going on after the Great War. 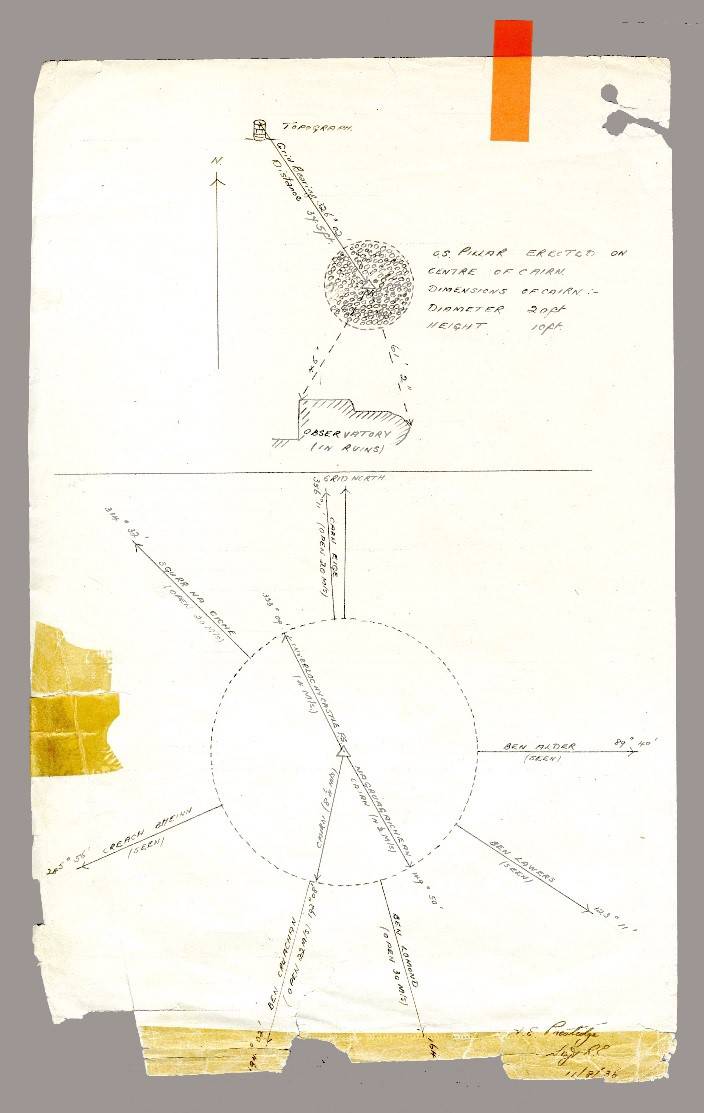 A diagram we found in the OS archives of the mountains from which readings were taken when surveying Ben Nevis.

In 1935 Ordnance Survey, in a project led by Brigadier Martin Hotine, decided to implement a complete new control network for the whole country and at the same time unify the mapping from local county projections onto a single national datum, projection and reference system. This lead to the OSGB36 datum and The National Grid, both of which are still with us today.

Who designed the trig pillar and how did it help with the retriangulation?

The man responsible for the trig pillar that we all recognise today was Brigadier Martin Hotine. Born in 1898 in Wandsworth, London, Hotine became head of the Trigonometrical and Levelling Division at OS. The Brigadier was responsible for the design, planning and implementation of the retriangulation and he designed the iconic trig pillar. He designed them to provide a solid base for the theodolites used by the survey teams to improve the accuracy of the readings obtained. As a result, they are sometimes referred to as ‘Hotine Pillars’. 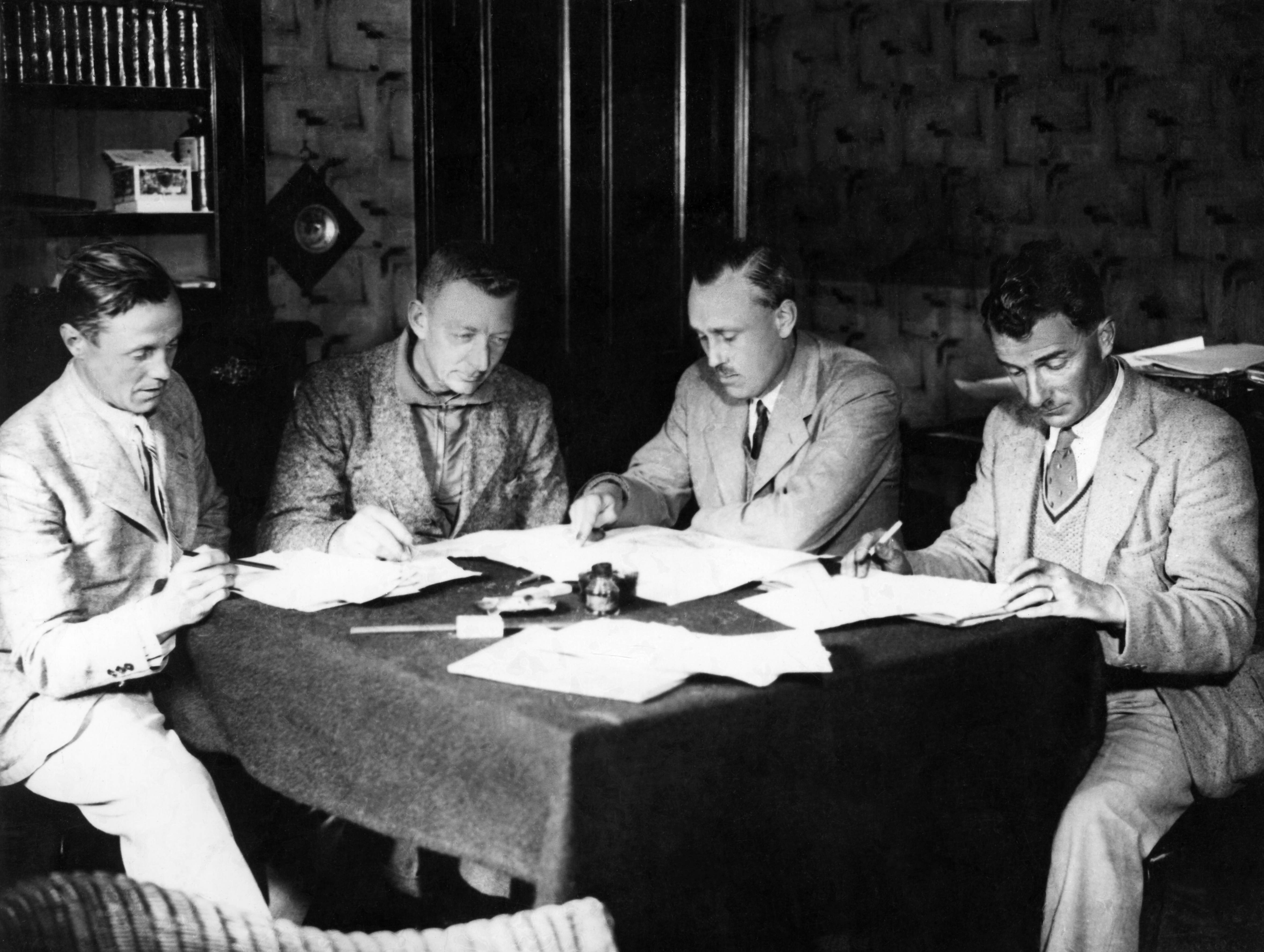 If you haven’t come across it before, triangulation works by determining the location of a point by measuring angles to it from known points at either end of a fixed baseline and in this case, those known points were the 6,500 + trig pillars erected across the country. In practice, a theodolite would have been secured to the top mounting plate and made level. It would then be directly over the brass bolt underneath the pillar. Angles were then measured from the pillar to other surrounding points. For the highest accuracy primary points in the retriangulation, many rounds of angles would have been measured with the observations taking several hours. But time and technologies have moved on enormously to the point where the traditional trig pillar is now obsolete in its original guise. We’ll be talking about how we map Britain in 2016 on the blog tomorrow. 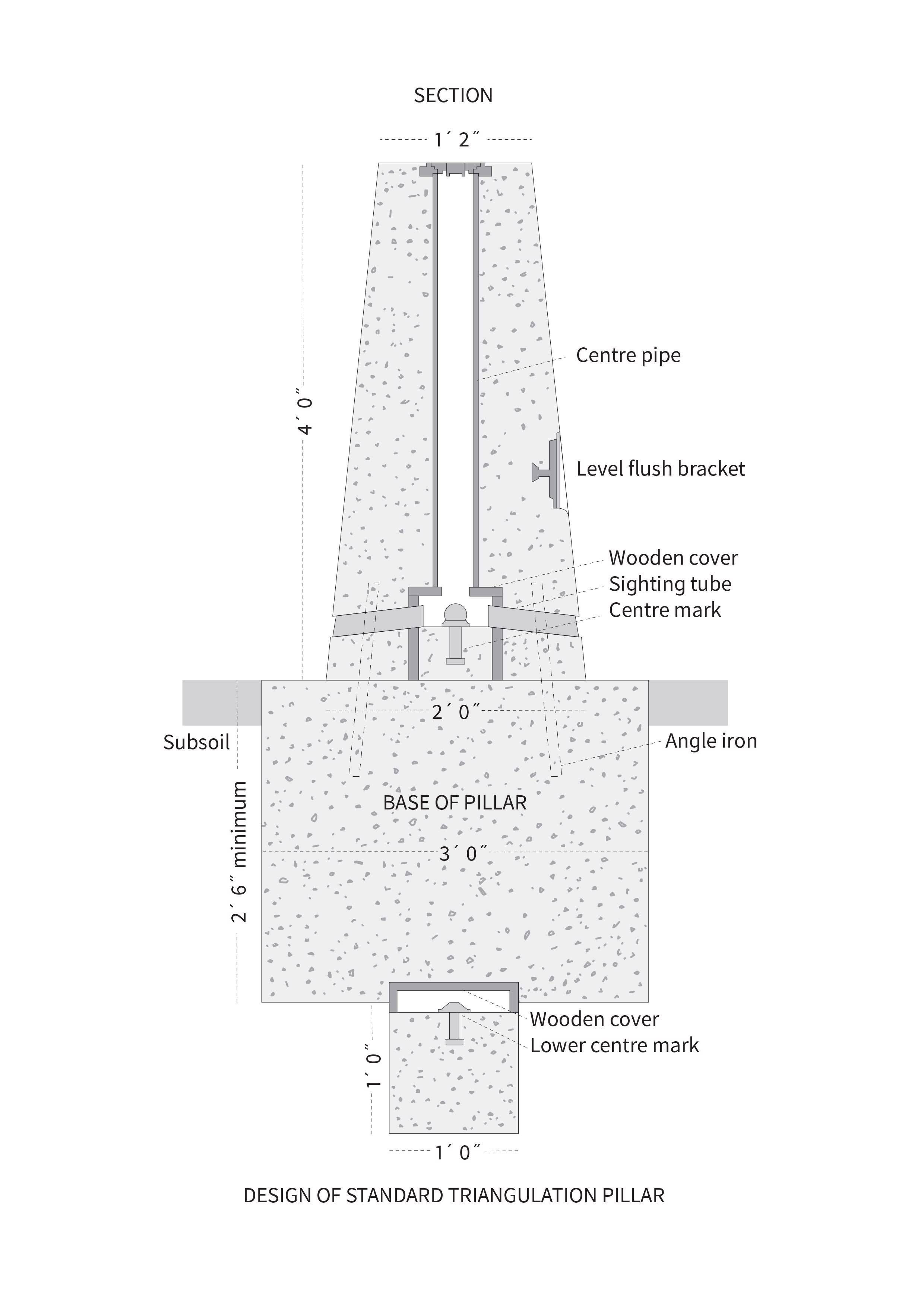 You can hear more about surveying using trig pillars in this video.

A testament to surveyors of the past

Although 6,500+ trig pillars were built, hundreds have been lost to housing developments, farming, coastal erosion and other causes. The vast majority follow the standard Hotine design, but some are stone built, and in Scotland there are some ‘Vanessas’ which are taller, cylindrical concrete pillars. 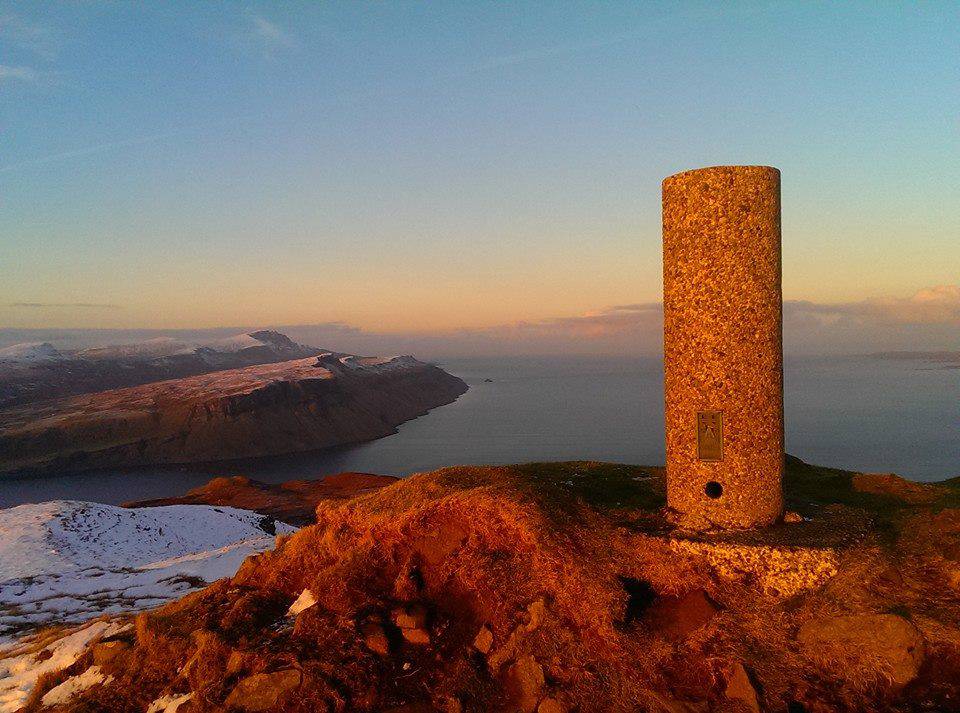 A ‘Vanessa’ trig pillar on the Isle of Skye, photographed by Scott MacLucas-Paton

You can only imagine how hard it was for surveyors of the past to not only map Britain, but to also locate sites for trig pillars and carry the materials to remote sites to then build the trig pillars too. 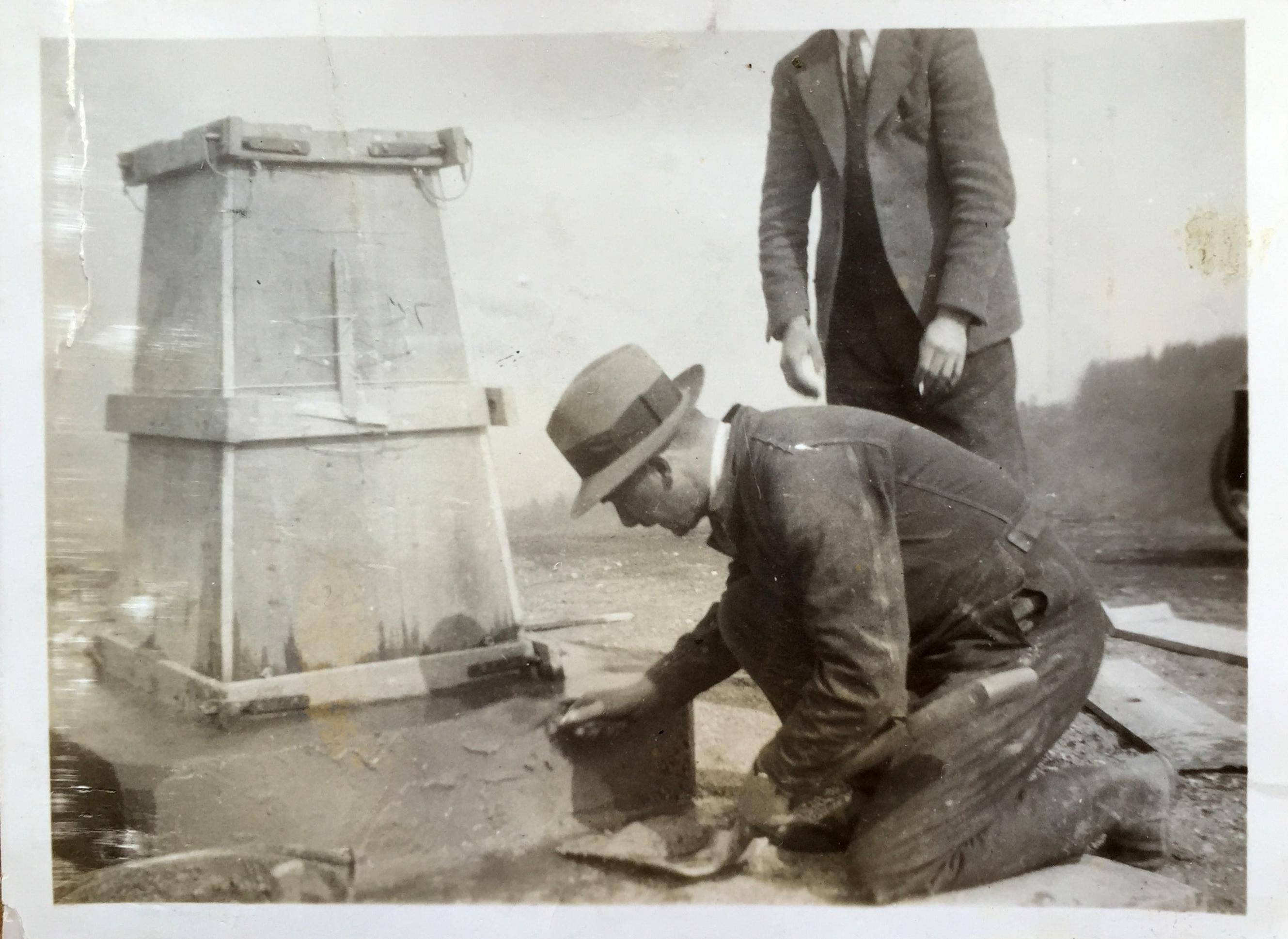 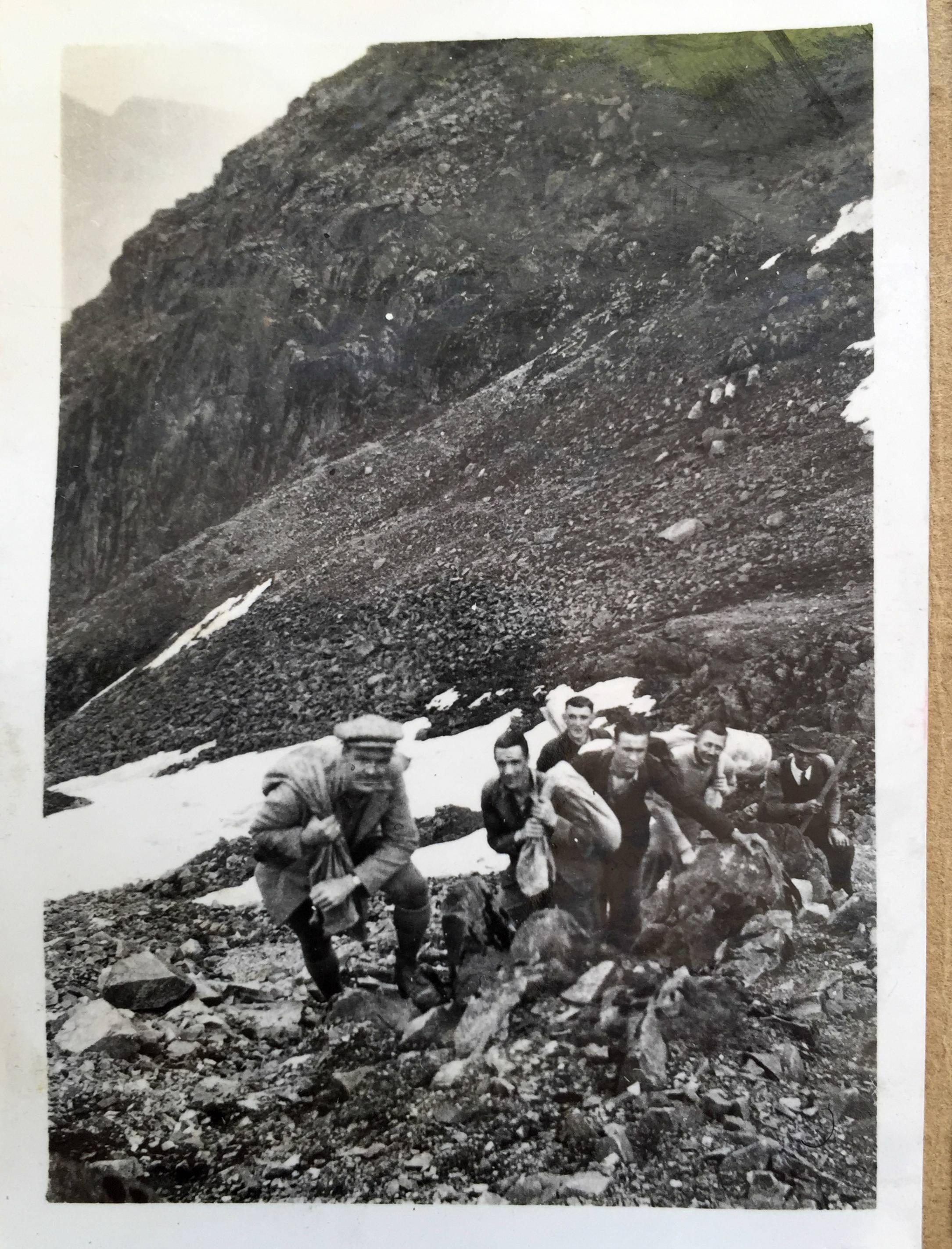 It’s a true testament to their skills that such an accurate map of Britain was created from such humble beginnings as the trig pillar 80 years ago.

Take a look at our Flickr album with trig pillar photos past and present.