Wimbledon got off to a flying start on Monday, and as much as we love tennis, our minds inevitably turned to maps. We’ve been putting Wimbledon on the map for almost 100 years now.

Did you know that when the All England Club was formed, back in 1868, their home was not at the current Wimbledon site? Shown below on our map from 1896, the club was based at Worple Road until 1922 and the first championships, and even the 1908 Olympics, were not played out on the existing Church Road site. 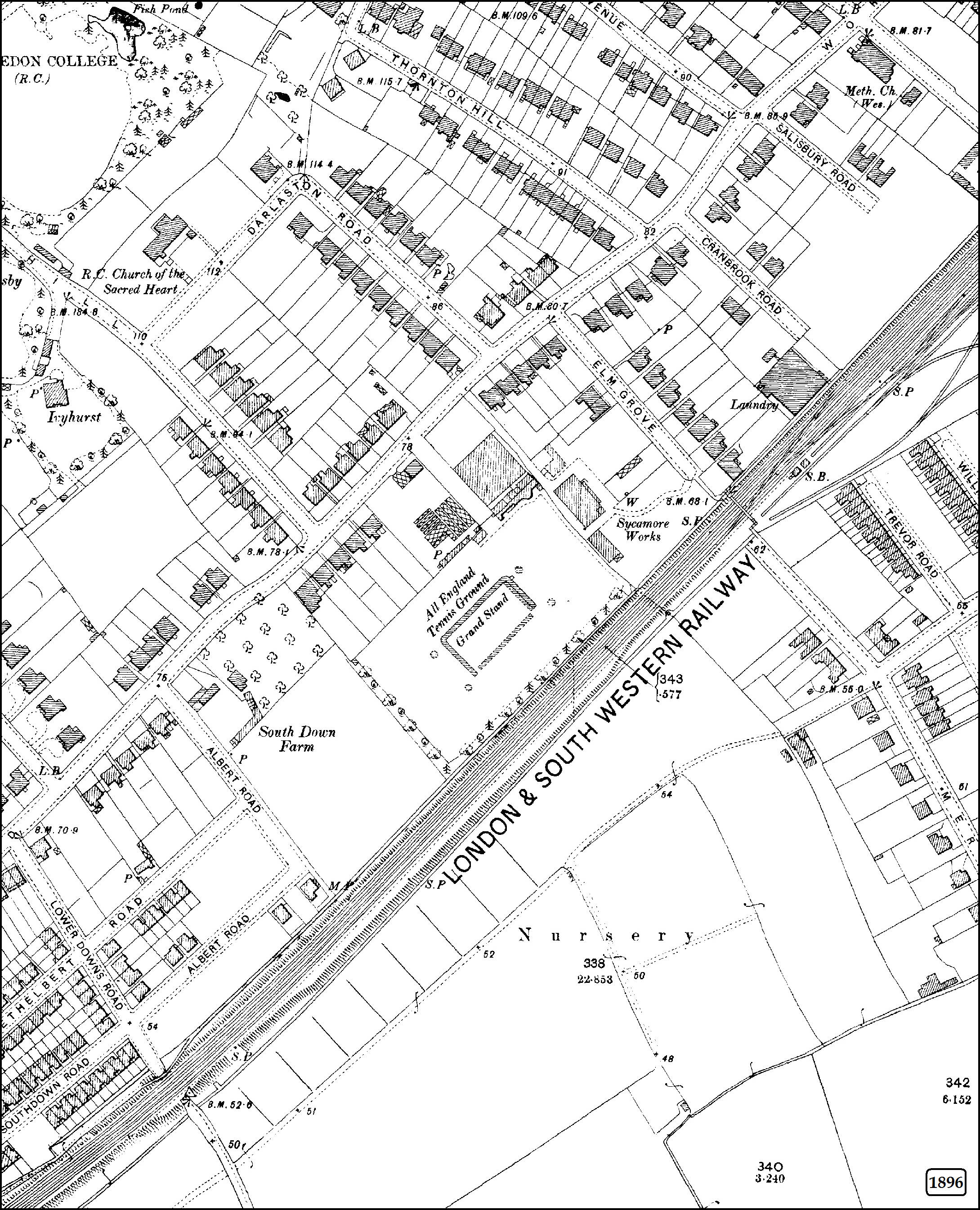 The All England Club took the final decision to look for a new location after an incident at the 1919 championships where the police were struggling to contain the huge crowds. The club moved to the existing Church Road site in 1922, with number one court opening in 1924. Take a look at the two maps below – showing the Wimbledon area in 1913 and 1935 to see just how much the landscape changed once the All England Club moved in. 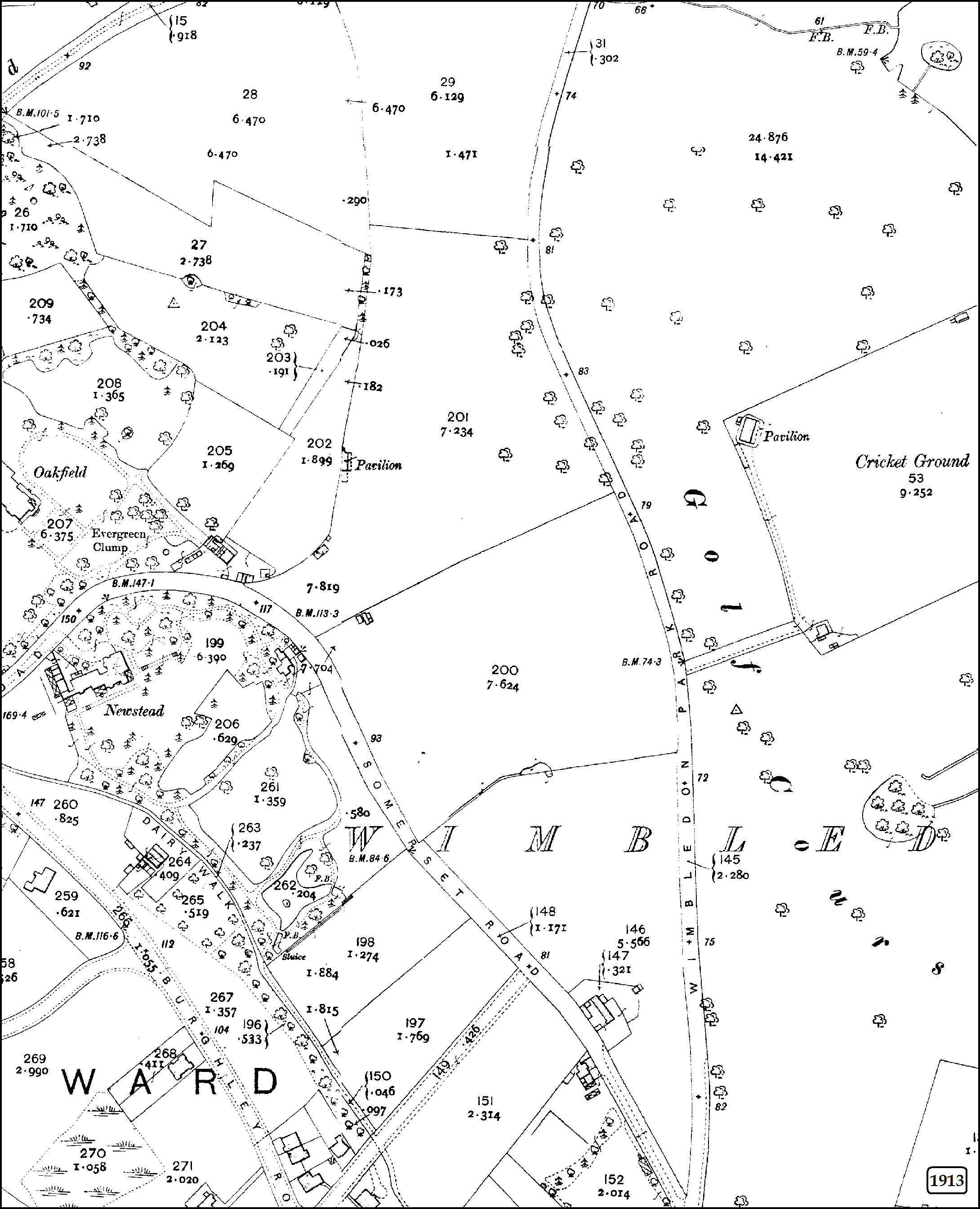 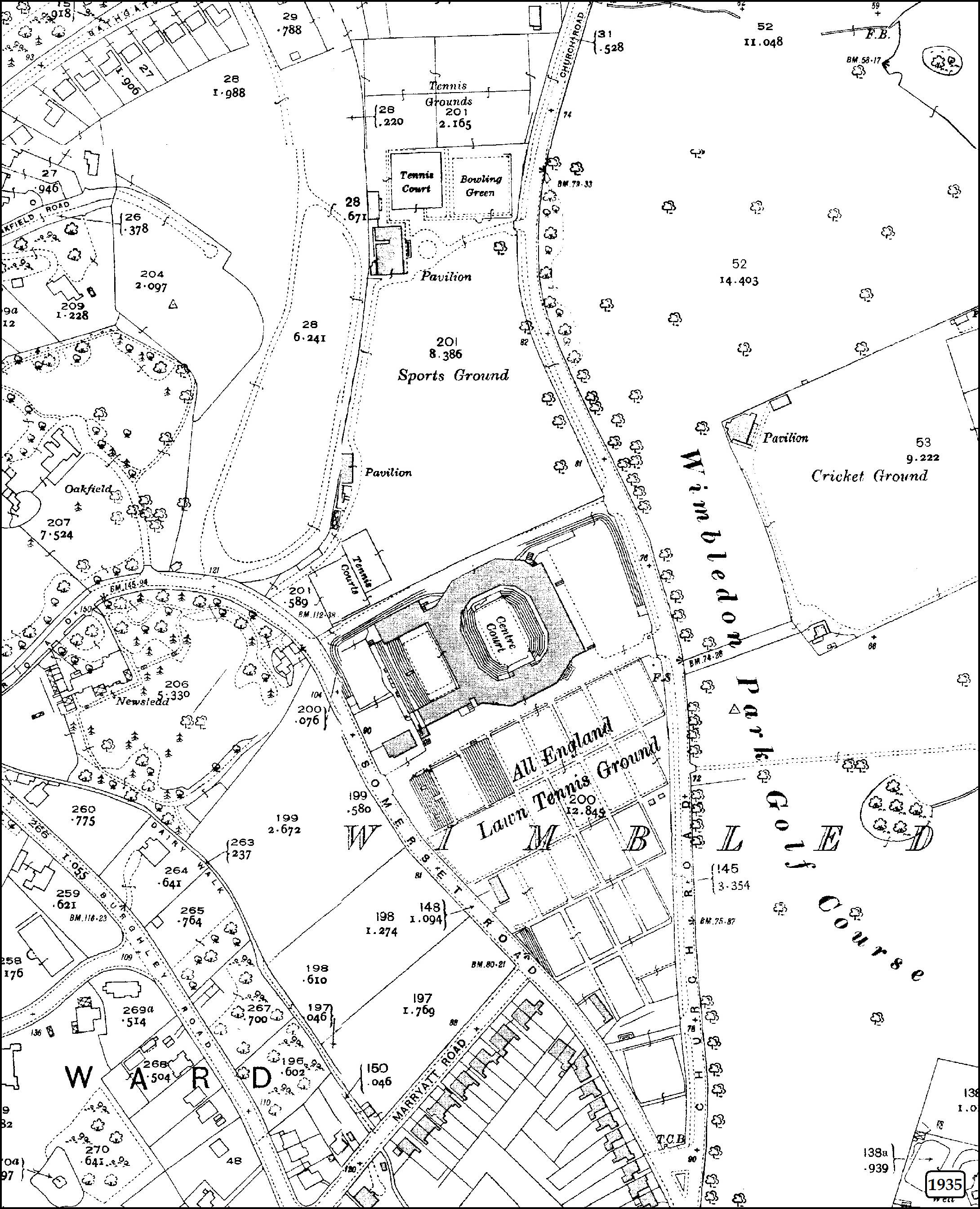 In the intervening years there have been dramatic changes at Wimbledon, although not all of them were planned by the Club. During the Second World War, in 1940, Centre Court was bombed. Causing much less damage, but of excitement at the time, lightning struck Centre Court in 1985. The Club has continued to develop the area, updating and rearranging courts over the years. Compare the 1935 landscape above with the two images below, showing our OS MasterMap Imagery Layer in 2012 and our current 1:25 000 Scale Colour Raster. You can see just how many changes have taken place in the last 80 years. 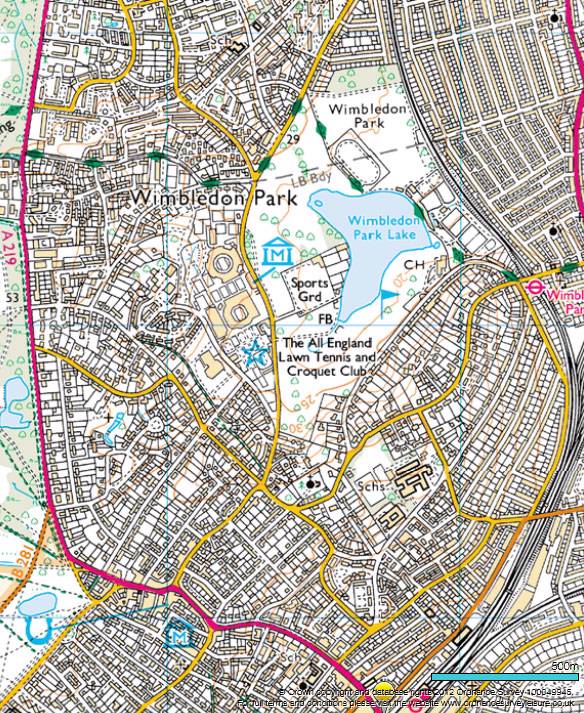 Of course, if you’ve been reading the media stories recently, you’ll know about Wimbledon’s master plan, which includes huge redevelopment including a retracting roof for number one court, repositioning other courts and a new entrance plaza. All of the permanent changes will need capturing as part of the 10,000 changes a day we make to the 460 million features in our database containing the master map of Great Britain. So, there will be updated maps showing those changes as they start to take shape.