Great Britain is an island in its own right, but aside from the mainland, there are hundreds of islands around the British coast, many uninhabited*. Inspired by David Garcia’s data visualisation of the Philippines, our GeoDataViz team worked with Alasdair Rae at the University of Sheffield to explore Britain’s largest islands.

They found that there are 82 English, Scottish and Welsh islands larger than 5km2. Scotland boasts the vast majority with 71, not surprising when you consider the Outer Hebrides, Shetland and Orkney and other beautiful islands off the coast. Wales had just 2 entries and England 9. 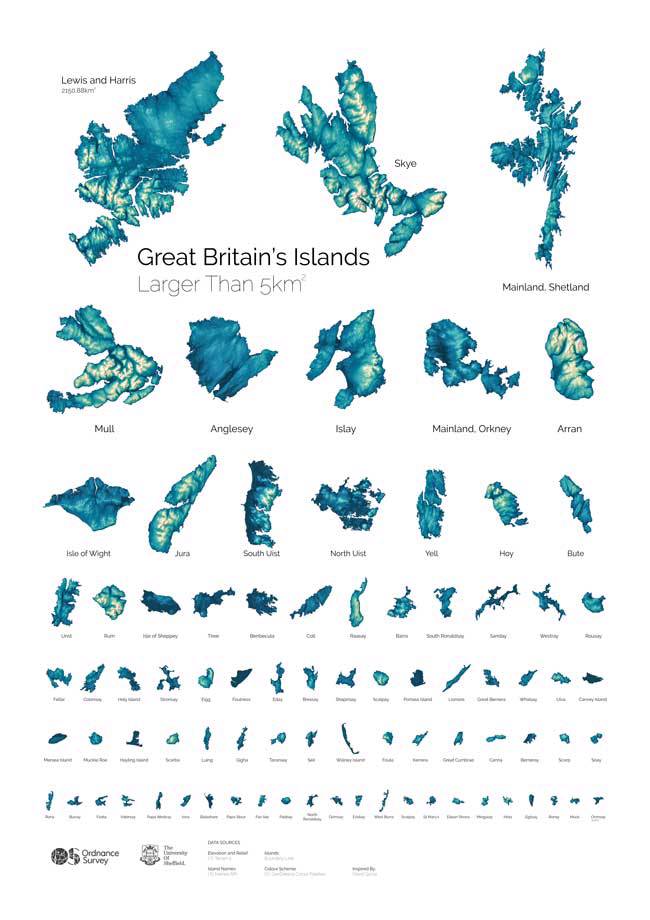 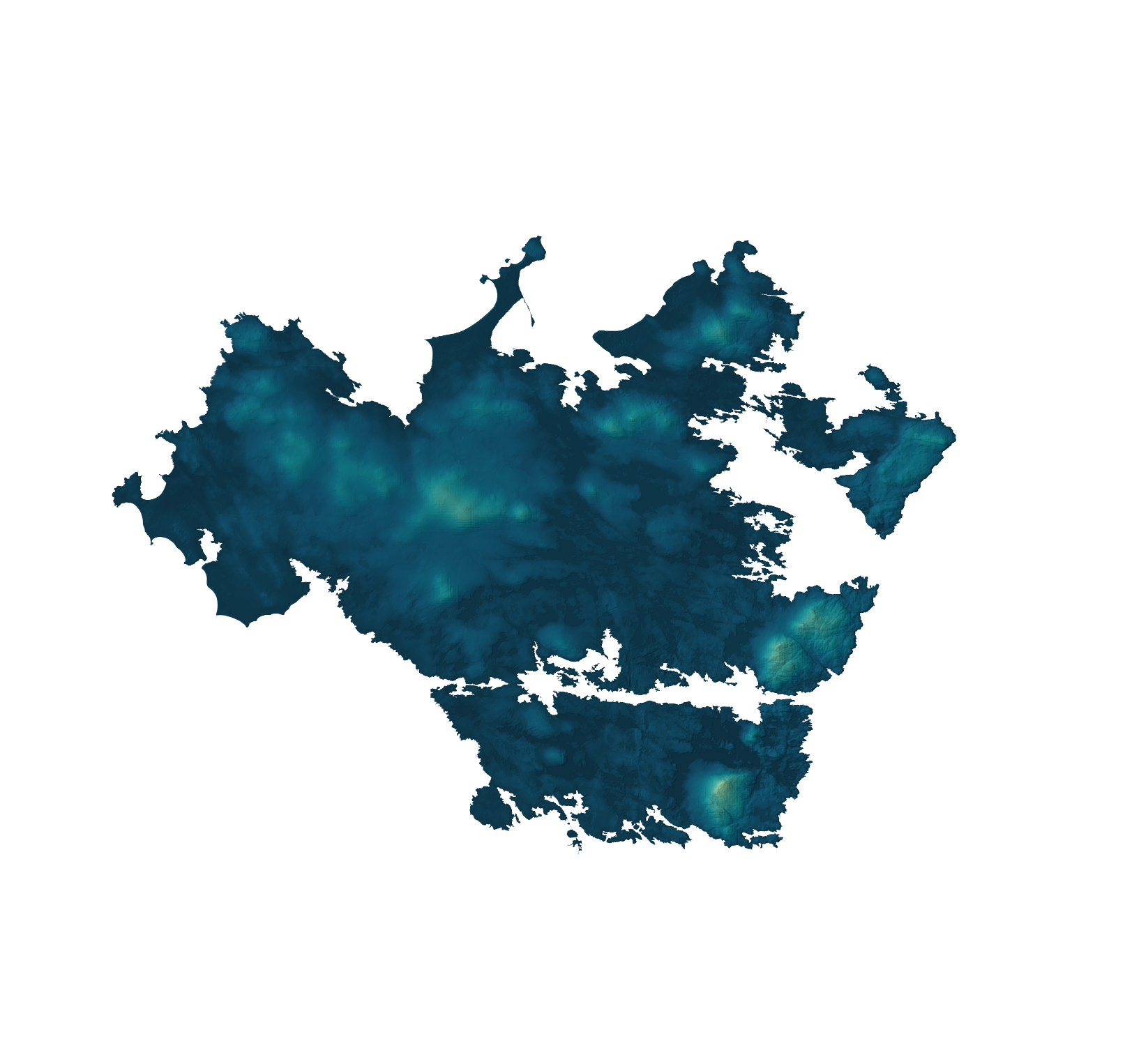 How we created the visualisation of Britain’s islands

To create the beautiful islands poster, our GeoDataViz team loaded the data into a PostGIS database. From here, they could analyse the data to calculate island area, coastline length and residential address counts. Once completed, they imported the data to QGIS, where we applied colour schemes (we used our GeoDataViz Toolkit for this) and other styling elements. Each island was exported separately and then imported into Adobe Photoshop to produce the poster layout and apply the final touches.

Alasdair complemented this with a gif to showcase more of the islands’ data. Alasdair has been a keen user and sharer of our data since the OS OpenData portal went live in April 2010. He formerly led the MSc in Applied GIS at the University of Sheffield, of which Joe Harrison (the poster designer) is a recent graduate, and has a longstanding interest in geovisualisation so he was an ideal person to collaborate with on this project.

Top 5 islands by length of coastline

*Please note we are looking at Great Britain’s islands, so this doesn’t include Northern Ireland’s islands, the Isle of Man or the Channel Islands. You can see more about the difference between Great Britain, the United Kingdom and our Crown Dependencies in this blog.

For April Fool’s Day, we challenged one of our most senior and experie...

An introduction to AddressBase Core

AddressBase Core is the newest member of the AddressBase product famil...

For April Fool’s Day, we challenged one of our most senior and experienced cartographers to create a mythical island for Country Walking magazine.

An introduction to AddressBase Core

AddressBase Core is the newest member of the AddressBase product family. It's lightweight, easy to load and updated frequently.