You may have heard us saying that there are over 500,000 routes in our OS Maps service…well, we’ve been analysing all of that data to look at which areas you most like to #GetOutside and explore. We’ve compiled a list of the 20 most popular grid squares in Britain, using 10 years of public routing data compiled in OS Maps and its predecessors. 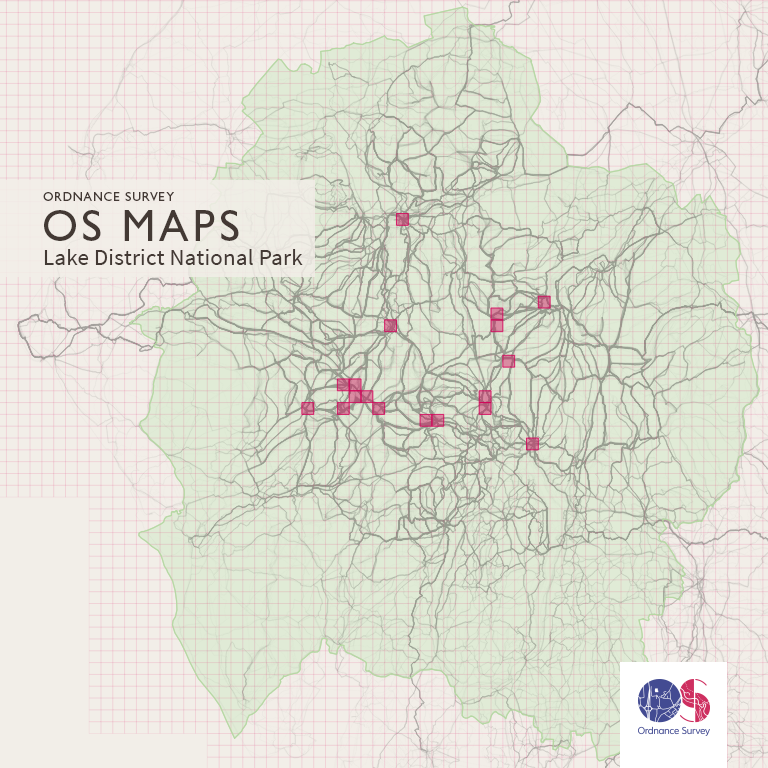 Britain’s most popular grid squares – 18 are in the Lake District!

We suspected that the Lake District would feature highly, but were amazed to discover that eighteen of the top twenty most popular grid squares to create a route fall in the heart of the Lake District National Park, close to  popular tourist locations Keswick, Ambleside, Grasmere, Helvellyn and Scafell Pike. The other two top twenty places can be found in Snowdonia and the Yorkshire Dales. 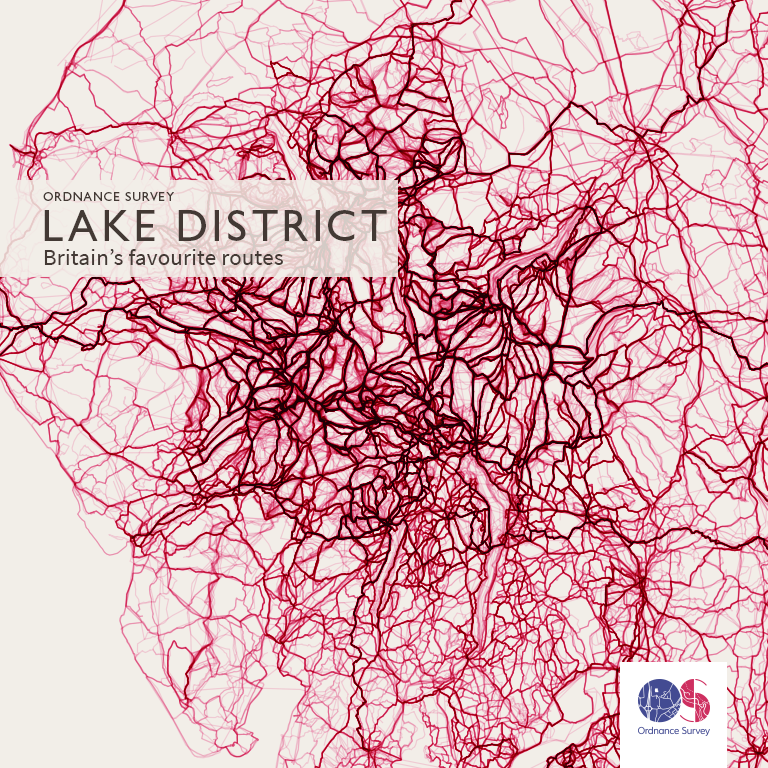 The 500,000 plus routes have been illustrated in a series of stunning data visualisations created by our Cartographic Designer Charley Glynn. The darker, thicker areas illustrate the higher concentration of routes and reveal popularity. Charley was surprised when he started analysing the data:

"We’ve always assumed the majority of the routes are created for walking, cycling and running activities, but it’s clear that some people have been finding new ways to use our products. I’ve noticed several instances where people have used our products to route their car journeys and spotted a couple of people using our products at sea to recording their movements."

Top 20 locations (by 1km grid square) and number of routes 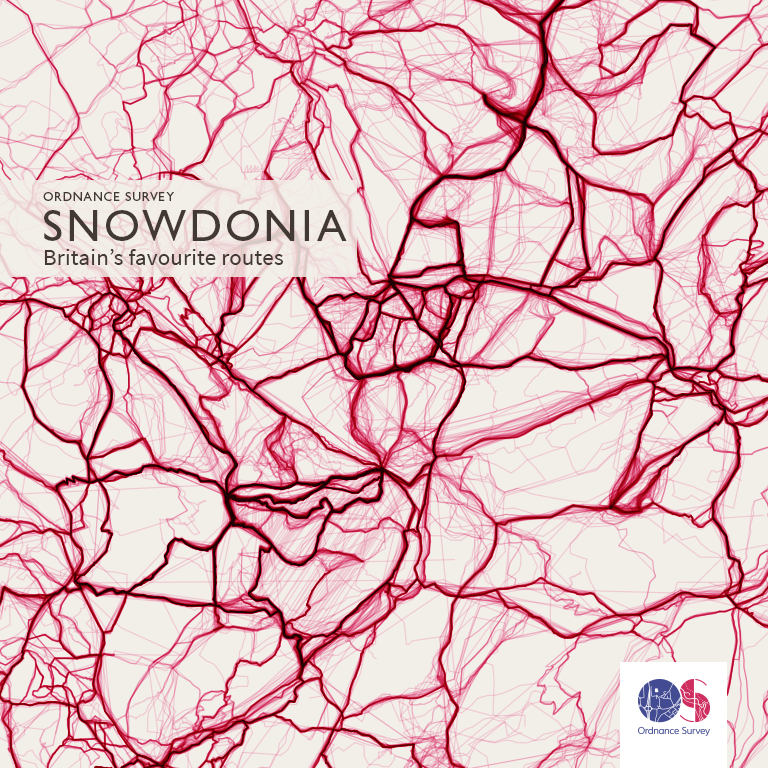 The Lake District is a truly stunning area of Britain, and one of our 15 National Parks, but there are many other beautiful places to explore around the country too. We have inspiration for some of Britain’s hidden gems, detailed walking guides, outdoors tips and more on our #GetOutside site. Take a look and then add your new route into OS Maps too.

You can also view all of the the data visualisations created by Charley in our Flickr gallery.