This year is the 70th anniversary of some of Britain’s National Parks. To celebrate this milestone, Ordnance Survey has been visualising these beautiful places using a variety of different techniques. Dartmoor National Park, located in south Devon, consists of open moorlands and deep river valleys, and is famous for its exposed granite hilltops known as tors. OS graduate Katie Packard described the process she embarked on to create a monochrome visualisation of it:

The inspiration for this map came from the Monochrome Hachure Map tutorial by Robin Hawkes. Hachures are an older mode of representing relief where the thickness and overall density of the hachures give a sense of steepness. Although less scientific than contours, I love how the hachures give the map a historic feel and enable you to visualise Dartmoor’s iconic tors. A variety of OS data sources were used in the map’s creation. OS Terrain 5 was used for elevation data, and OS Open Roads, OS Open Names, OS Open Rivers, and layers from OS Open Zoomstack were used to add additional detail. 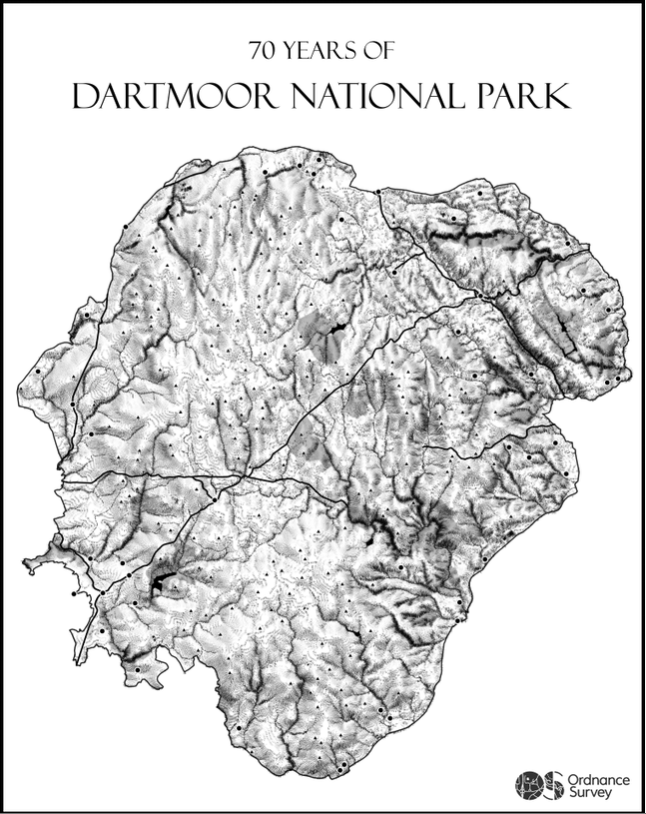 OS Terrain 5 (ASCII grid) was added to the project and clipped to the area of interest. Contours were generated from the DTM by selecting Raster > Extraction > Contour. After some experimentation, I decided that contours set at intervals of 10m best represented the relief of Dartmoor. Slope and aspect rasters were also created from the DTM by selecting Raster > Analysis > Slope and Raster > Analysis > Aspect respectively.

The hachures were created by generating points along the contours, then using the slope and aspect values to determine length, width and opacity of each hachure.

This created a new point layer containing aspect and slope values at each contour point. Next these points needed to be styled in order to make them look like traditional hachures!

Points generated along contour lines at 50m intervals, containing aspect and slope values at each point.

As previously mentioned, the length and opacity of the hachures should vary depending on slope and aspect of each point. This styling was done in the Layer Properties panel under the Symbology tab, as outlined below.

Each contour point was turned into a line by selecting Geometry Generator and setting geometry type to LineString. An equation was written to define how the lines were generated. Hachure lines were created perpendicular to the contours, and the length of the line was determined using the slope value, so that length was dependent on the steepness at that point (longer hachures for steeper, and shorter for flatter).

Next the hachures were tapered so that they were thicker at the base of the contour and tapered to a point. This was done by selecting Interpolated Lines from the layer type dropdown.

Finally, the hachures were shaded using sun direction. The opacity of the hachure lines was calculated (using aspect values) so that it would vary depending on its angle, to create an effect similar to hill shading. This was done by entering relevant equations in the Interpolated Lines layer.

Full details of the equations used to style the hachures can be found in the tutorial. 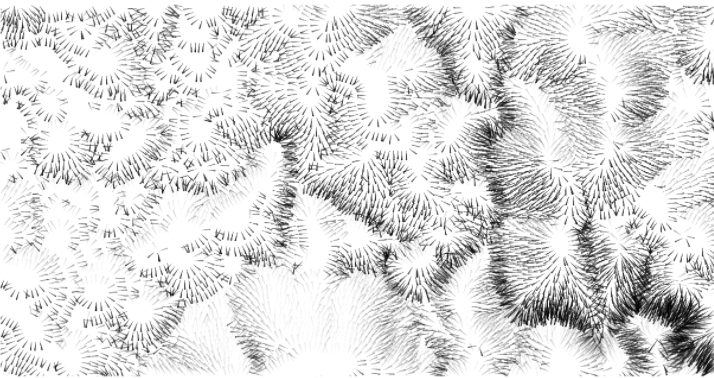 Finally, additional data was added to the map to give it context. I used OS Open Roads and OS Open Rivers to add major roads and rivers. The woodland and surface water layers from OS Open Zoomstack were added to display areas of trees and lakes. Lastly, OS Open Names was used to add place names for major towns and villages, as well the many infamous hills and tors or Dartmoor! I styled all these additional layers appropriately to keep to the monochrome theme. 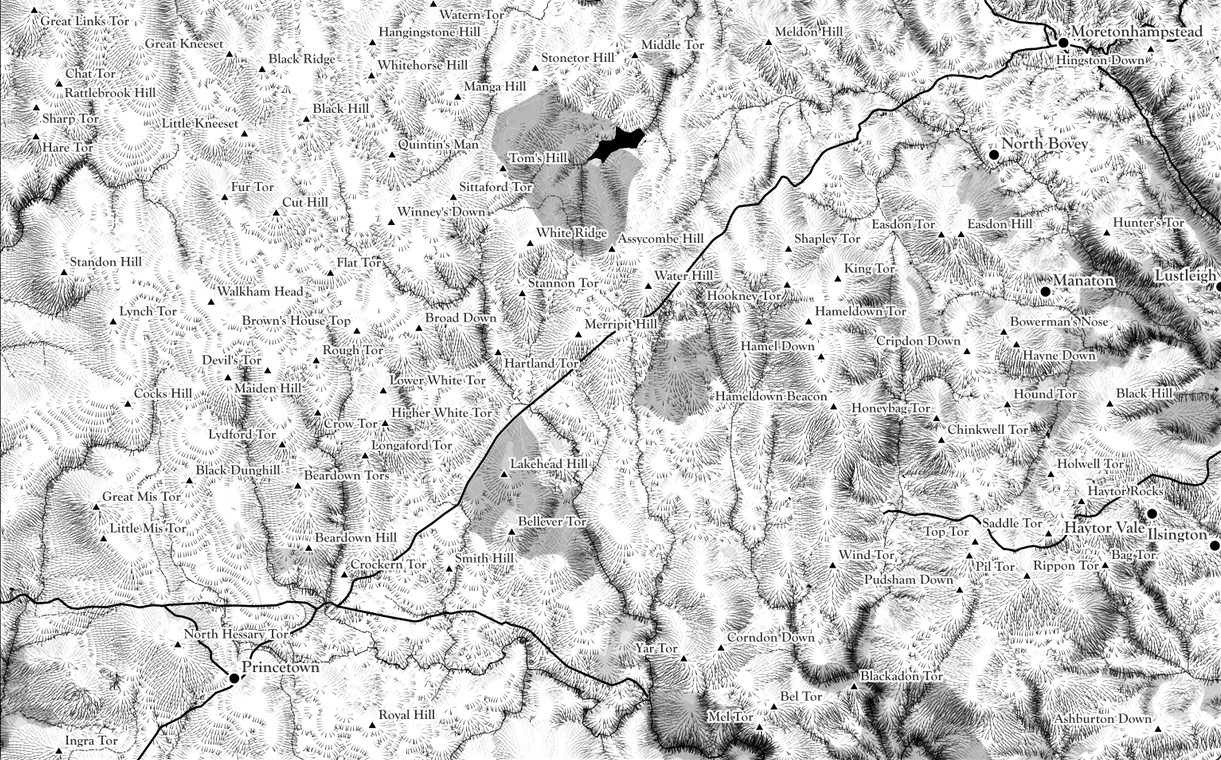 Beautiful new data visualisations of Snowdonia have been produced by O...

Beautiful new data visualisations of Snowdonia have been produced by OS - here's how it was done.