Every so often we receive a tweet from one of our followers saying that they’ve seen an Ordnance Survey plane overhead. Or someone will tweet us a picture like the one below and ask us what we’re up to. The simple answer is that we’re capturing aerial imagery of Britain, as part of our role as the national mapping authority. 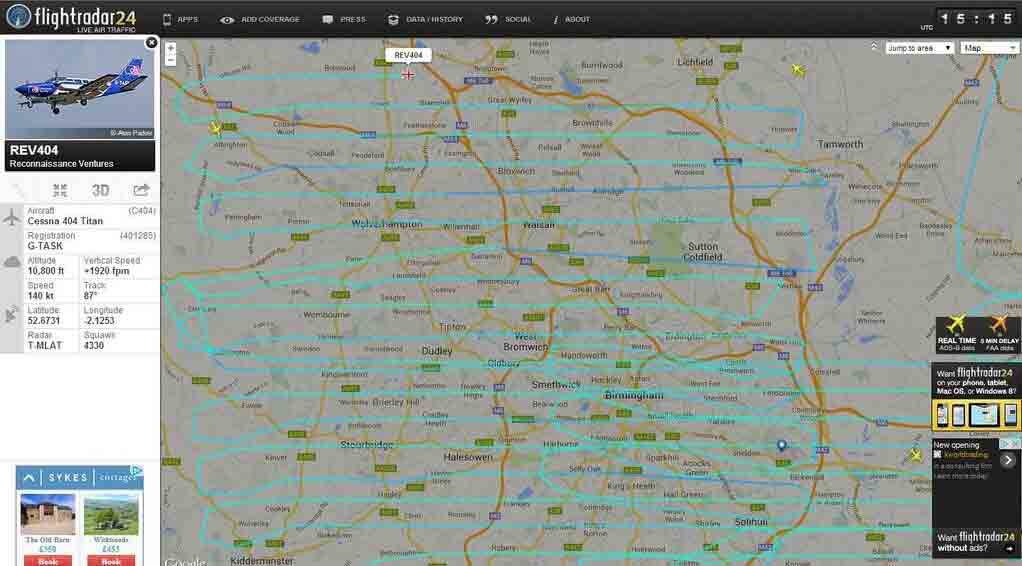 As well as 250 surveyors on the ground working across the country, we operate two aircraft which are used to take aerial photography and are based in East Midlands Airport. They capture on average 50,000 aerial images covering 40 000 km squared of Britain’s urban, rural, moorland and mountain terrain every year.

Our planes are two Cessna 404s called G-TASK and G-FIFA and they each fly with a highly-detailed digital camera – probably one the highest resolution cameras in the country – at 196 megapixels, which allows us to take high resolution images even from the skies. 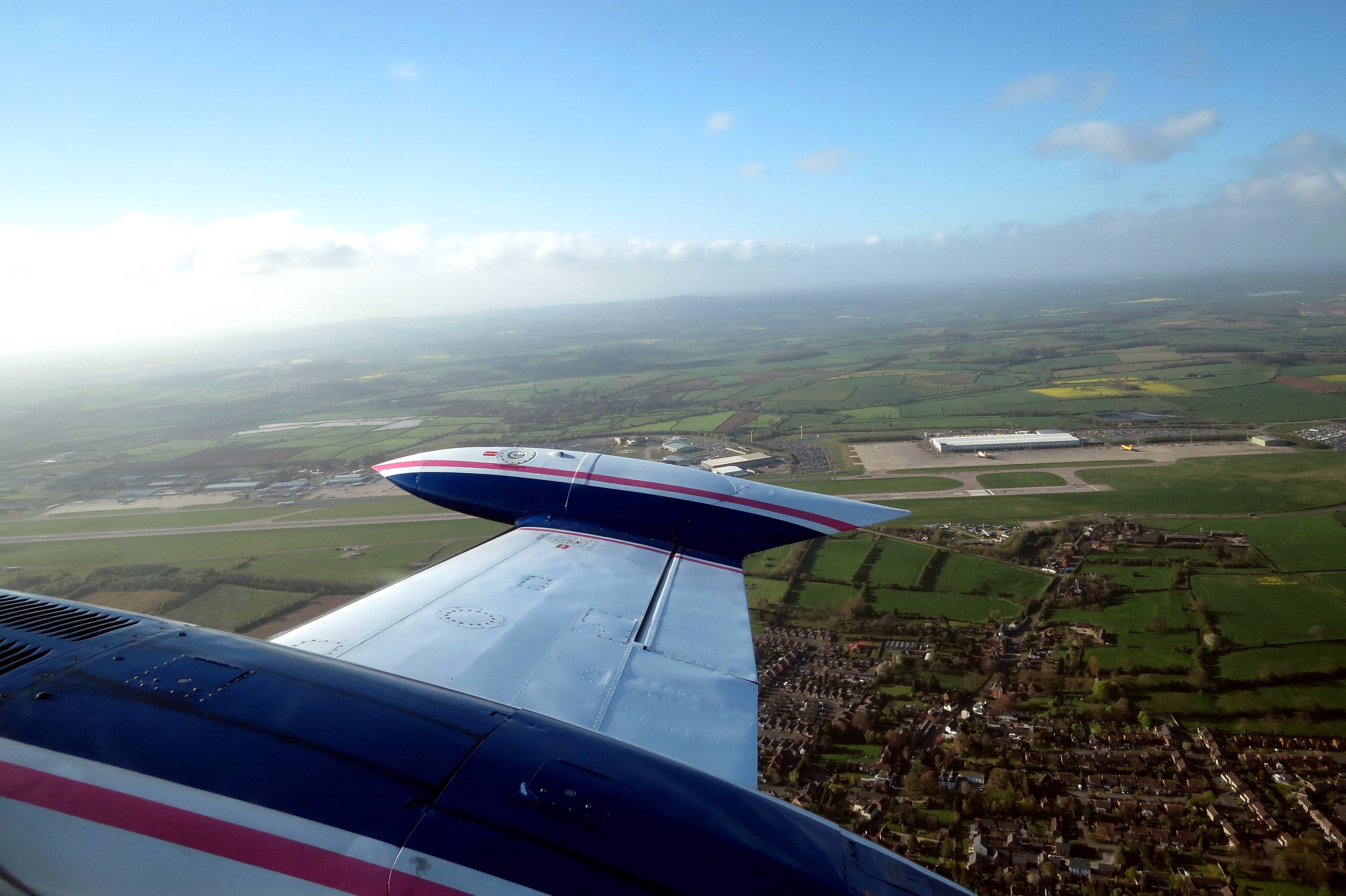 The view from the Cessnas at East Midlands Airport.

Getting aerial photography is obviously dependent on the weather and clearance from Air Traffic Control and we rely on making the most of any bright, clear days to enable us to collect data. Unsurprisingly, the task of planning all of this in, takes a considerable team effort.

Five of our field surveyors work in the Flying Unit on a rotation basis as air camera operators and they got together in January this year, along with some colleagues based at head office to prepare for the 2014 Flying Season. Flight Planning is quite a substantial task, with 138 targets to organise this year, but is essential so that when the first aircraft comes on-line (usually at the end of February) the Flying Team have all the targets planned and are ready to fly.  It isn’t simply a case of planning flight lines for each block of work, but also requires a diligent analysis of CAA Air Charts to understand how the proposed flying fits in within controlled air space. This also requires a good working relationship with NATS, which was helped by a liaison visit to NATS at Swanwick in January.

The team also have to set-up the aircraft for the new season. On the ground in their office this means testing the data server, data transfer system, all associated IT systems and general office equipment. The aircraft set-up involves installing the digital camera system and all its components – one digital camera is stored at the end of the season and the other sent to Vexcel in Austria for calibration and maintenance. This is required considering these cameras are capturing 50,000+ images each year.

Once the aircraft is set-up, one of the initial tasks is to fly a pre-defined site to helps us calibrate the system – which enable the demanding accuracies we require for aerial triangulation. The work of the air camera operator requires an exceptional amount of focus and dedication and often means working odd hours and days to fit in with good weather windows over planned targets. Each year the good weather is unpredictable and the capture of photography ebbs and flows. So far this year we’ve had some good spells of weather and flown some key targets, including all of those needed for the Commonwealth Games in Glasgow this year.

The team do, however, get an excellent opportunity to capture some amazing photos while they’re travelling to and from the targeted areas – take a look at these from air camera operator Roger Nock. 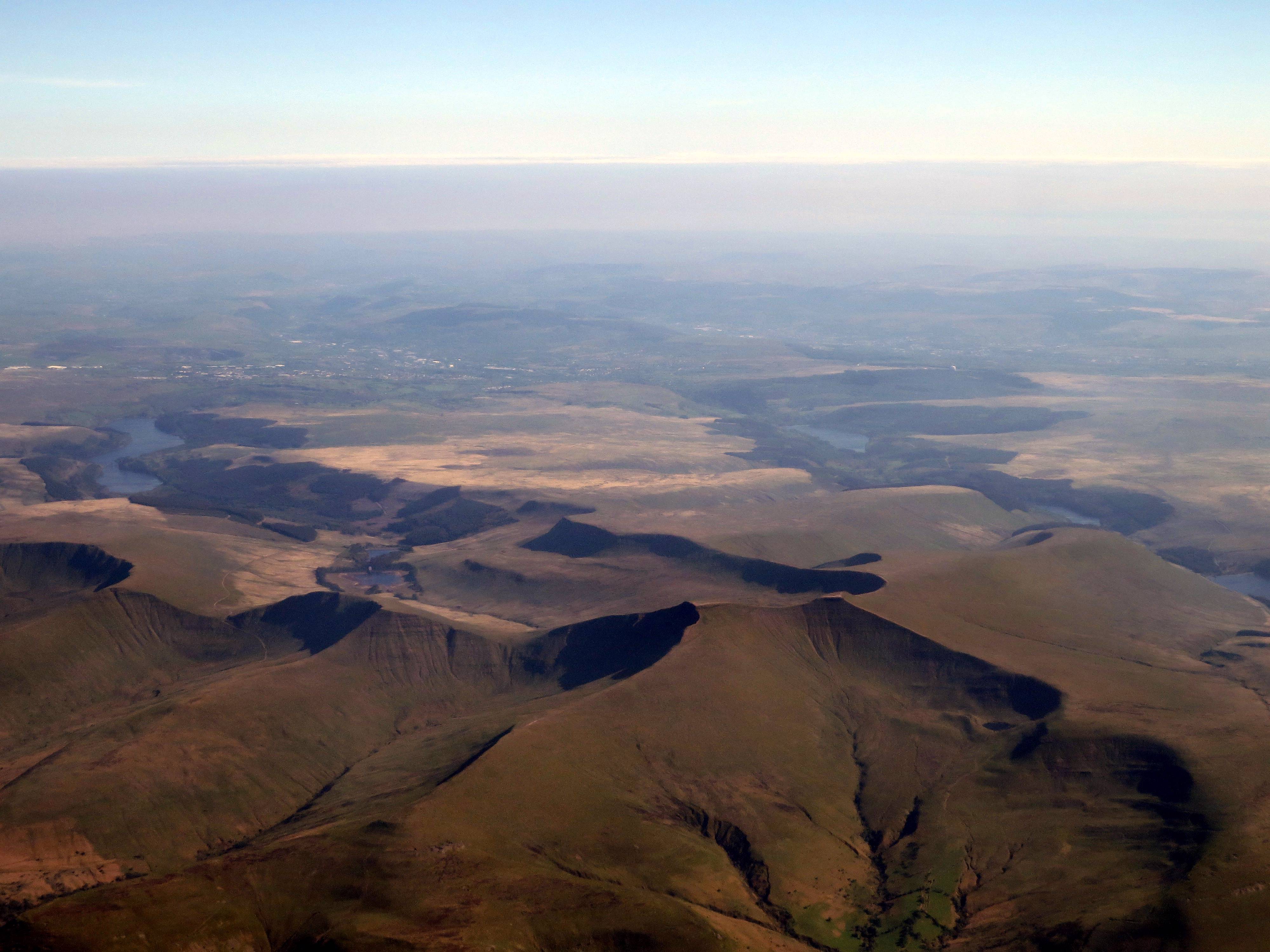 Looking out over the Brecon Beacons. 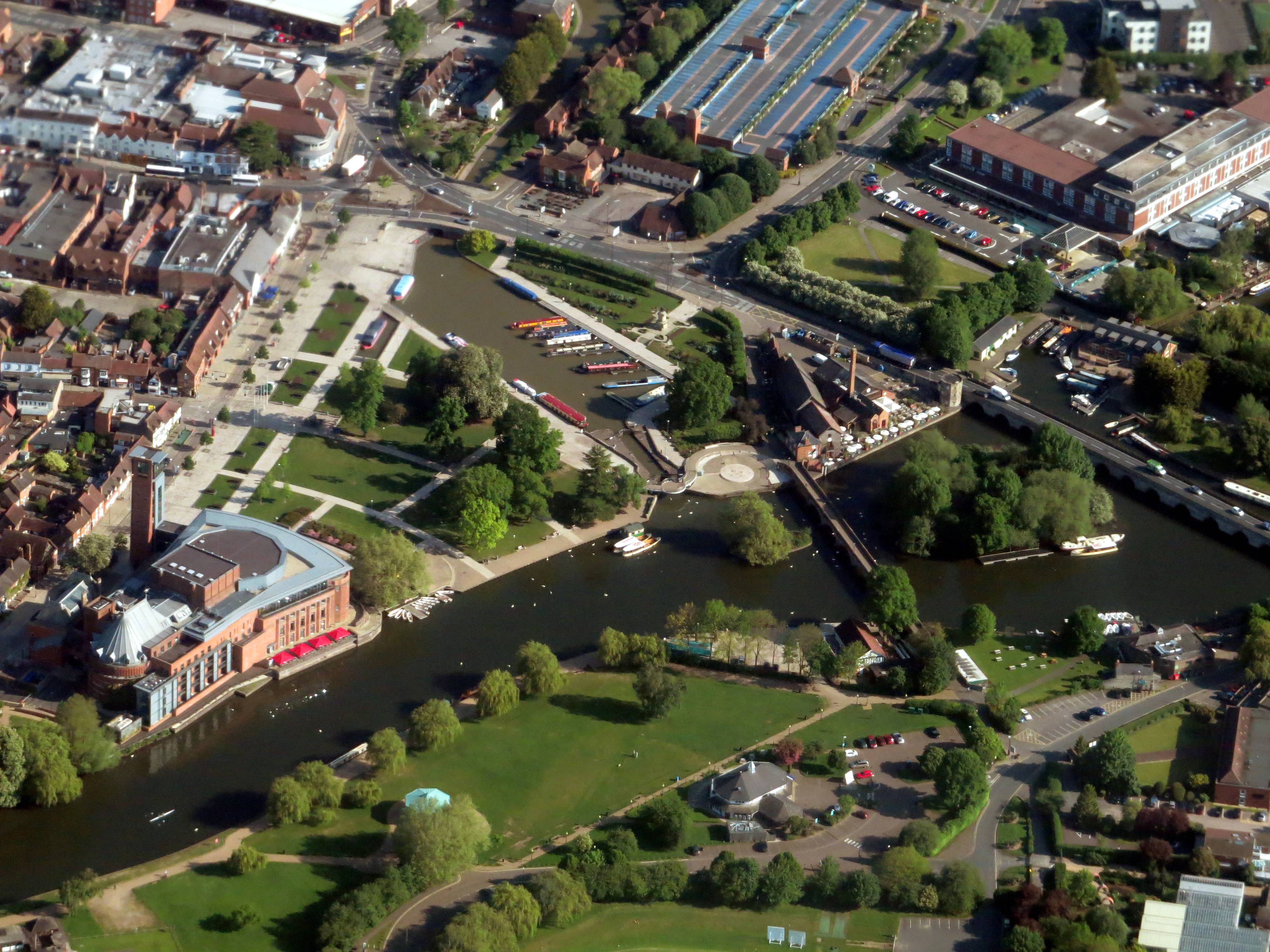 Based out of East Midlands airport, our team are getting to grips with...

Our Flying Team were prepared for some changes in 2020 as they were mo...

Based out of East Midlands airport, our team are getting to grips with some new technology and a new aircraft for the 2019 flying season.

Our Flying Team were prepared for some changes in 2020 as they were moving base and flying in a new aircraft, but Covid-19 had a bigger impact.