You may know that the origins of Ordnance Survey go back to a triangulation survey carried out for King George III and The Royal Society between 1784 and 1790.

The survey was determining the relative positions of the Greenwich Observatory and L’Observatoire de Paris, and measuring the distance between the two observatories.  Major General William Roy FRS RE, carried out the survey under the authority of the Master General of the Board of Ordnance, and Roy’s first action was to measure a survey base-line across Hounslow Heath during the summer of 1784. 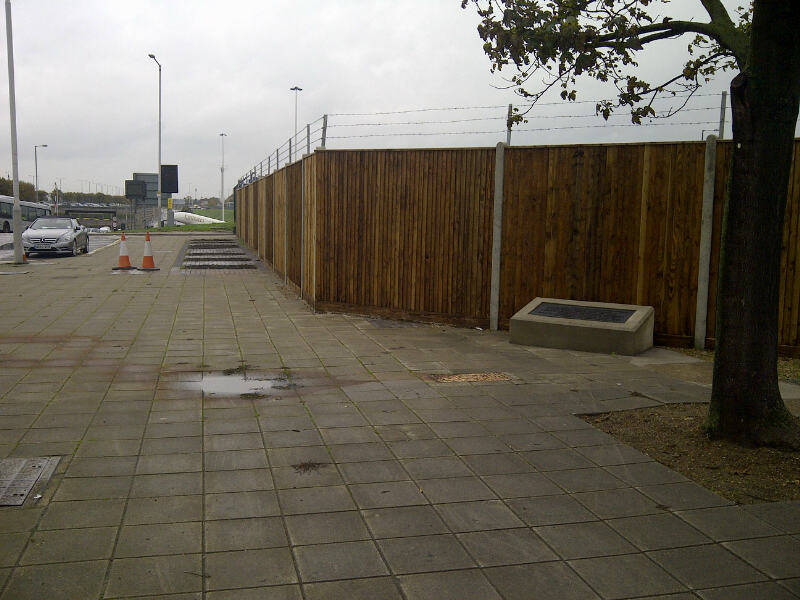 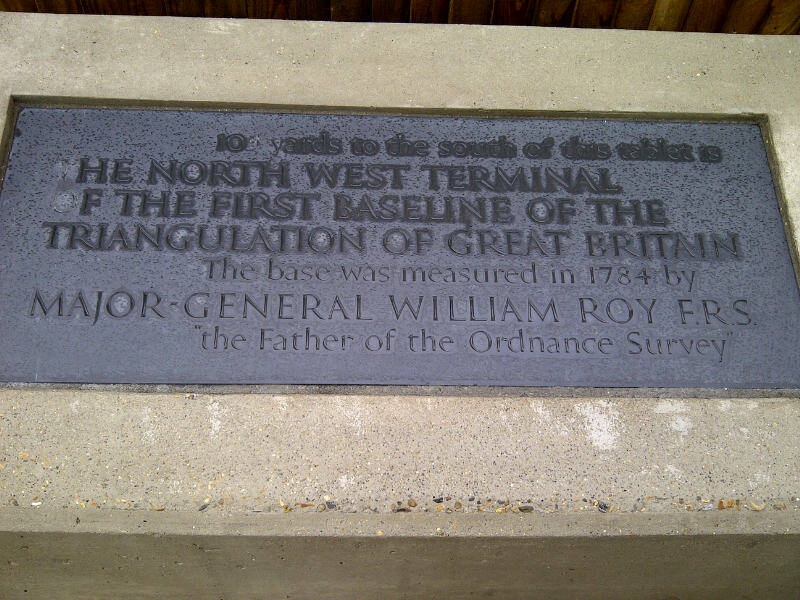 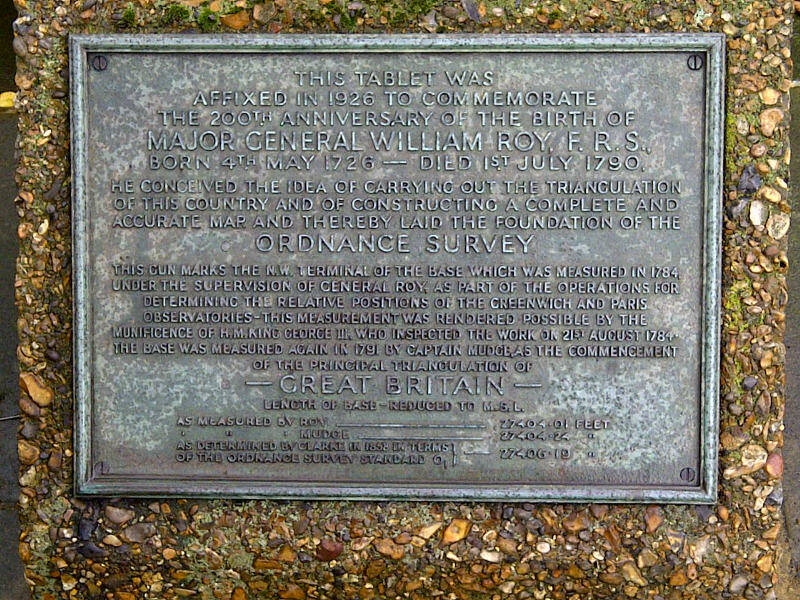 The two terminals of this base-line are marked by contemporary military cannon set in the ground muzzle upward. The north-western portion of the base-line is now occupied by Heathrow Airport. As a result, the north-western terminal now lies just north of the Northern Perimeter Road of the Airport, adjacent to Nene Road. It’s approx. 200 metres east of the northern entrance to the tunnel which provides access to Terminals 1 -3 of the Airport and also within 150 metres of the Bath Road, the route of the ancient Great West Road. King George III and other dignitaries of the time would have travelled between London and Windsor Castle using this road, and would have used it to visit William Roy and his survey party as the 1784 survey work progressed. 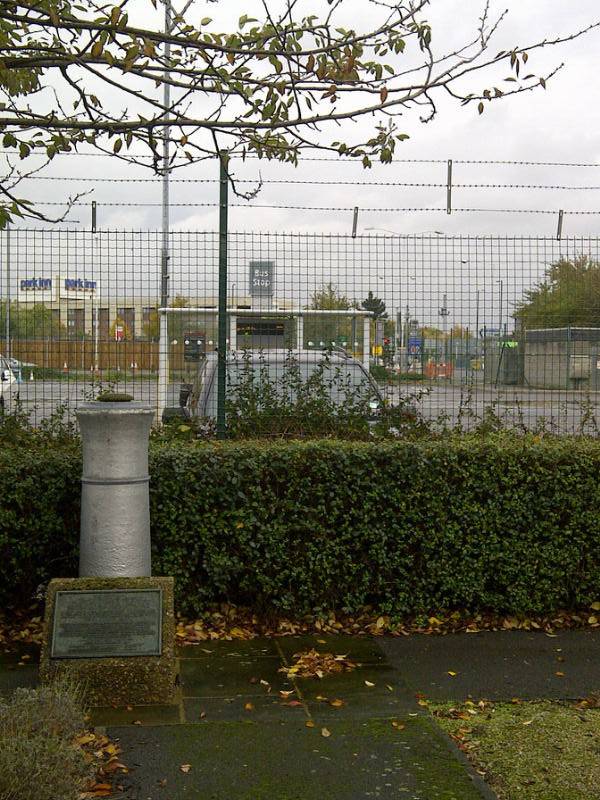 Until recently the presence of the cannon and the significance of the site were also marked by an inscribed slate plaque set into the south wall of the Nene Road Metropolitan Police Station some 100 metres to the north of the cannon.  Recent redevelopment plans have resulted in the relocation of the Police Station and the demolition of the building. However thanks to the generosity of Heathrow Airport Ltd., their contractors have remounted the plaque on a specially made masonry plinth within 20 metres of its original position, on the north western side of the adjacent Nene Road Roundabout. Through this act of goodwill by the Airport, you can still visit and identify the site which has importance to the history of British national mapping. 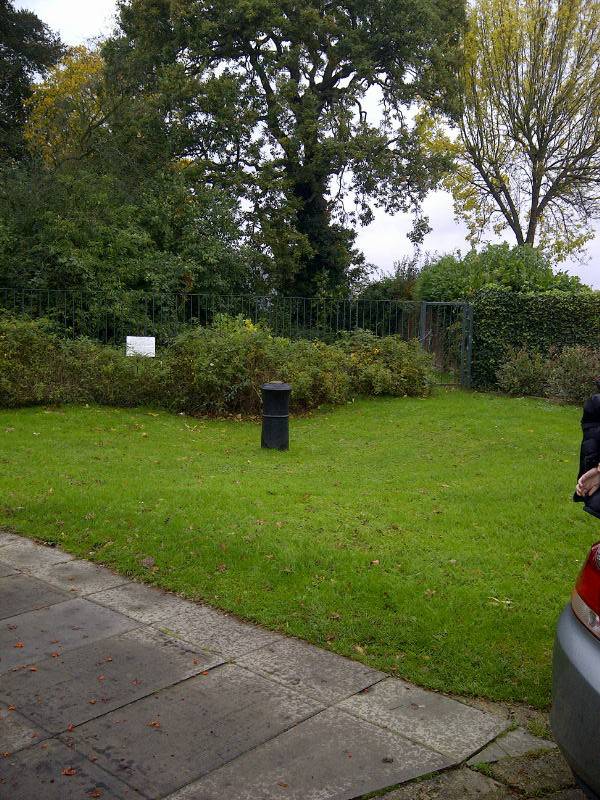 Katie Benn and Phil Watts from Corporate Office were recently invited to Heathrow by the Airport authorities to view and approve the re-sited plaque and its relationship to the cannon, which, with its own smaller information tablet, remain in situ in a small partially enclosed “garden” area nearby.

The south-eastern terminal is situated at the end of the aptly-named Roy Grove, Hampton on Thames, and is also marked by a cannon and plaque.