It’s 70 years since the 1949 Act of Parliament that began the family of National Parks in Great Britain, and our GeoDataViz team have created a stunning poster to showcase the varied landscapes of our 15 beautiful National Parks. 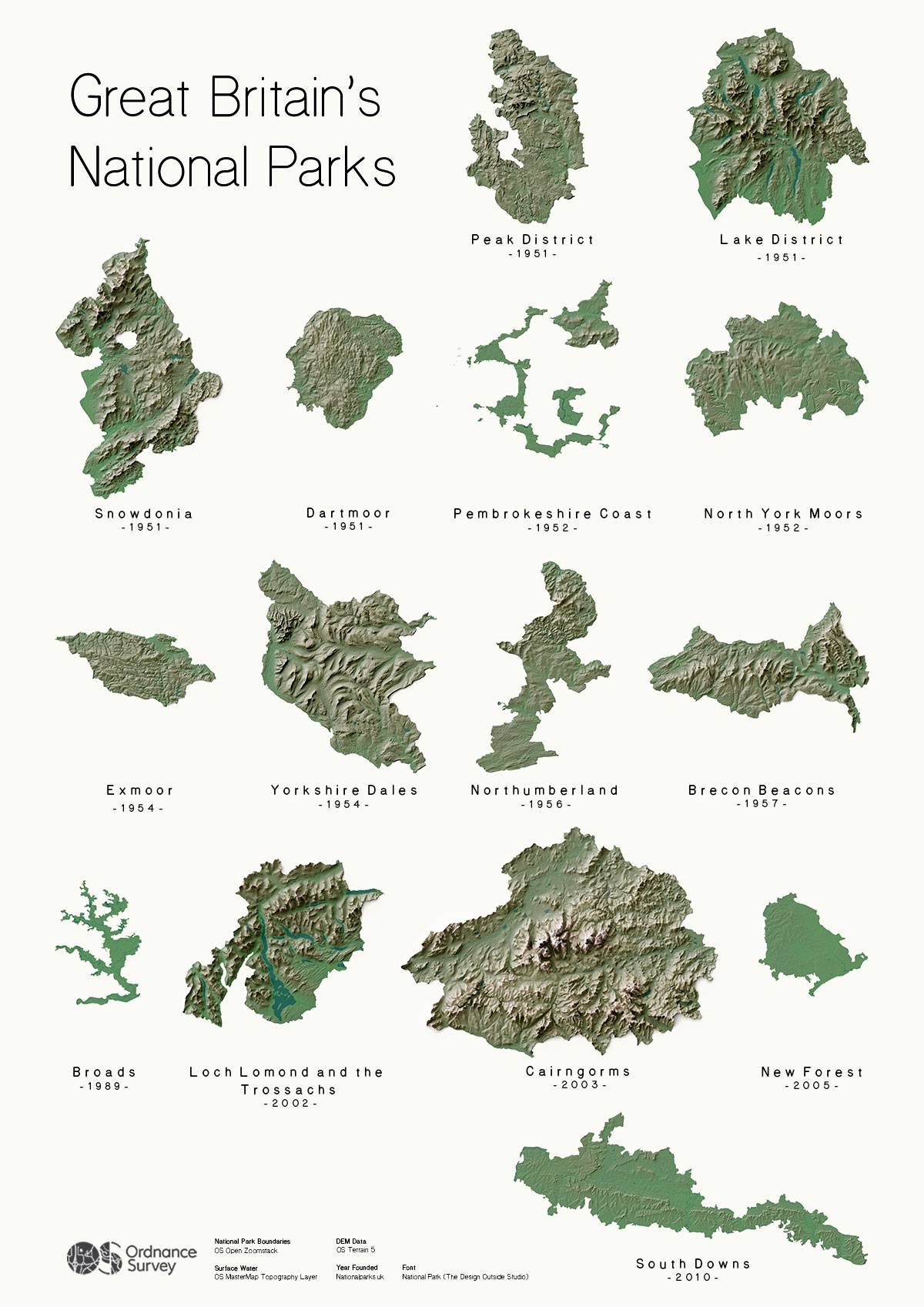 You can buy this poster in the OS Map Shop!

Covering a combined area of 23,138 km2 (that’s around 10% of Great Britain and an area slightly larger than Wales) the National Parks offer us a stunning variety of landscapes to explore. With two parks in Scotland, three in Wales and ten in England, they’re accessible to many of us, no matter where we live.

National Parks fortnight kicks off on 6 April, so what better time to be inspired to visit one, and try out some of the 61,000 km of paths to follow? 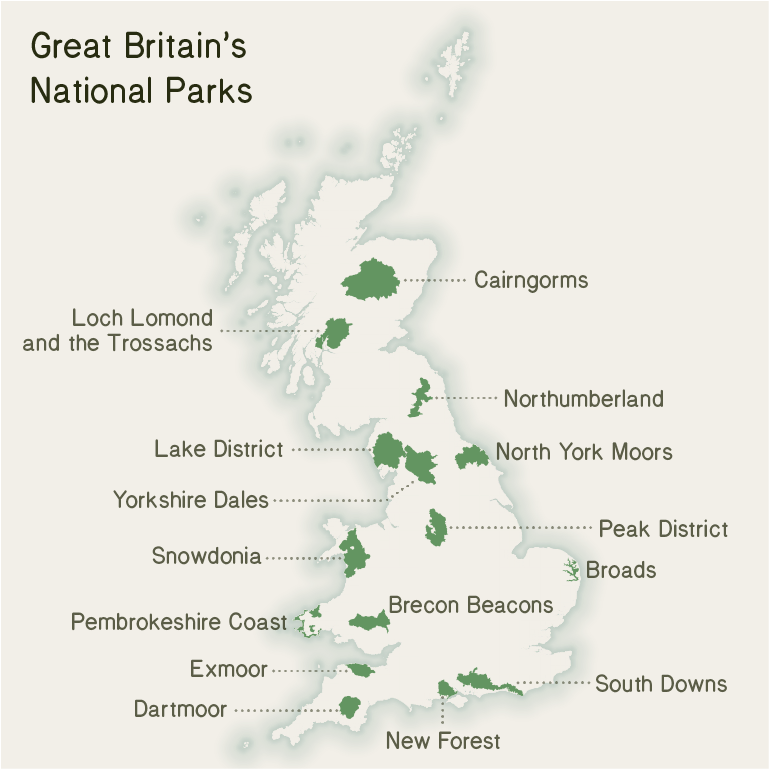 Joe Harrison in our GeoDataViz team created the beautiful artwork, building on his experience of creating the Great Britain’s islands poster last year. The poster was produced using a variety of software, including PostGIS, ArcMap, Blender, QGIS and Adobe Photoshop. We used a range of our data to showcase the National Parks, including OS Terrain 5, OS Open Zoomstack and OS MasterMap Topography Layer.

Joe’s process for creating the National Park images was inspired by Daniel Huffman at SomethingAboutMaps. It contains a step-by-step guide on how to create shaded relief in Blender. The steps were: 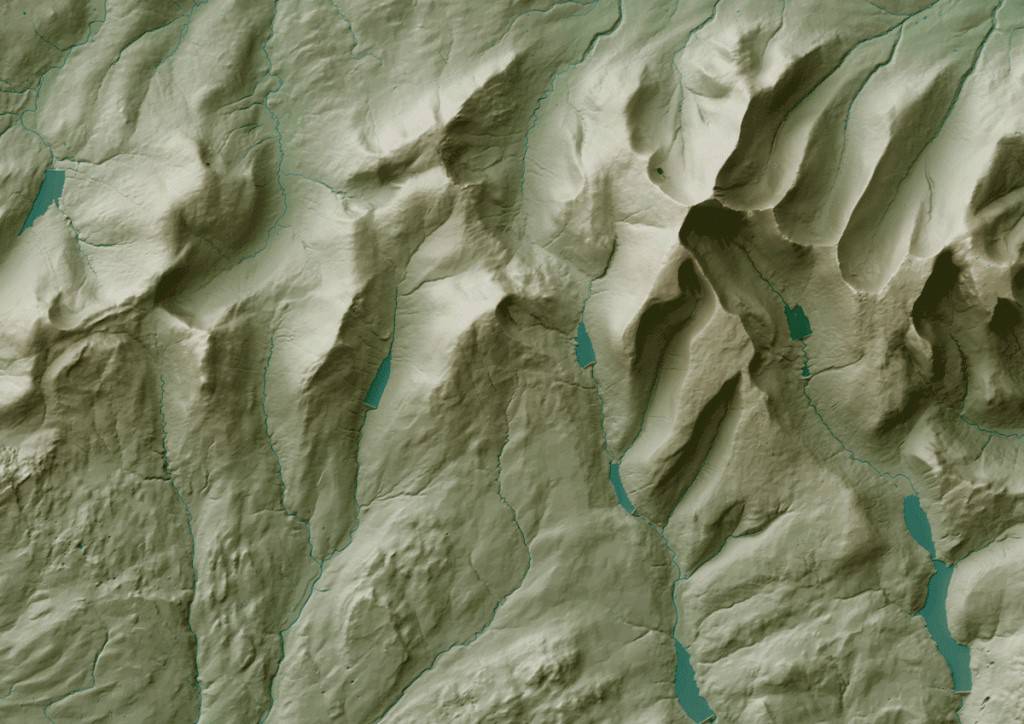 Joe gave each park a 3D look and feel – this is the Brecon Beacons.

The colour scheme was inspired by historic OS One Inch Tourist Maps and other older, more traditional maps that use natural colour palettes. It was a huge amount of work for Joe and a real labour of love to create each National Park, you can use our zoomed in images to appreciate the detail in each image.

Once each National Park was finished, it was a matter of lining each one up for the poster. The parks are ordered by the year they were created, from the Peak District in 1951 down to the South Downs in 2010.

From mountains to moorland to coast, there is something for everyone in our National Parks. Unsurprisingly, the Pembrokeshire Coast boasts the longest coastline at 418 km, while just six of the parks have no coastline at all (Brecon Beacons, Cairngorms, Dartmoor, Northumberland, Peak District and Yorkshire Dales). 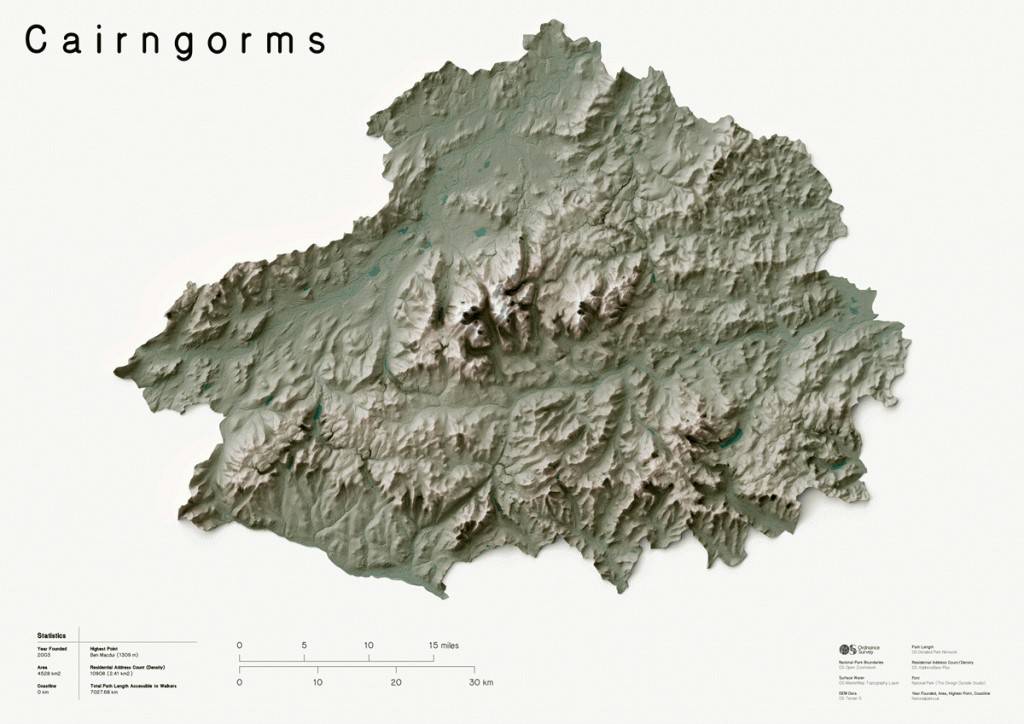 The Cairngorms is the largest national park by area.

Most paths for walkers:

See the individual National Parks in our Flickr album.

See more information about how Joe created the poster (PDF).

Get ideas to explore our National Parks on our GetOutside blog.

We've teamed up with our friends at the Lake District and Dartmoor Nat...

We've teamed up with our friends at the Lake District and Dartmoor National Parks to find two front cover images for the new edition OS Explorer maps.