Code sprints: essential to the development of open standards and software

Software developers are invited to join a code sprint!

The Open Geospatial Consortium (OGC) has organised a code sprint, along with two other organisations which promote open source software: the Open Geospatial Foundation (OSGeo) and the Apache Software Foundation (ASF). Both OSGeo and ASF have several projects which implement OGC data standards.

At Ordnance Survey, we think it’s essential to encourage OS developers to be part of the conversation and development of the open data standards used in our products and services. That’s why we are sponsoring OGC’s code sprint event, and as an OGC member, we implement many OGC standards on the OS Data Hub.

We will be releasing new data capabilities this year, which we continue to build on OGC standards - learn more about the OGC standards that power the OS data hub.

We will also cover all the standards from the OGC API suite (and you can learn more about OGC APIs). The Apache SIS library and the pygeoapi server are some of the software projects that will be covered in the code sprint.

What are Open Standards?

The term "standard" is often associated with technologies approved by formalized committees that are open to participation by all interested parties and operate on a consensus basis. The Open Geospatial Consortium (OGC) is an organization which develops and maintains open standards for interfaces and encodings that enable interoperability between geoprocessing systems from different developers.

What is Open Software?

Open Source is a model for developing and licensing software, in a public and collaborative manner, which promotes early publishing and frequent releases. “Free” software goes beyond the scope of the development model and aims to also protect some freedoms of the user. “Free” is used as in “free speech”, and not “free beer” (e.g.: price). Although not all open software is free, all free software is open source.

We would like to celebrate those matches in this code sprint.

To engage with other developers in the geospatial arena, the OGC are hosting the code sprint event, where they aim to tackle some of the issues in the development of open standards and software.

This Code Sprint is a three day virtual event, where dozens of developers from around the world come together to code and share their ideas. This code sprint will take place from the 8th through the 10th of March, on the OGC events discord server. 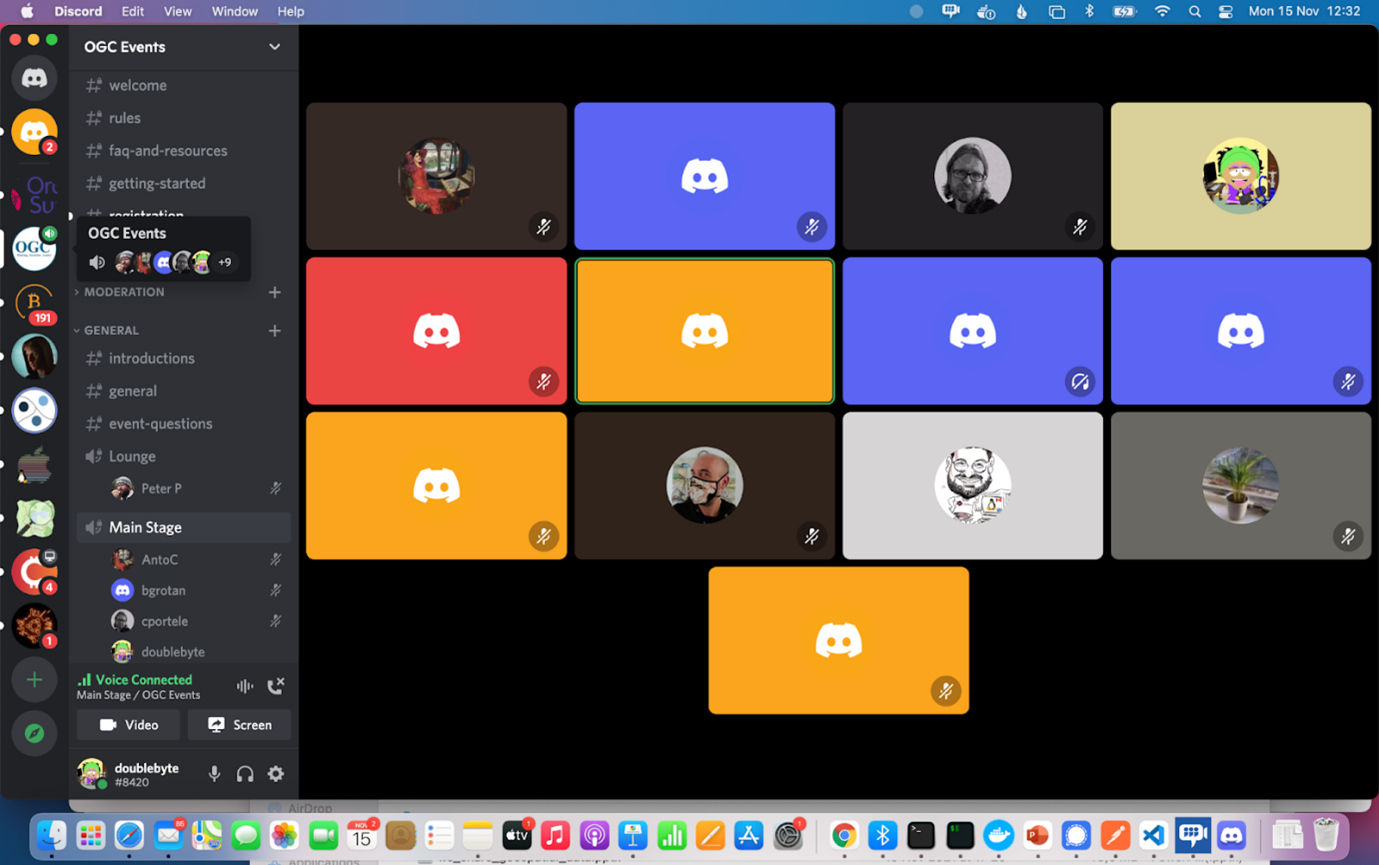 Screenshot of a previous code sprint on the OGC events discord channel.

You can find more information about the event, including a link to the registration page, on this link: https://developer.ogc.org/sprints/15/

For more information around our products and services, check out the OS Data Hub where you can find documentation and code examples.

Hope to see you there!

The OGC standards that power the OS Data Hub

Exploring the formats and advantages of standards when sharing geospat...

Tips from the OGC on how to access geospatial data.

The OGC standards that power the OS Data Hub

Exploring the formats and advantages of standards when sharing geospatial information.

Tips from the OGC on how to access geospatial data.