With such varied and comprehensive datasets, we often find our mapping being used in interesting and unexpected ways. Upon discovering the #HogsOnRoads appeal, we decided to find out more…

The study found that around 9% of the 400,000 km of road in Britain is particularly dangerous for hedgehogs. The research identified the outskirts of cities in central Britain as blackspots, with grassland areas and the outskirts of urban areas carrying the highest risk.

Despite forming a relatively small proportion of the total road network, major roads are also particularly hazardous. Many of the high-risk locations were in central Britain, southern Wales, the outskirts of London, north-east England, and the Central-Belt of Scotland. 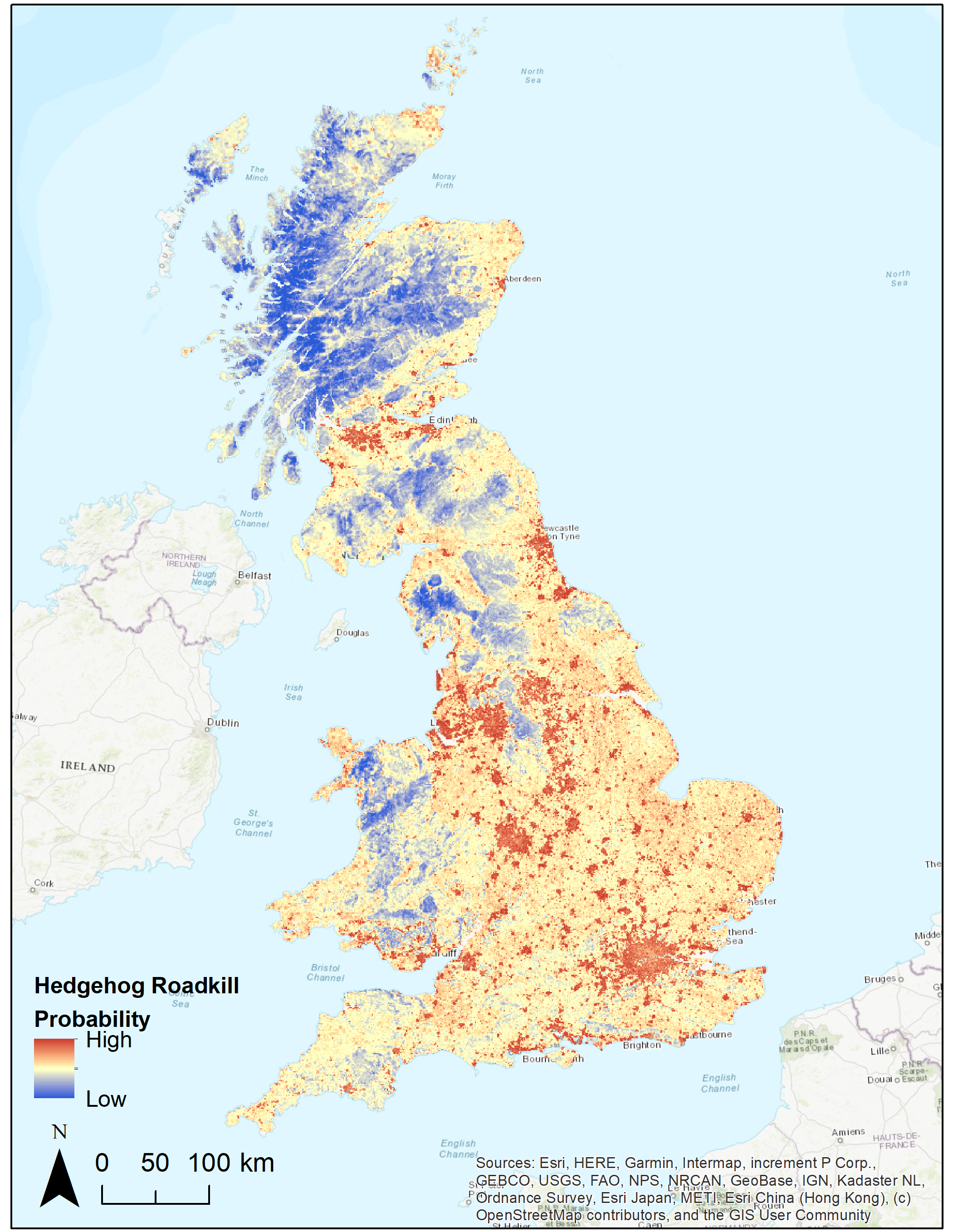 Seasonal trends were assessed using a Generalised Additive Model. There were fewer casualties in winter—the hibernation season for hedgehogs—with a gradual increase from February that reached a peak in July before declining thereafter.

Using OS MasterMap Topography Layer and OS Open Roads further, the Mammal Society created an interactive map. This map enables users to find out if there are any high-risk roads near them and to see the probability of hedgehog roadkill in their area.

As a Mammal Society scientist and one of the authors of the paper, Patrick Wright states: “We used OS road data because it’s a great source of data providing information on roads at a national scale. Thanks to the availability of open source datasets such as OS data, we now know where and when hedgehog road fatalities occur. This means that we will eventually be able to target our efforts to reduce hedgehog roadkill.”

Looking to get involved?

This is the first step in a much larger project for the charity. From here, they plan to carry out further studies to find out whether introducing speed limits in high risk areas could reduce the likelihood of hedgehog road deaths.

You can help by using the Mammal Mapper app to record signs and sightings of hedgehogs and other wild mammals in the UK.

If you would like to help fund work to reduce hedgehog road deaths, you can donate to the Mammal Society’s #HogsOnRoads appeal.

Can you help colour London’s buildings?

Colouring London is a free platform set up to crowdsource information ...

Can you help colour London’s buildings?

Colouring London is a free platform set up to crowdsource information and share expertise on London’s buildings to make the city more sustainable.