Exploring the responsible use of location data

Digital data as an asset is generated and traded differently to finite commodities. If there is a parallel to be drawn with oil, it is in data’s transformative effect on the global economy. Data is “to this century what oil was to the last one: a driver of growth and change.”

The effect of ‘big data’ on the world’s economic order is clear: The European Union (EU) has valued the European data economy at $286 billion, while the World Economic Forum has valued the global data economy at $3 trillion. As of 2019, five of the world’s largest six companies by market capitalisation; Microsoft, Apple, Amazon, Google and Facebook, could all be described as data firms.

As with oil, as the economic opportunities offered by data have expanded, so too have the associated risks and ethical issues surrounding its use. Data breaches are becoming more common; the two largest data breaches to date have each exposed over one billion personal records. After the Cambridge Analytica data scandal in 2018, which saw unauthorised access to Facebook users’ data, $119 billion was knocked off Facebook’s market value. 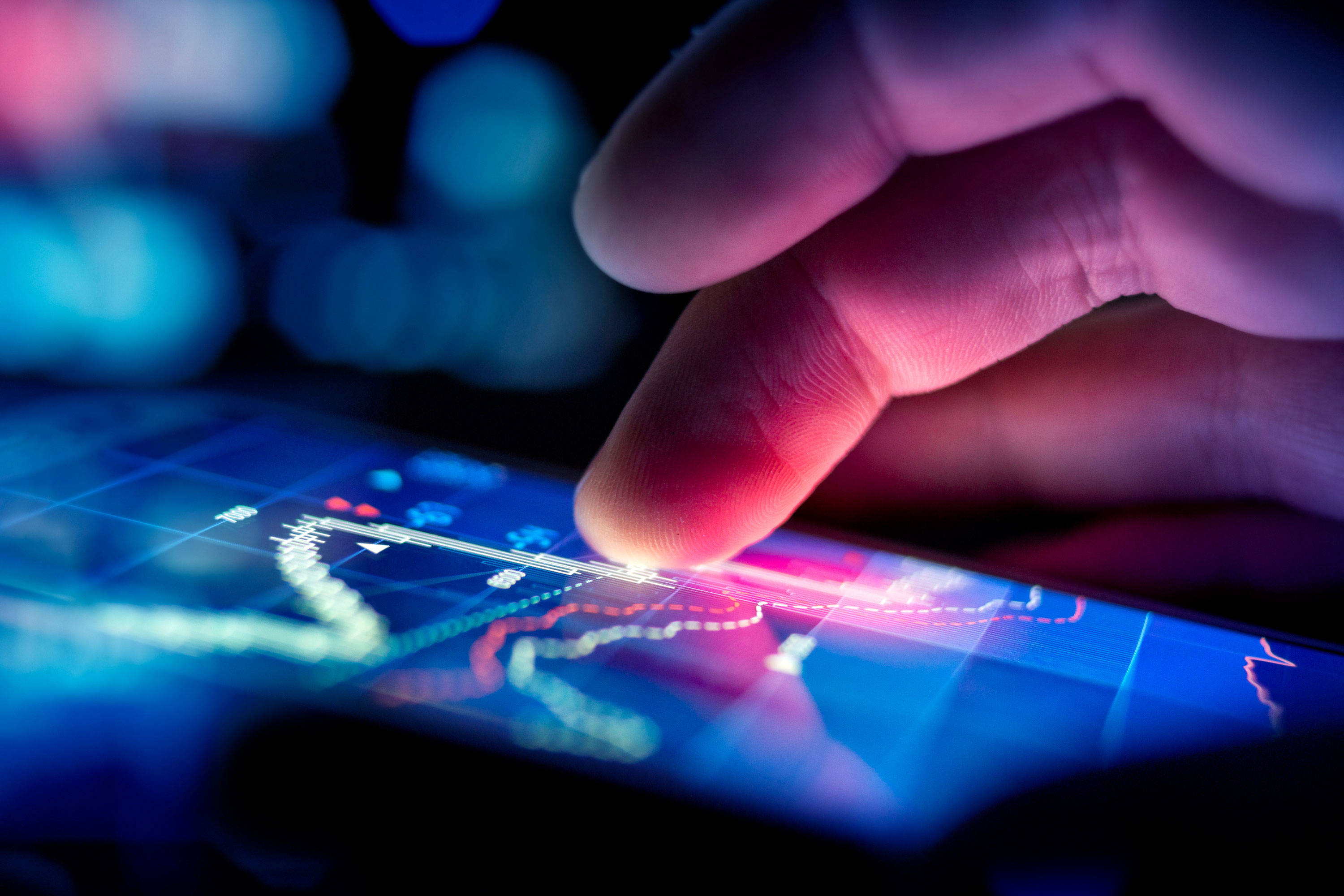 Location data is a fundamental enabler of technology and digital services, and has become so ubiquitous that we barely notice our reliance on it.

While location data is not often the focus of attention-grabbing headlines, as one of the most fundamental types of metadata it offers unique potential for innovation. Conversely, its collection and monetisation raise pressing ethical concerns.

Beyond driving the digital economy, geospatial data also enables insights about human behaviour and our impact on the world around us. Chistopher K Tucker, Chairman of the American Geographical Society, uses location data to illustrate the impacts of humanity’s invisible waste products on the planet’s physical geography and the ecosystems it supports in his 2019 book A Planet of 3 Billion. Surviving the climate crisis will depend on our ability to monitor our environment using geospatial tools, argues Tucker.

Because location data is a fundamental enabler of technology and digital services, it has become so ubiquitous that we barely notice our reliance on it. According to Pew research, across developed economies, 76 percent of people own a smartphone. In practice, this means almost every adult has one in their possession at all times. Our phones are just one of an ever-increasing range of connected mobile devices that are sending and receiving location data constantly. Geospatial data, along with timestamps, are the two metadata categories that can provide traceability to real-world scenarios, providing meaning to all the other data we generate, consume and transmit. 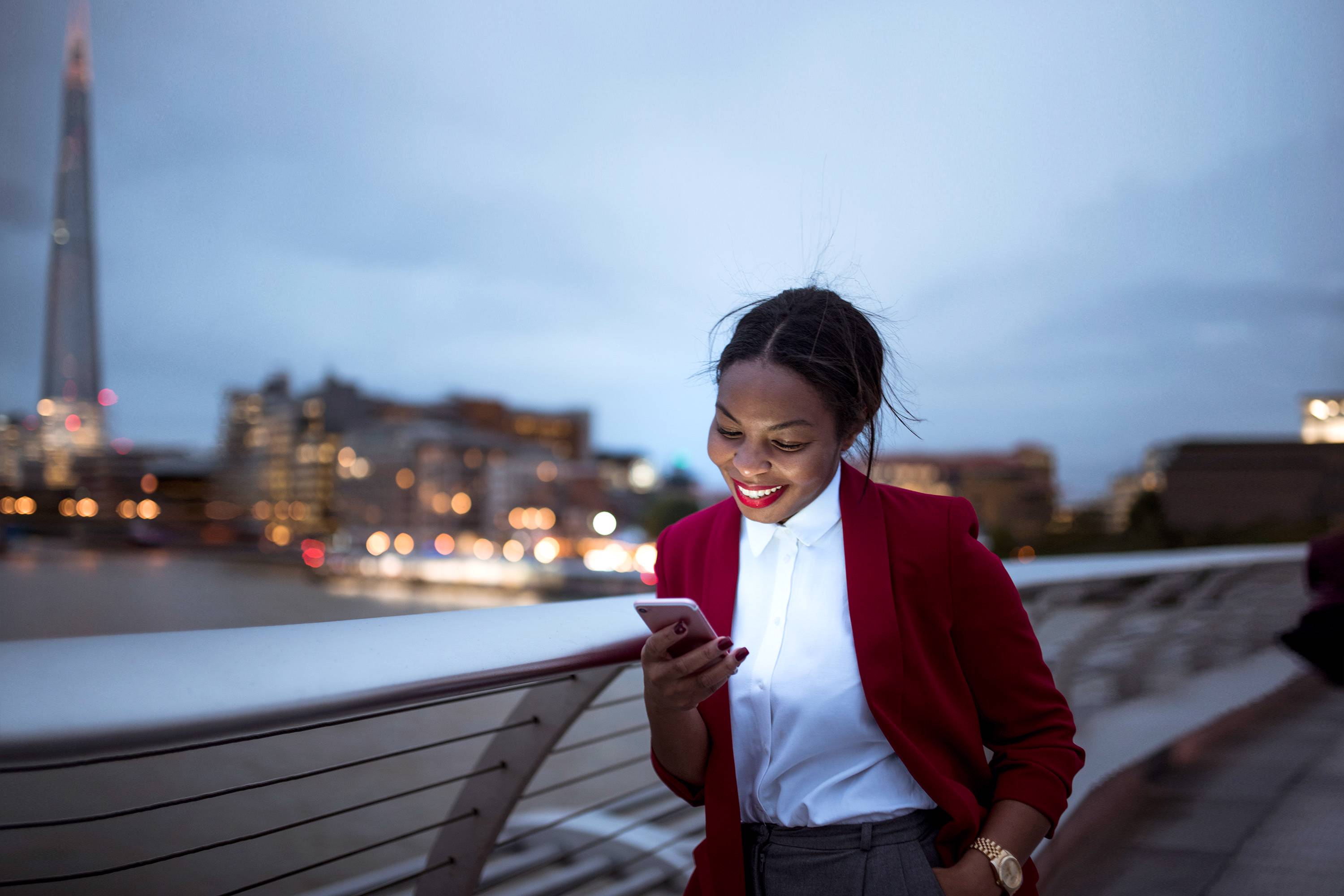 Our phones are just one of an ever-increasing range of connected mobile devices that are sending and receiving location data constantly.

Because of its power to locate events and people in physical space precisely, location data brings with it heightened risks of revealing personally identifiable information (PII), even when anonymised, especially when combined with other data types. As a New York Times investigation found, there is a market worth $21 billion per year in the US in collecting and trading location about smartphone users, often without their knowledge. Research also suggests it takes just four points in time and space to identify 95% of individuals. 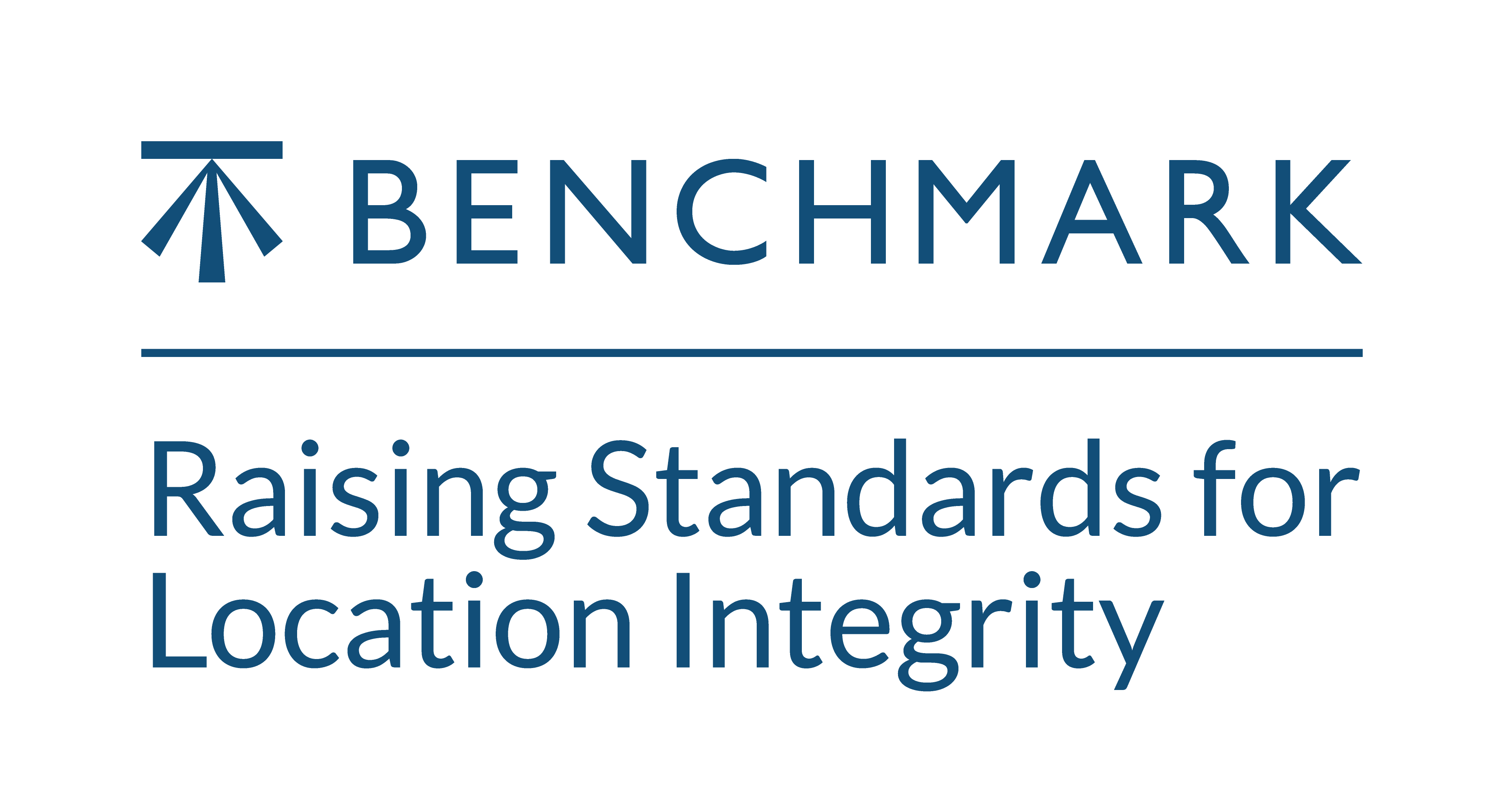 The Benchmark Initiative is delivered by Geovation, supported by the Omidyar Network.

The Benchmark Initiative is an exciting new initiative exploring the challenges and solutions in the responsible use of geospatial and geo-enabled data.

Below is a short introduction to some of the themes that will be explored in the Benchmark lecture series.

It’s not just map and navigation apps that collect location data. Around 90 percent of apps have tracking software inserted into their code, known as “third-party trackers”, which allow them to collect location and other types of data:

"Such networks link activity across multiple apps to a single user, and also link to their activities on other devices or mediums like the web. This enables construction of detailed profiles about individuals, which could include inferences about shopping habits, socio-economic class or likely political opinions. These profiles can then be used for a variety of purposes, from targeted advertising to credit scoring and targeted political campaign messages."

The privacy, security and legal implications of third-party trackers are far-reaching, and are almost entirely opaque to the average user.

Location data in the hands of repressive governments can be used to identify individuals involved in protest or civil action. A notorious example was during events that led up to the 2014 Ukraine revolution. During the unrest that preceded the deposition of the government, a protest was organised in Kiev’s central square. Attendees were later sent a text message that said: “Dear subscriber, you are registered as a participant in a mass disturbance.” It is thought that cellphone tower information was used to identify the protesters who attended, based on their location at the time.

The issue of ownership of location data is, like other data types, the subject of some debate. There are growing calls for the producers of data, or the “data subjects” to use the EU General Data Protection Regulation (GDPR) terminology, to be acknowledged as its owner, including by Facebook co-founder Chris Hughes. Such arguments posit that data subjects should therefore be recipients of a “data dividend”, as owners of the data’s value.

However, not everyone agrees that data subjects should own the data about them. There is another school of thought that attributes ownership to the entity that collected or processed it. Clive Humby, who with Edwina Dunn pioneered the Tesco Clubcard stressed that data needs to be refined to be valuable.

“Data is the new oil. It’s valuable, but if unrefined it cannot really be used. It has to be changed into gas, plastic, chemicals, etc to create a valuable entity that drives profitable activity; so must data be broken down, analysed for it to have value.”

There is an argument that data itself doesn’t hold inherent value, but can acquire value when it is processed and can be considered useful. From this perspective, companies like Facebook and Google, whose revenues depend on user-generated data, are at least partially entitled to benefit from its use, since they are the ones that collected and processed it into a format where it can be used.

The uses, opportunities and ethical challenges associated with the collection, use and processing of location data touched on in this introduction will be explored further in the following Benchmark Initiative Lectures.

By discussing location data ethics we aim to influence best practice in geospatial techniques and encourage fair and transparent practices in the implementation of services that make use of geospatial data moving forward.

Learn more about the Benchmark Initiative.

Ben is Benchmark's lecture series Director. He is also an experienced public policy specialist on smart cities and the digital economy, Ben is an Associate Director at the Connected Places Catapult, the UK’s innovation body for smarter places, and manages the Catapult's URBAIN network for AI applications for cities. 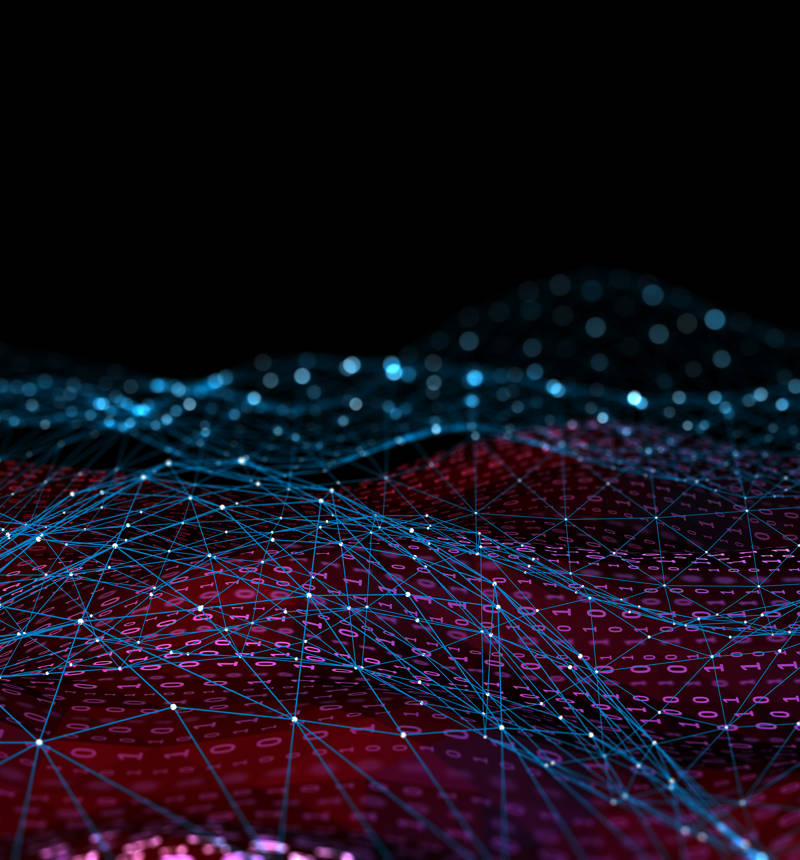 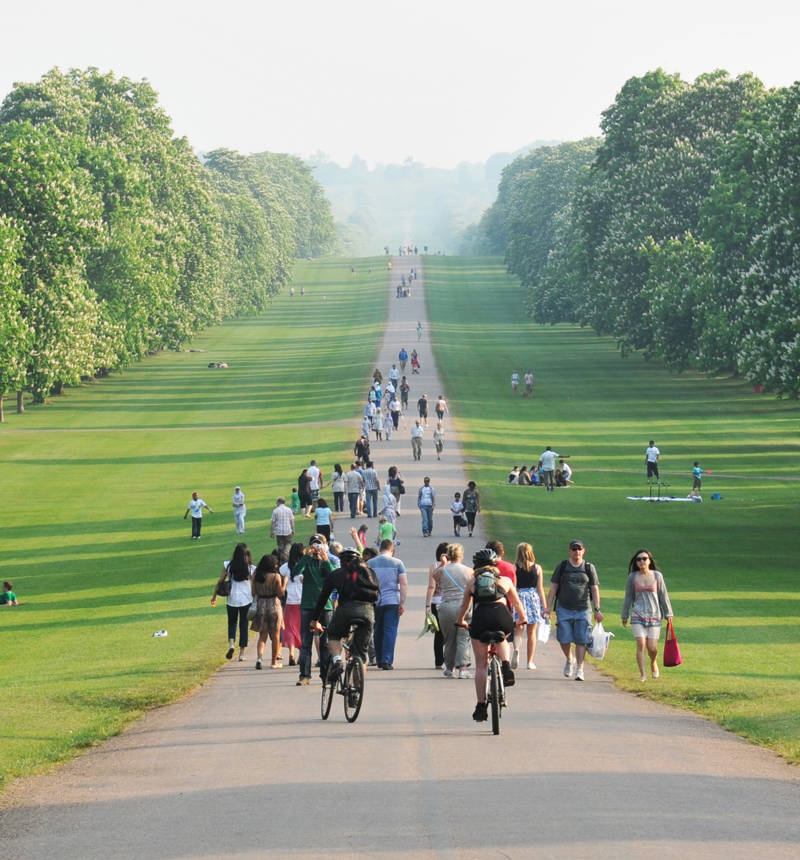 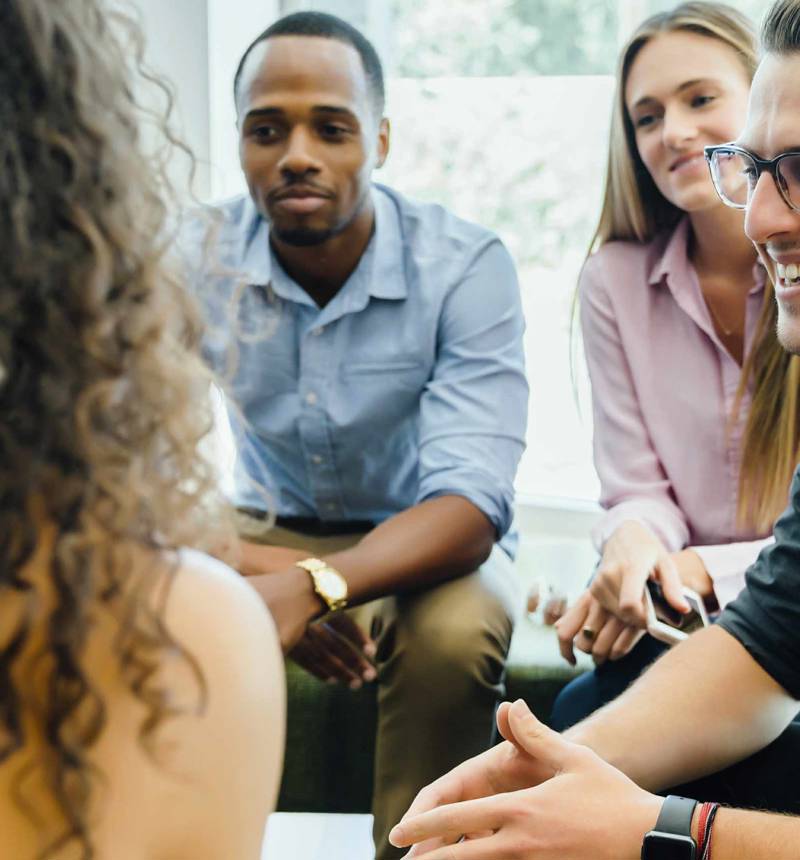