Every week, runners taking part in events eagerly reach for water to keep rehydrated. Plastic cups or bottles filled with water and energy drinks are consumed and then discarded on the floor. 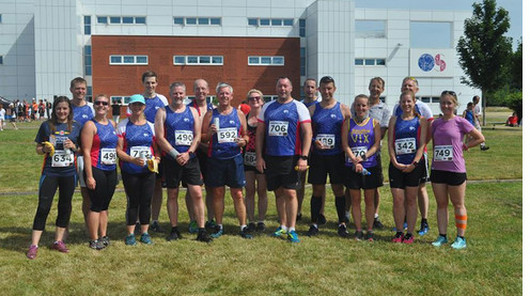 Ordnance Survey (OS) tried to tackle the problem with the first ever Be Plastic Clever 10K, which started and finished at its headquarters in Southampton. Instead of plastic cups or single-use bottles, OS supplied large water containers to fill bioplastic-lined cups, and 960 aluminium cans of water.

The aim was to provide race organisers with an alternative to fossil fuel plastics, making every cup 100 per cent biodegradable. Empties were collected into three bins – one for the bioplastic lined cups, one for the cans and one for food waste.

The idea came about after collaborating with winners of the Geovation Greener Communities Challenge -  Be Plastic Clever.

The initiative was founded by 14-year-old Amy and 12-year-old Ella Meek. The Be Plastic Clever project is a campaign aimed at reducing the number of single-use plastic cups, lids, bottles, straws and bags consumed then thrown away.

Amy and Ella’s father Tim Meek said: "Being plastic free is very difficult to achieve - and this puts a lot of people off trying to do something about the problem. But plastic clever is more achievable and therefore something everyone could attain. In doing so it can change people’s mindset and make them feel better about themselves."

Geovation founder Chris Parker said: "This is one simple step to take in the battle to stem the tide of plastic pollution in this country. The bioplastic lined cups we are providing are polylactic plastic. They are plant based and made from corn starch, which is biodegradable. Last year, for example, 1,000 single-use plastic cups were used for this event. The alternative we have here is scalable and could easily be recreated at festivals or other large public events."

He added: "The Be Plastic Clever initiative also neatly ties in with our drive to restrict single-use coffee cups here at OS headquarters in Southampton."