British joggers shared over 280,000 new running routes in outdoor mapping app OS Maps between May 2020 and May 2021 – an increase of 103% compared to the previous year.

Latest figures revealed by Ordnance Survey (OS) showed a dramatic trend for exploration and adventurous new routes among British runners this past 12 months.

During a year characterised by lockdowns, runners turned to the OS Maps app in huge numbers so they could discover more places of interest and explore closer to home.

According to the data, the amount of new running routes logged and shared in the app more than doubled.

In total running enthusiasts have created over 650,000 running routes in OS Maps since it launched in 2015, with routes across the length and breadth of England, Scotland and Wales.

The news follows worldwide research compiled by Nielsen last week which announced there had been a global boom in running since the Covid-19 pandemic.

OS GetOutside Ambassador Iwan Thomas said: “Running for me is a form of escapism and a way to empty my mind and nothing can replicate being outside.

“It is great to know what’s around you, find great routes and get outside. I use the OS Maps app and it unlocks a whole load of new adventures and places to explore. It’s easy to use and suitable for runners of all abilities.”

OS’s Managing Director for Leisure, Nick Giles, explained last year there had been a trend for runners in Britain to explore their local areas, which caused the growth in popularity on the app.

“The mapping and routes the app offers helps you find new and better places to explore by running.

“This explains why it did so well in lockdown. As runners’ worlds shrank due to restrictions, they wanted to discover more about beautiful places closer to home.”

Insight gathered by OS from the running community found that many serious runners tended to use OS Maps in combination with other running apps.

This meant runners could obtain data on their pace, or other performance analytics, while being able to map out more varied, interesting and spectacular routes with OS Maps at the same time.

Runners have the advantage of being able to research and plot routes in OS Maps in great detail before setting off on trail runs or jogs through urban and rural areas. They can also use other features of the app such as OS Maps AR Viewer to pan across the landscape and discover the nearest forests, coastlines, hills and mountains while out on a run, or the popular greenspace layer to find local parks and recreation grounds.

Nick added: “It’s not for every runner – if you’re happy plodding on pavements around the same 5km route every week, then maybe it is not for you.

“But if you want to combine your running with discovering the best the British outdoors can offer you, there is no better choice on the market.”

You can find out more about OS Maps and other ideas to GetOutside and run here. 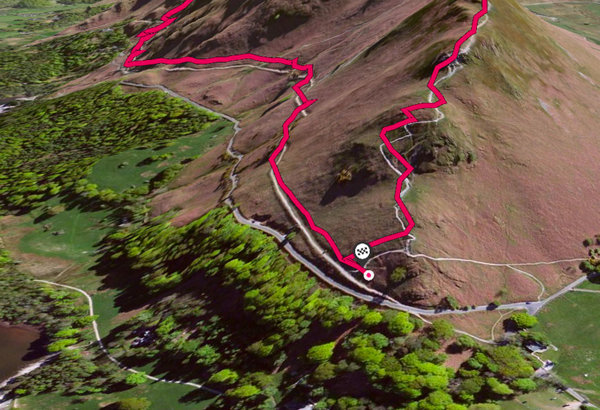