Data for average speed times and speed limits have been added to the OS MasterMap Highways Network product, the single authoritative view of the road network for England and Wales. 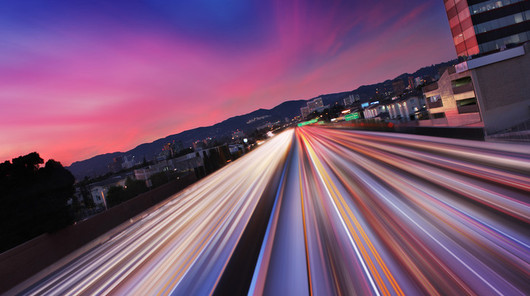 The new data will make it easier to:

The datasets include speed information for all motorways, A roads and B roads, and rural and residential streets.

Average driving speeds on roads allows users to calculate how busy a road is. The data has been captured from vehicle telematic devices and gives detailed historical records for all roads (except alleyways). Information has been recorded at five different times during the day, in both directions, along with a data capture at the weekend.

Speed limits based on signs, including local authority Traffic Regulation Orders, have also been added.

Both datasets have been provided by third-party supplier Basemap. OS is currently undergoing a review of its partner strategy to extract great value from it to enhance its products and services. The arrangement with Basemap is the first step in this direction.

OS Head of Product Strategy, Marie Thirlwall, said: "This additional data from Basemap proves particularly useful for users within emergency services, local authorities and transport companies. They can analyse congestion and drive-time patterns, plan the quickest emergency response routes, or to inform traffic studies, route planning and infrastructure modelling. Speed data is easily interoperable with the Highways network through the use of Highways core identifiers. This is a great example of an OS partner, Basemap, adding extra value to core OS data, making it even more useful to Government and private sector users."

Basemap CEO Mark Gallagher said: "This high-quality data is refreshed every three months via an online tool which is available to authorized agencies.  It is a significant step forward from the old process of creating speed data which could take up to two years to update any given road.

The average speed dataset from OS is available and will be updated annually.

The speed limit dataset is available and updated every quarter.

OS will run webinars later this summer to answer any questions about the product or demonstrate how it works.