The simulation environment will feature a 32km circuit of Oxfordshire roads, covering rural, urban, main roads and intersections. The simulation will be used to create and run different scenarios for the safe testing of CAVs, and will support certification bodies, insurers and manufacturers. 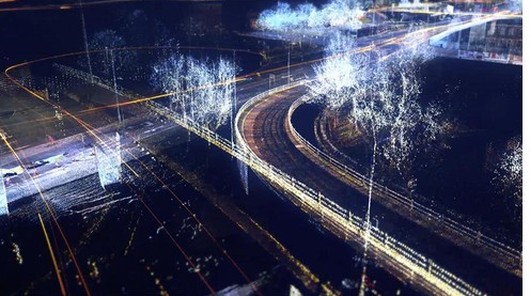 OS will lead the capture, processing and serving of geospatial high-resolution mapping data. This will include 3D geometry and information about the roadside assets and their characteristics, so that data standards and requirements can be developed for the real-world deployment and operation of CAVs.

OS used similar techniques in projects such as CityVerve, the UK’s IoT demonstrator, and in Bournemouth as a test case to produce a 5G planning and rollout tool. OS will also draw on the experience of its Atlas and E-CAVE initiatives that are helping the government shape a national infrastructure capable of supporting a nationwide network of Connected and Autonomous Vehicles (CAVs).

Miranda Sharp, Head of Innovation at Ordnance Survey, said: "OmniCAV is one of a number of UK government-sponsored projects that supports the position of the UK as the best place in the world for autonomous vehicle testing. Building on the unique strengths of OS capability and data, the aim for OmniCAV is to help accelerate the safe deployment of autonomous vehicles on UK roads by permitting testing in linked versions of the real-world environment and a digital one. To achieve the CAV ambition, geospatial data is key. Not just to the creation of a realistic simulation environment to test in, but also to the eventual deployment of a new infrastructure to enable improved connectivity and mobility. It’s an exciting time for technology and innovation and we’re looking forward to working with our partners and helping make the UK a world leader in this area."

The OmniCAV project is part of a wider £12.1 million UK government funding package to support the development and nation-wide deployment of Connected and Autonomous Vehicles (CAVs).

Kirsty Lloyd-Jukes, CEO of project lead Latent Logic said "OmniCAV’s vision is "CAVs for All": bringing safer, smarter, self-driving mobility for urban and rural areas. But first we need to know that driverless cars really can handle our challenging road conditions, on country lanes as much as crowded city streets. Virtual reality "driving tests" are the only way of doing this, which is why we’ve brought together these 11 leading organisations to build a world-first, A.I.-based simulation of real Oxfordshire roads to securely and reliably test autonomous car safety."