One in two adults in Britain say crisp fresh air and making frosty footsteps are what they love the most about festive walks during winter.

A study of 2,000 people found that six out of 10 adults planned to get out for a special walk during Christmas or New Year this year.

As well as enjoying feeling the festive chill on their cheeks, half of adults say the best thing about a Christmas walk was the mental and physical boost they got after doing one.

The research, commissioned by Ordnance Survey, discovered that women felt wrapping up all warm was the most important ingredient for a perfect Christmas walk (50%), while men felt the most important thing was to be with family (39%).

And about a third of adults believed the most important thing about it was a chance to take in the neighbourhood’s Christmas lights (34%), feel rejuvenated by reconnecting with nature (33%), or to burn off excessive calories (32%).

OS Managing Director for Leisure, Nick Giles, said: “There’s nothing quite like the magic of a Christmas walk, digging out the hats and gloves alongside family and friends before exploring the wintery scenery and all the lights, and then coming home to a hot warming drink and a bit of cake afterwards.

“It’s great to hear that in 2021 so many of us are planning on enjoying the simple pleasure of walking outside in the fresh air at a time when there are so many other festive distractions going on.

“The added benefit a festive walk brings is the physical and mental boost time outside away from the Christmas chaos, whether that’s from meeting and socialising when going on a stroll, making sure the dog gets regular exercise, or by just keeping active.”

The study by OnePoll also found that among average adults Christmas Day and Boxing Day were the most popular days over the festive period to go for a walk, with just under four out of 10 people planning on walking either of those days.

This dropped to one in five people saying they were planning on going out on either New Year’s Eve or New Year’s Day.

The preferred number of times adults walked during the winter was between one and three times a week.

The most popular length people walk for was between 30 minutes and an hour, with almost four out of 10 adults out for that long. While just over one in four adults preferred to walk between 15 minutes and half-an-hour.

Despite all this, almost one in two adults said they were put off from going out walking in the winter because of the cold, while over a third don’t like walking at this time of year because it gets dark too early.

It also emerged that just over one in four adults lacked the motivation to get outside at this time of year because the winter makes them feel too gloomy.

Nick said: “We know there are many barriers that stop people going outside in winter, particularly when the weather is bad or if there is worry about icy conditions.

“But we know spending time outdoors has a huge positive impact on people’s mental health.

“People who are more physically active have lower rates of depression, they have improved mood and a single bout of exercise can dramatically impact on mood for the better.

“So if it is a mild day that is safe to go out in this winter, we urge people to get their winter coats on and get outside, no matter even if it is for a short time.”

To help your family and friends enjoy and discover some festive walks this year, why not buy them a map from the range available in the OS Shop, from a personalised paper map to a subscription to the OS Maps app.

Ever wanted to visualise where you are going from the comfort of your ... 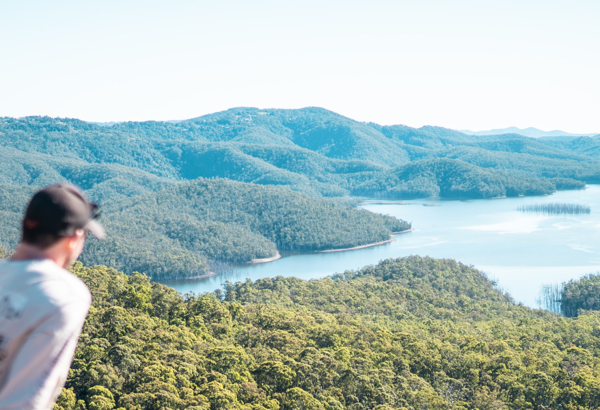