Turning on the heat from Scotland’s rivers

New research published by Greenspace Scotland revealed how rivers flowing through towns and cities and greenspaces between buildings could act as a vital low carbon heat source to help Scotland achieve its climate targets.

Through the use of heat pump technologies, widely used in countries like Sweden and Austria, the Green Heat in Greenspace (GHiG) study showed that urban rivers and greenspaces can act as low carbon heat sources with the potential to supply nearly 80% of current heat demand from Scotland’s towns and cities.

Together they could meet over 40TWh of urban heat demand and save 4.7M tonnes of CO2 – equivalent to taking 1.7 million cars off the road for a year.

Julie Procter, Chief Executive of Greenspace Scotland, said: “Wind turbines are now a familiar sight producing clean, green electricity and Scotland has an enviable track record in shifting to renewable sources of electricity. However we remain bottom of the European league for renewable heat with just 7% of our heat demand being met from low carbon sources.

"The Green Heat in Greenspaces study shows that Scotland has huge natural reserves of heat locked up in its rivers and greenspaces. To date we have barely scratched the surface in terms of this potential. With COP26 just six months away, when global eyes will be focused on climate and energy policy in Scotland, we need to focus on maximising the potential of all our renewable heat sources including urban rivers and greenspaces.” 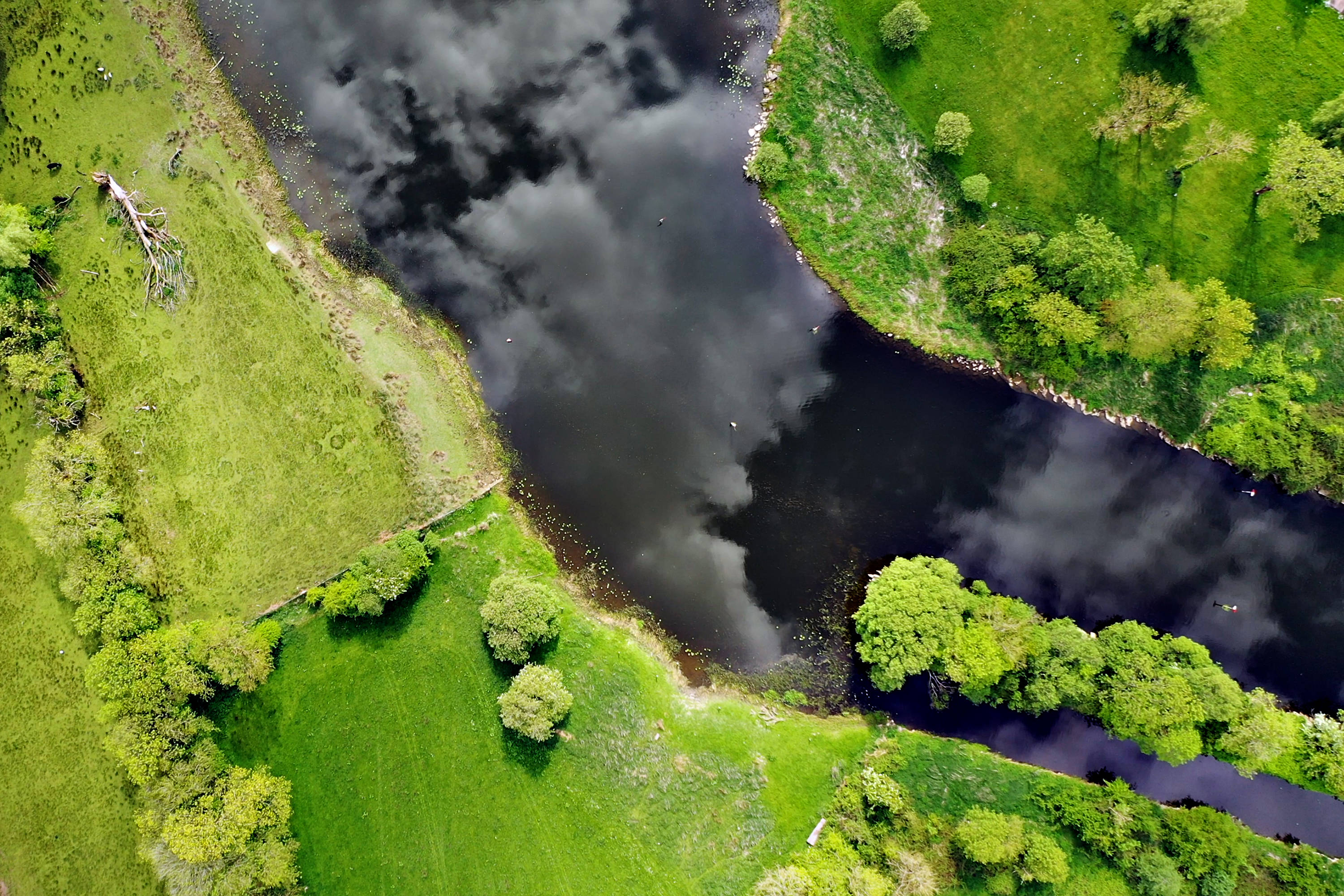 Around half the energy Scotland uses is for heating buildings, creating a fifth of Scotland’s greenhouse gas emissions, in most cases from burning natural gas supplied by the mains grid.

The GHiG study highlighted the over-looked contribution that rivers and greenspaces in urban areas can make to supplying renewable heat. The nature of these resources and their location, close to hotspots of high heat demand, mean they are ideal for supporting low carbon heat technologies.

Findings indicate that up to 50% of heat demand from Scotland’s urban areas could potentially be delivered just from non-tidal rivers, with significantly higher percentages in some towns and cities.

While cities like Aberdeen, Stirling and Inverness are strong candidates for meeting much of their heat demand from local rivers, it is Glasgow that offers the greatest capacity to offset fossil fuel based heat with river source heat. The heat demand of Greater Glasgow is one fifth of the total demand from all of Scotland’s settlements.

The city of Perth, with its ambition to become the most sustainable small city in Europe, also offers major potential to utilise the River Tay for its heat supply. The heat capacity of the Tay is many times greater than the annual heat demand from the homes and businesses of Perth resulting in significant ‘spare’ heat capacity in the region.

River catchments act as giant solar heat collectors concentrating water-borne thermal energy into river channels. As these rivers or ‘heat highways’ pass through urban areas, some of the heat can be extracted by submerged pipes and boosted in temperature by large scale water source heat pumps. The heat can then be distributed to surrounding buildings through sub-surface pipes known as district heat networks. This is tried-and-tested technology. A major new scheme at Queens Quay in West Dunbartonshire extracts heat from the River Clyde delivering it to new buildings on the site of what was the John Brown Shipyard.

Dominic Cuthbert, Strategic Development Manager for Ordnance Survey, said: “We are pleased to have been a partner in the GHiGs project with OS data being a trusted source in better understanding how greenspaces and rivers can be used to generate and deliver low carbon heat to Scotland’s towns and cities.

"With our accurate location data made accessible to Scotland’s public sector through the PSGA, OS Greenspace has enabled the analysis of local green energy sources, which can be mapped alongside Scotland’s Heat Map, another critical data resource which has been developed by the Scottish Government.

"Bringing this ‘demand data’ together with ‘supply data’ will better assist Local Authorities in understanding the potential value of these renewable heat resources and demonstrates how OS data can support the drive to achieve net zero.”