OS Highways data has been used to support an accurate and efficient plan for the roll-out of the Covid-19 vaccine in England.

The rollout of the COVID-19 vaccine is one of the largest mass vaccination tasks in recent times. One of the tasks for the NHS England is to identify and prioritise potential vaccination sites. These need to be considered for driving accessibility and the demographics of nearby residents. As the population of England is vast, the challenge is ensuring centres are chosen that enable the vaccine to be rolled out effectively. As this is time critical it is imperative that accurate and reliable data is used to ensure high quality analysis.

OS Highways data is the most recent release of the road network by Ordnance Survey. This premium road network dataset is updated monthly and is the definitive road network for GB. OS Highways has detailed routing information such as turning restrictions and one-way roads. This allows for more realistic analysis of the journey times.

While Ordnance Survey Highways data contains information on road type, there is no detailed information about the likely speed a vehicle will travel. This type of data is essential for accurate routing. OS Highways with Average speed, also known as TM Speed data is collected from the GPS in vehicles, the TM speed product is pre-queried into six time periods throughout the day, for example Monday-Friday AM PEAK (7-9am). TM speed data is bi-directional and linked to the OS Highways data, meaning it delivers the speed on both sides of the road, this is particularly relevant when there is large disparity between speeds. Hypothetically, at 9AM on a Monday morning the way into a city would be congested and therefore have a slower road speed, but the way out of the city less congested and quicker.

Basemap is an OS Partner - a customer who license OS data to create innovative products and services. They are a specialist provider of digital mapping, travel time analysis and transport data solutions to both the private and public sector.

The insights they provide from transport data include average and speed limit data for use with Ordnance Survey Highways, as well at bus and coach timetable data which is released as Open Data under contract from the Department for Transport. 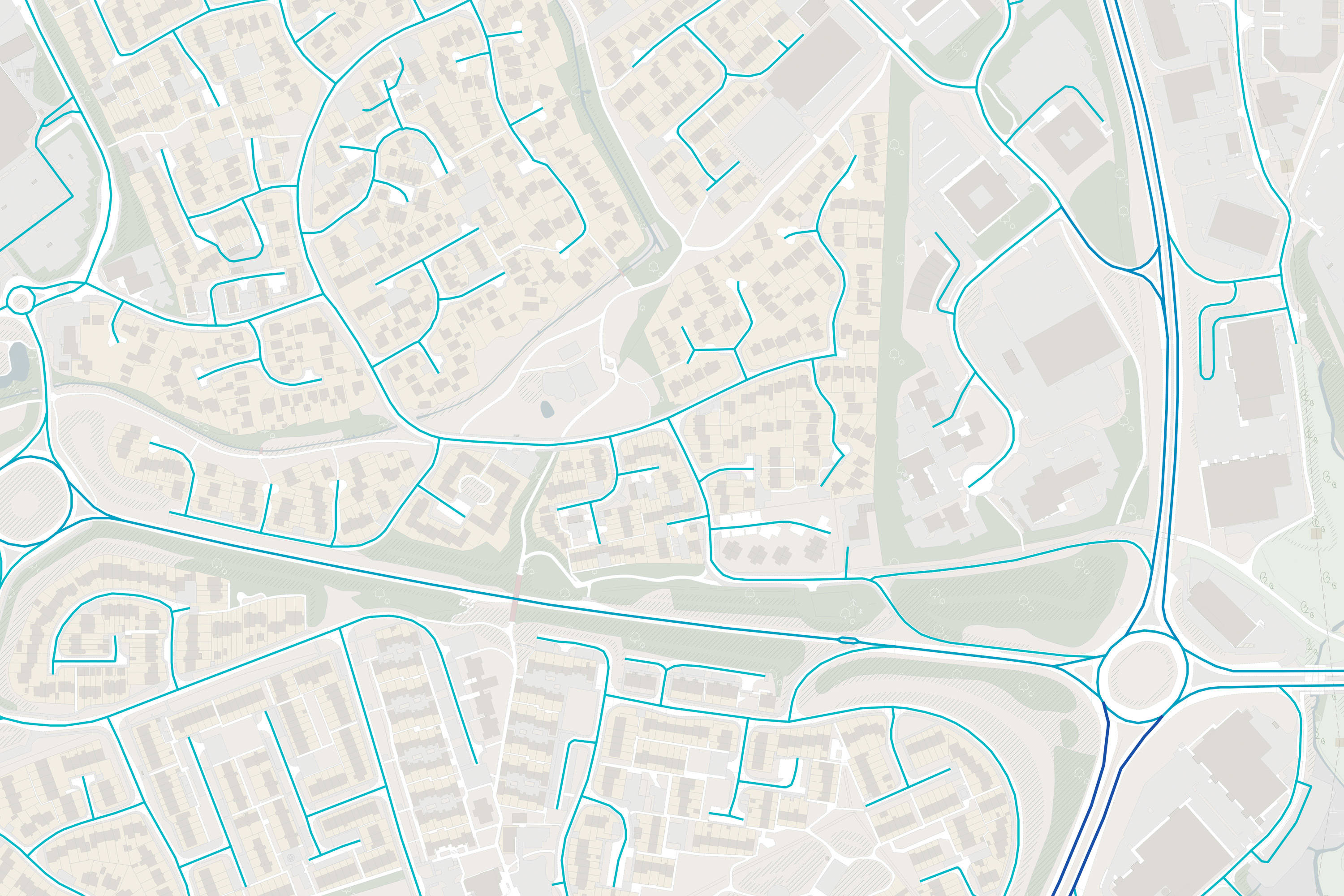 The government published a priority list for the rollout of the vaccine, predominantly dictated by age and vulnerability. The inclusion of demographic data allows for analysis to show which vaccination centers are better suited for different groups of the population.

The average speed data provided by Basemap combined by OS Highways allowed much more accurate journey times from the location of where the population live to the proposed locations than using typical speed just by the type of road. NHS England calculated contours of travel time bands to visually represent the travel times and then calculated the number of people in each priority group who reside within the contour bands and therefore how many people can reach the proposed vaccination center locations.

The right combination of datasets lead to the most accurate calculations, the most impactful locations and effective decisions.

“Basemap’s support allowed the combination of real average speed data with OS Highways which meant we had much more trust in the results. This ensured quick and accurate reports that supported better decisions being made about the rollout.”