OS data for walking, cycling and running show increases in route numbers and length for summer 2021.

With record numbers of Britons enjoying summers staycations this year, latest data from Ordnance Survey shows the nation is walking for further and for longer.

OS has been studying the nation’s outdoor habits throughout June, July, August and September of 2021, according to the routes the British public logged and shared within its popular OS Maps app.

With the clocks having gone back to officially mark the end of summer, OS can reveal:

In a similar pattern, cyclists and runners also increased the length of their routes this summer, with increases of 10 per cent and 15 per cent respectively. The total numbers of routes recorded also increased. There were just under 142,000 cycle routes logged this summer, up 36 per cent, and about 85,000 running routes added, an increase of 21 per cent.

OS Managing Director for Leisure, Nick Giles, said: “This summer has revealed a significant upward trend in outdoor activities. Since the Covid-19 pandemic began in 2020, we have seen people build new connections with the outdoors and demand for OS mapping and the OS Maps app highlights how people are exploring both locally and further afield.

“The big headline is that across walking, cycling and running, there has been about a 30 per cent rise in the numbers of routes people have recorded, and an increase of a third in the total distance covered.

“It seems not only are more people creating routes, they are tending to be slightly longer too. This is also reflected by an increase in the average route distance across all three disciplines.

“It appears people have tended to seek flatter routes this year with a significant decrease in the average elevation change across all three activity types – a potential suggestion of more newcomers taking to the outdoors and exploring less challenging routes.”

Nick added: “Over the same four-month period the number of users in the OS Maps app increased by 50 percent suggesting an upward trend in outdoor activity in Britain over the summer months.”

The locations people chose to spend time outside threw up some interesting insights.

There was a huge surge in the number of routes recorded across 15 out of 16 British National Parks. The biggest increases were found in Pembrokeshire (90%), Loch Lomond and the Trossachs (86%), Brecon Beacons (81%) and Snowdonia (80%).

Elsewhere, Bristol and Winchester led the way as the most popular locations for urban walks during summer.

The periphery of London was a popular destination – with the Chilterns being a particular favourite.

And for coastal walks, many routes were recorded around the south coast with Padstow, Cornwall, and Swanage, Dorset, being the most popular hotspots.

The analysis also identified some of the least trodden areas of the country this summer with parts of the East Coast and rural Scotland being a good place for walkers to avoid the crowds.

You can share your walking, cycling or running routes in Great Britain by downloading the OS Maps App on your phone, PC or laptop. 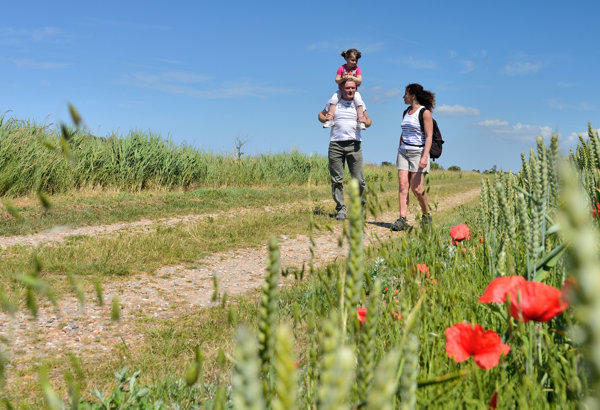