We are looking at one of PSGA newly available products; AddressBase Core.

This is a brand-new dataset from Ordnance Survey and is based on customer feedback to have a versatile & lightweight addressing dataset. The dataset is derived from the OS AddressBase product suite of addressing information from local authorities across Great Britain.

The dataset holds around 33 million live addresses with additional information on the address usage supplied. What sets it apart from the other products in the suite is that it is released weekly with adaptations to suit customers who desire a plug and play dataset including integrated header columns and required post-processing already completed on behalf of the user.

To give context to these benefits, let us take an example of a statistician in need of a quick analysis of a newly developing neighbourhood within their local area. They have several questions and roadblocks to consider including:

AddressBase Core has an answer for each of these questions and limitations. 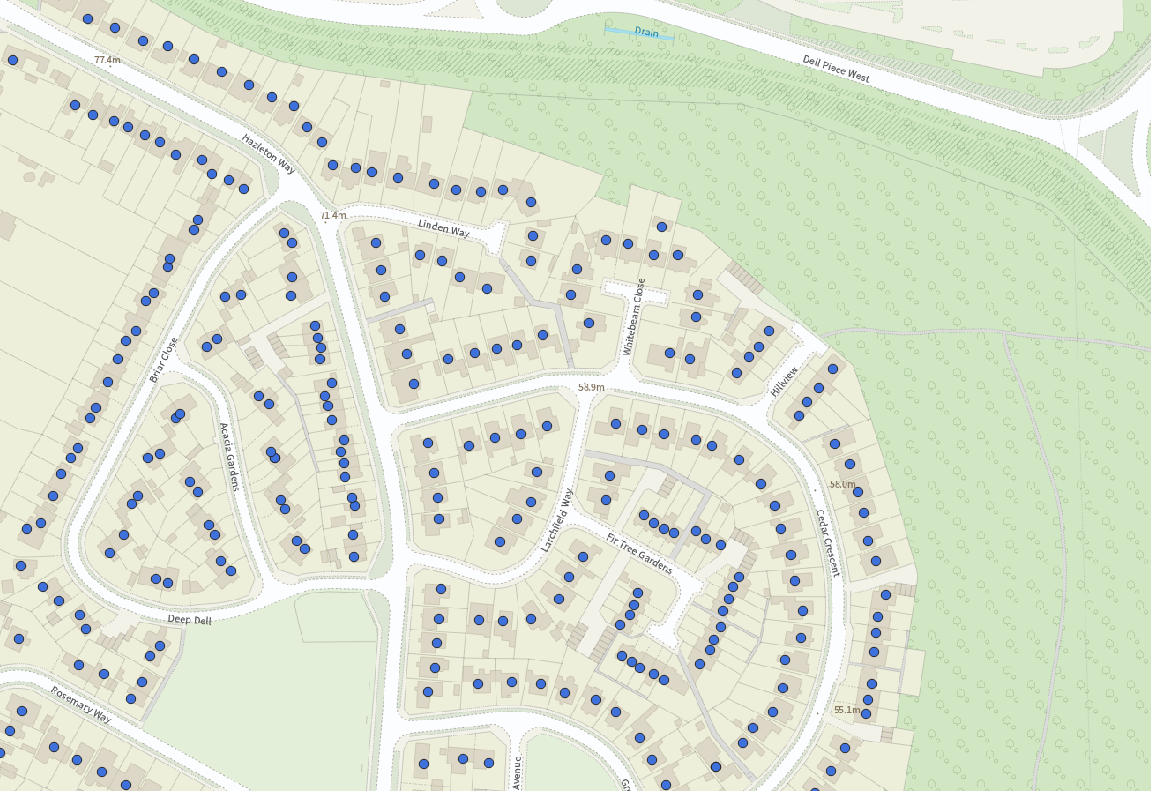 Below are answers on methods that can be implemented, using the product:

I want to identify all residential households that exist in a defined polygon area of interest.

The product has two features that can be used to answer this question. The first of these is the provision of co-ordinates so that each household can be spatially geocoded and thus, spatially analysed with the polygon area of interest to filter out any addresses that do not reside within the area. The second feature is the property classification fields included which allow the statistician to further filter the layer highlighting only points referring to residential households.

As the neighbourhood is still being developed, I will need to routinely assess the growing number of households.

As the product is updated on a weekly schedule, this will enable the statistician to routinely refresh the analysis they are conducting for this fast-evolving environment. Thus, meaning that they will have access to the most current view of the neighbourhood as it changes and can be confident in the currency of his analysis – a benefit over other datasets in the suite, that have longer update cycles.

Which households within the neighbourhood can be accessed by the main road, entering the newly developed area?

The dataset has been built with our OS Highways and OS MasterMap Topography layer datasets in mind. This means the statistician can make use of the key identifiers that are linked with the households. Once the statistician has the Unique Street Reference Number (USRN) for the main road in question, they can query the layer to find all households that are linked to the USRN to answer this question.

As part of the analysis, I need to compute relevant census data that is associated with these addresses.

As the dataset includes Government Statistical Service (GSS) code, the statistician has the capability of combining downloaded census data (that is attached to a GSS code) to the households within the neighbourhood for analysis.

I am on a short timescale with limited computer resources to carry out this analysis.

No problem. As the layer has already been processed and comes as either a CSV or GeoPackage format, the statistician is in the position to load the data in his system of choice without delay and with confidence that the data is ready to use right out of the box. 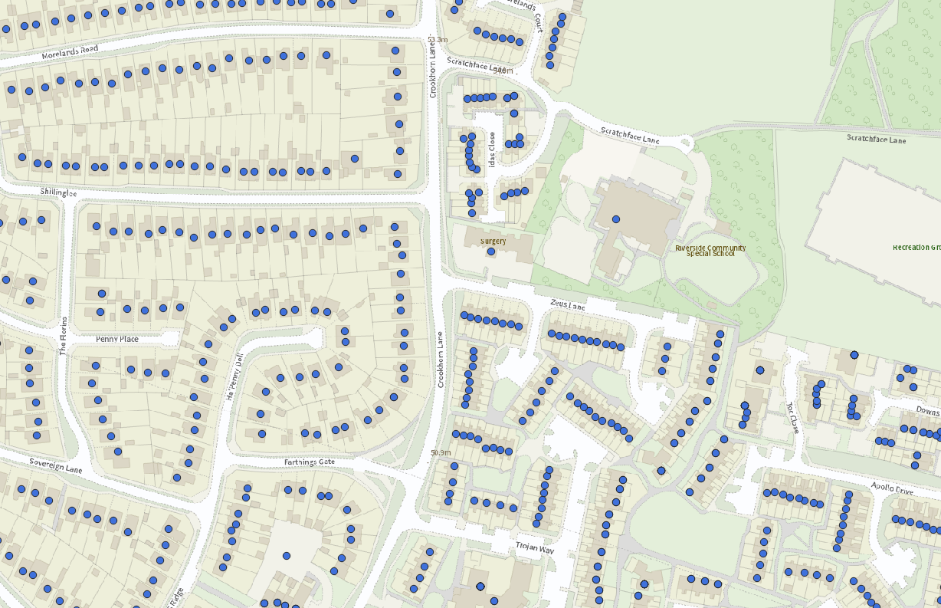