As Britain’s mapping agency, we’re keeping track of half a billion geospatial features across the country and making tens of thousands of changes daily. We have over 200 surveyors on the ground and aircraft who survey from the skies to ensure we have the latest data ready for our customers. Our Flying Team were already prepared for some changes in 2020 as they were moving base and flying in new aircraft with new cameras, but Covid-19 had a bigger impact. Find out how the team have been working in 2020. 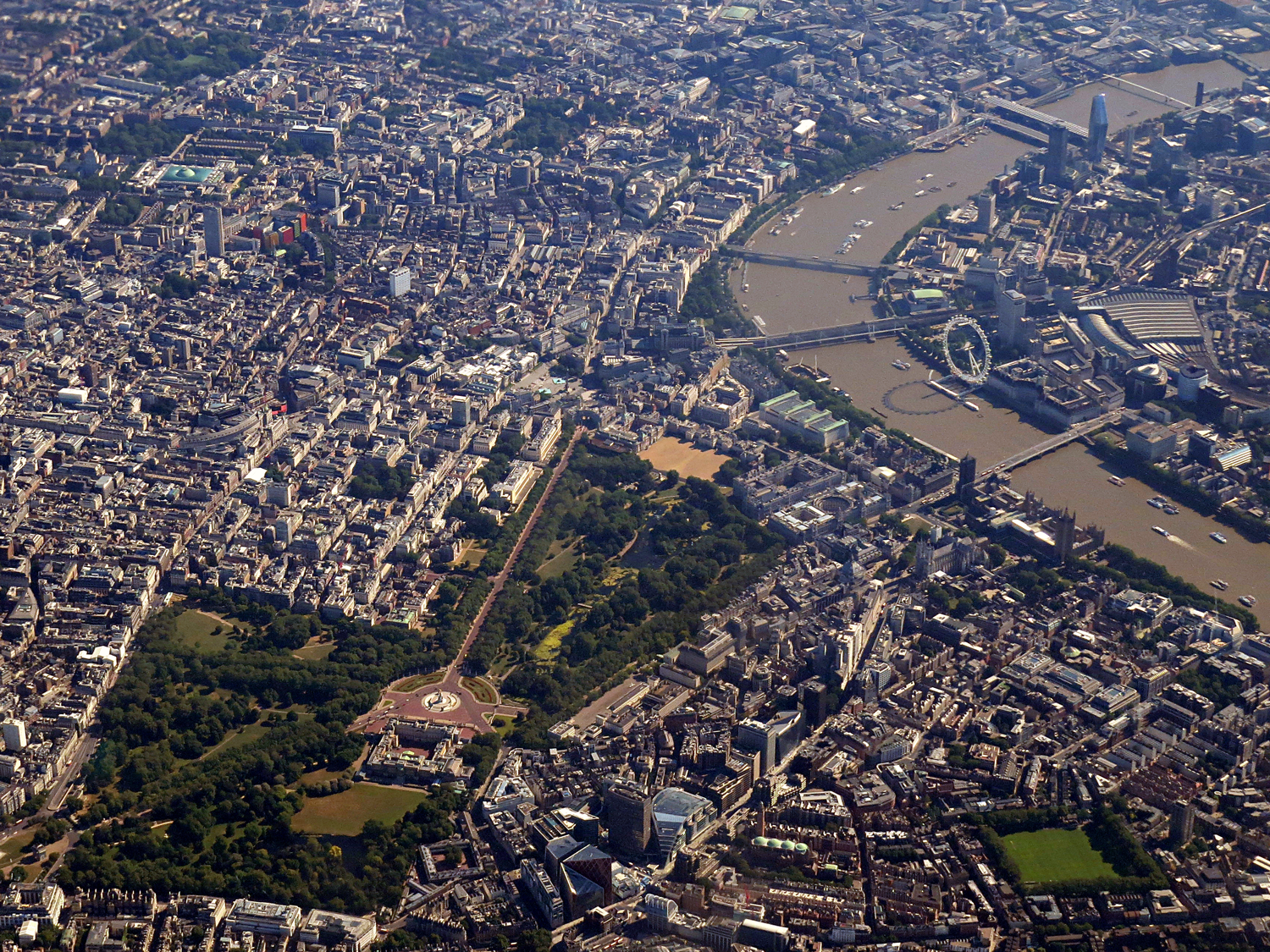 London from the air during lockdown in 2020

The Flying Team are usually in the skies above Britain from March to early November each year, using the aircraft and high-resolution cameras to survey about a third of Britain, that’s  around 80,000 km2 of imagery data and over 100,000 individual images.

New base and aircraft

For the 2020 season, the team are flying from a new base, Retford (Gamston) Airport in Nottinghamshire. It’s a great location to fly to both the North of Scotland and down to the South West of Britain, and quite a change from working at our previous base in East Midlands Airport which is a large cargo hub and holiday gateway. 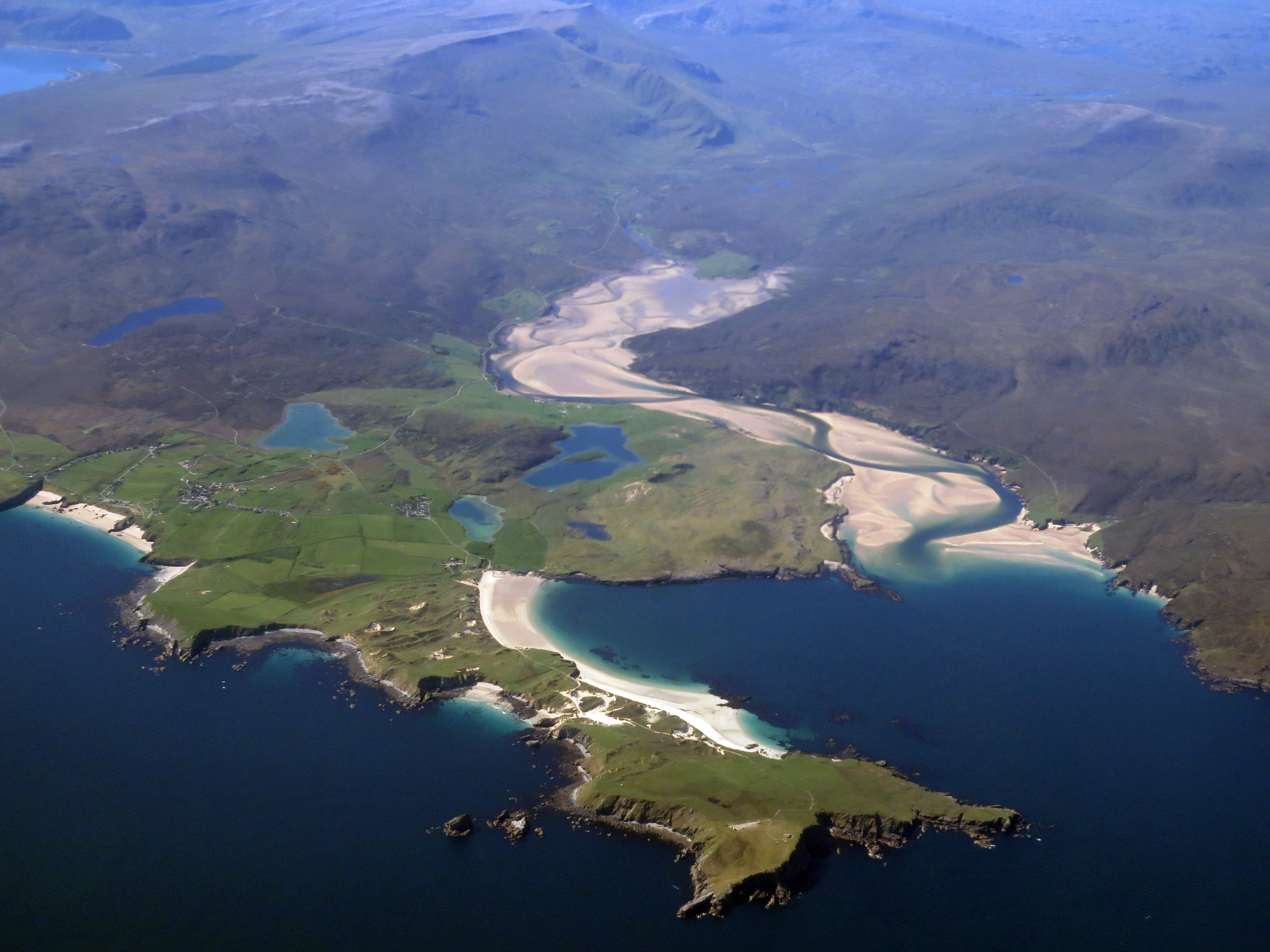 From Gamston, the team can easily reach the north of Scotland and the tip of Cornwall. This is the Kyle of Durness on the north coast of Scotland

Our aircraft and pilots are supplied by DEA Aviation Ltd and we’ll be using two KingAir class aircraft (so not G-TASK and G-FIFA anymore for those who like to spot us on Flightradar from time to time). The planes will be fitted with our aerial surveying kit so that our Air Camera Operators can capture the imagery, including the 450 MegaPixel Vexcel Eagle Mark 3 camera system.

Flying in a pandemic

As the team prepares for the new flying season each January, they work out how to fly the blocks of imagery, wonder if the weather will be kind to them (clear skies are a must!), and work with Air Traffic Controllers on flying permissions in Britain’s busy skies.

Covid-19 and the lockdown brought the early stages of our flying season to a halt. The team returned home and followed government guidelines. As lockdown eased, we reviewed the situation, taking into account the team’s safety as priority, adapting working practises, and adhering to health and Government guidelines. This allowed us to start a trial to see how we could go on flying, albeit with a limited service and only using one plane. 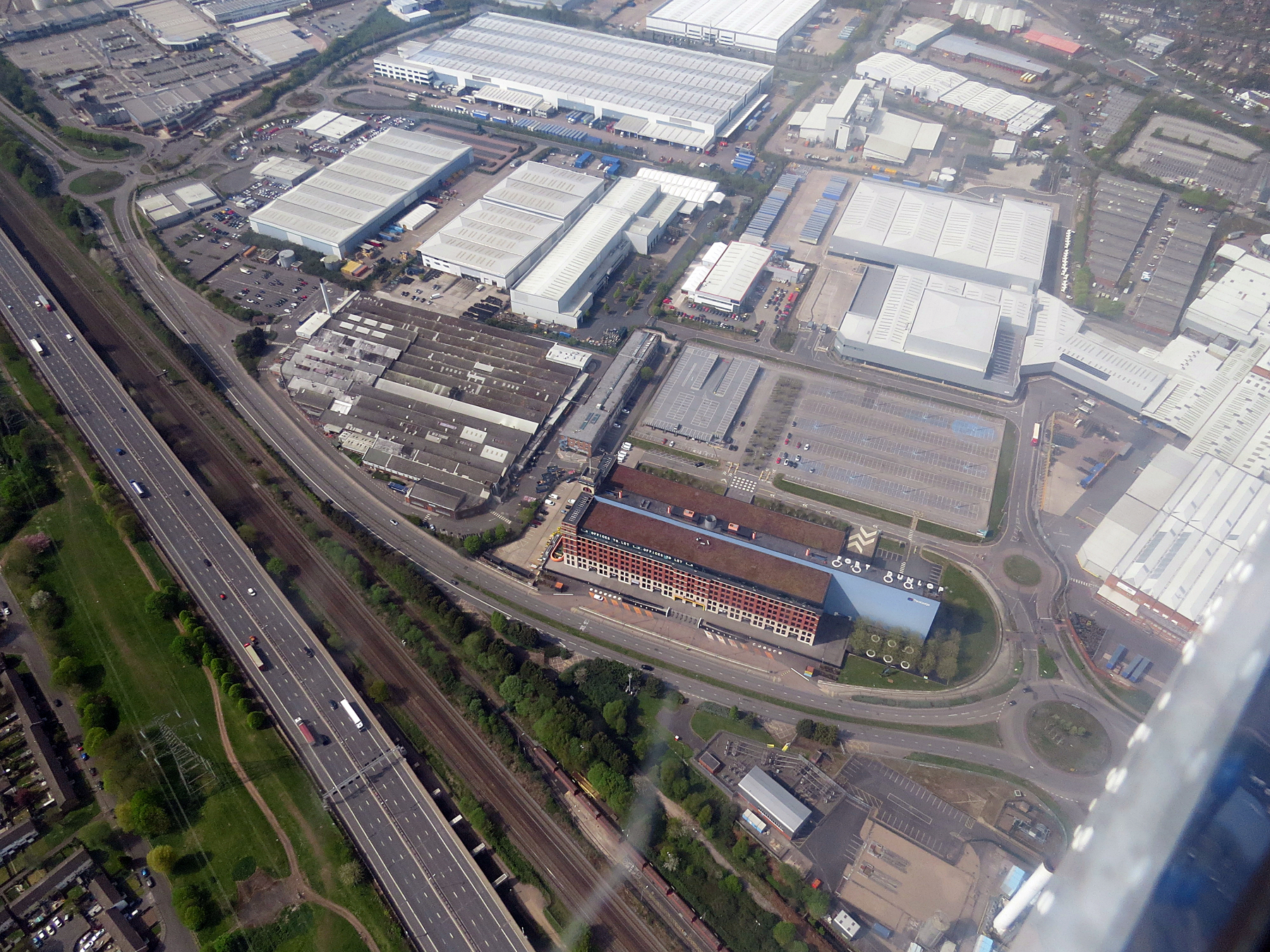 During lockdown the team saw quiet roads as they were in the skies, this is the M6 near Birmingham

The team have been able to capture aerial imagery which forms part of a range of activities that are essential to OS and the currency of our data. With good spring weather, quieter skies, faster and reliable aircraft, higher resolution cameras, dedicated pilots and supported by NATS staff efficiently approving our flight plans, we’ve achieved our annual flying target months ahead of plan.

Alongside this the team stayed safe and were able to remain socially distanced from the pilots. They also saw some views of a very unusual Britain with empty motorways and car parks, quiet town centres and airports becoming giant parking lots.

Podcast from the team

As the team witnessed Covid-19 Britain from the air, we made a short podcast with Air Camera Operators Roger Nock and Stefan Kornas.

Describing it as an ‘eerie experience’, Roger noted during a refuel at Birmingham, where there’s normally a layer of smog over the city from around 10,000 ft, the sky was crystal clear. Stefan remarked that with a view from above, he could really understand and quantify the magnitude and impact of Covid-19.

The work our Flying Team does underpins the accuracy and currency of OS mapping If the team stop flying and capturing changes across Britain, it would create a huge backlog in terms of mapping, but it could adversely affect vital users of our mapping such as the emergency services.

Listen to the full podcast now. 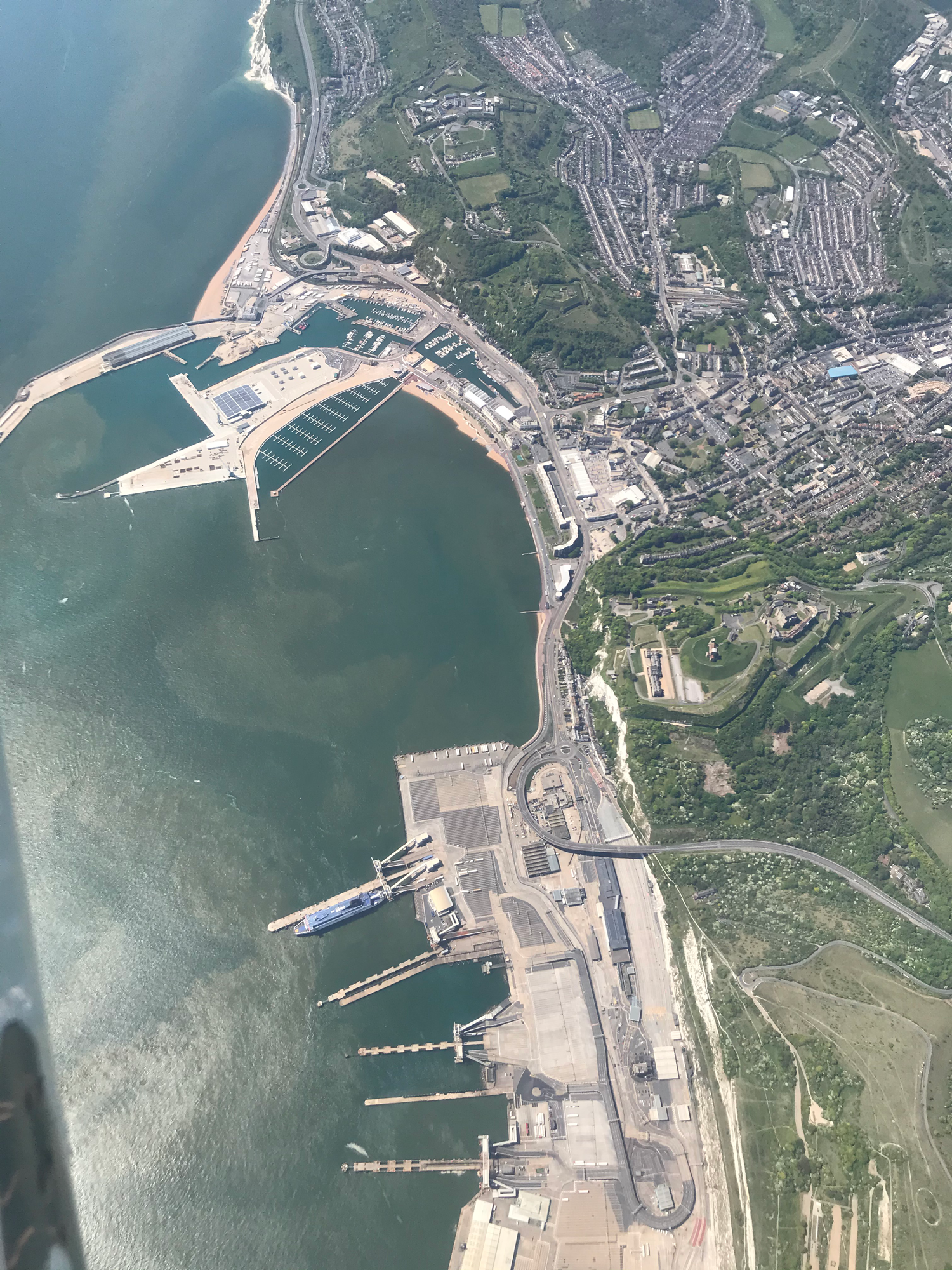 What’s next for the Flying Team?

Despite passing our annual target of 80,000 km2 by the end of May, the team haven’t stopped. We’ve captured 115,000 km2 as we now head towards the end of the season next month. It’s a chance to get more of the previously difficult to reach blocks in Scotland, and will support a good start to next year’s flying season. We can also support our colleagues working on the ground by capturing survey sites with limited or difficult access. 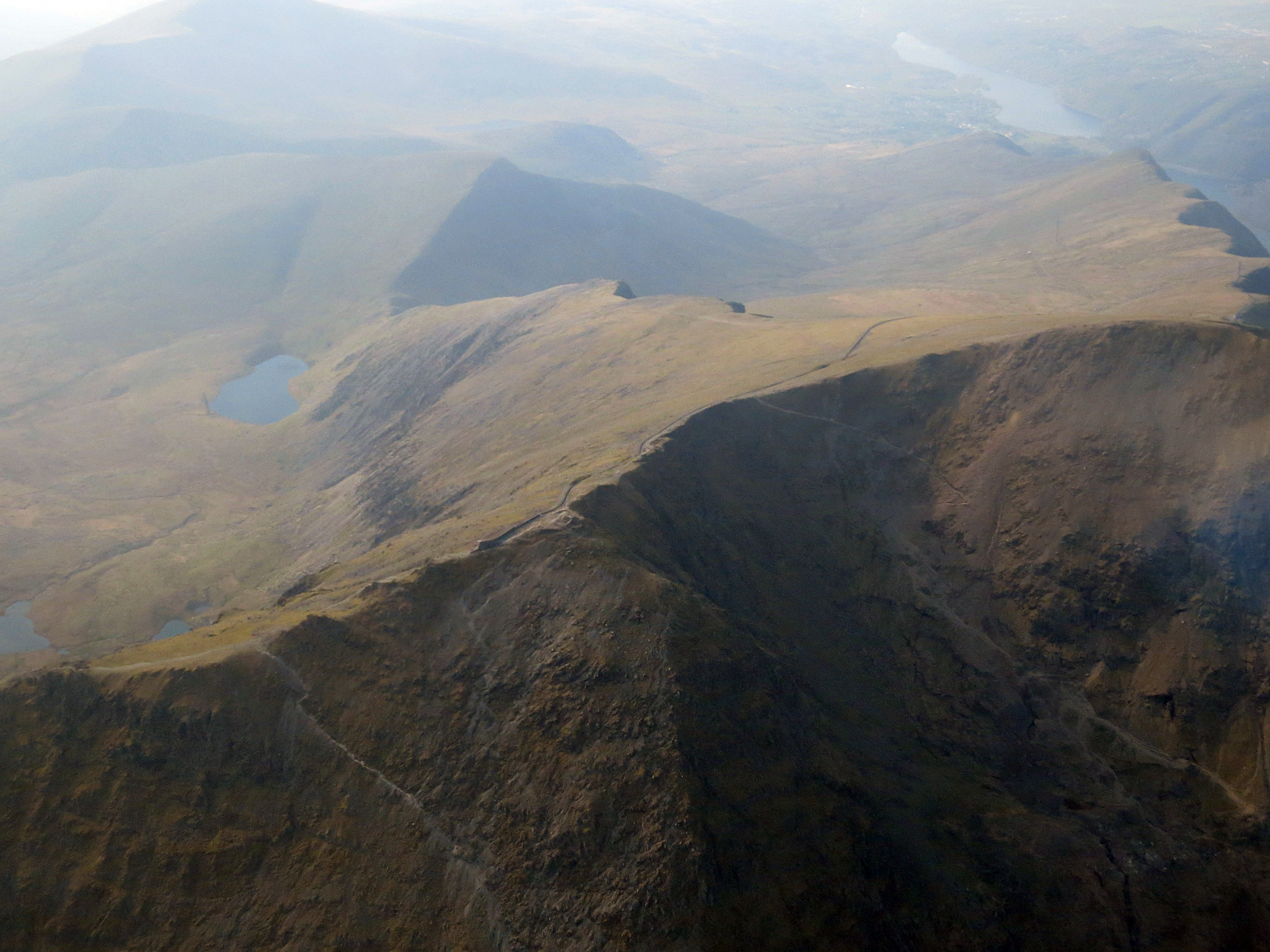 Based out of East Midlands airport, our team are getting to grips with...

Greenspaces have become even more important during Covid-19. We take a...

Based out of East Midlands airport, our team are getting to grips with some new technology and a new aircraft for the 2019 flying season.

Greenspaces have become even more important during Covid-19. We take a look at 3 different uses of our comprehensive OS greenspace data.