When we started to analyse the 500,000 plus routes in our OS Maps service, it was no surprise to us that the Lake District would top the table as the nation’s favourite place to #GetOutside. But we were also interested in the urban walks that inspire exploration. Our Cartographic Designer, Charley Glynn, extracted all of the public route information and created a series of stunning data visualisations to showcase town and city route favourites. 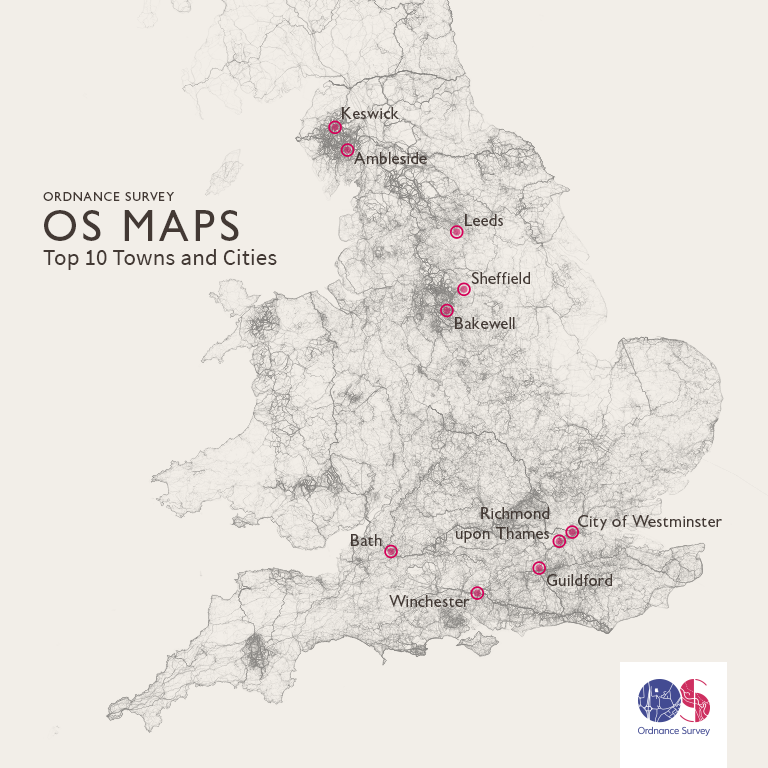 Once again, the Lake District topped the league table with Keswick and Ambleside, clearly ahead of nearest rivals Guildford and the City of Westminster. You can see the full list below.

The 500,000 plus routes were illustrated in a series of beautiful data visualisations by Charley, who found it amazing that the people who created routes for their outdoors adventures had logged almost every bit of British coastline. It neatly frames the rest of the data and gives the illusion you are looking at a map of Great Britain. The darker, thicker areas illustrate the higher concentration of routes and reveal popularity. 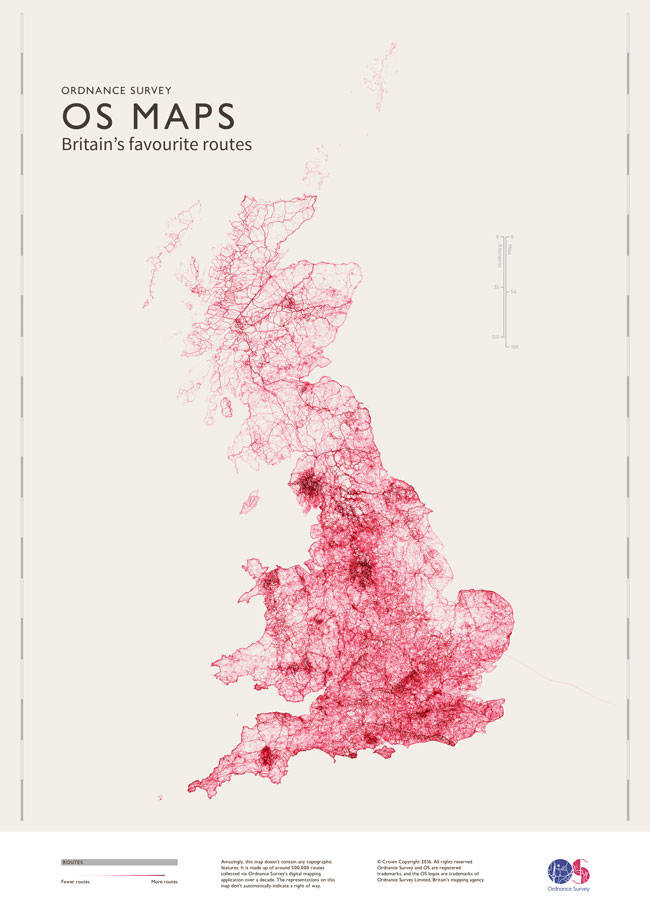 The Yorkshire city of Leeds made it into the top ten, and with Roundhay Park in the area, it’s easy to see why it’s a popular area to get outside. One of the biggest city parks in Europe, it has over 700 acres of parkland, lakes, woodland and award-winning gardens. 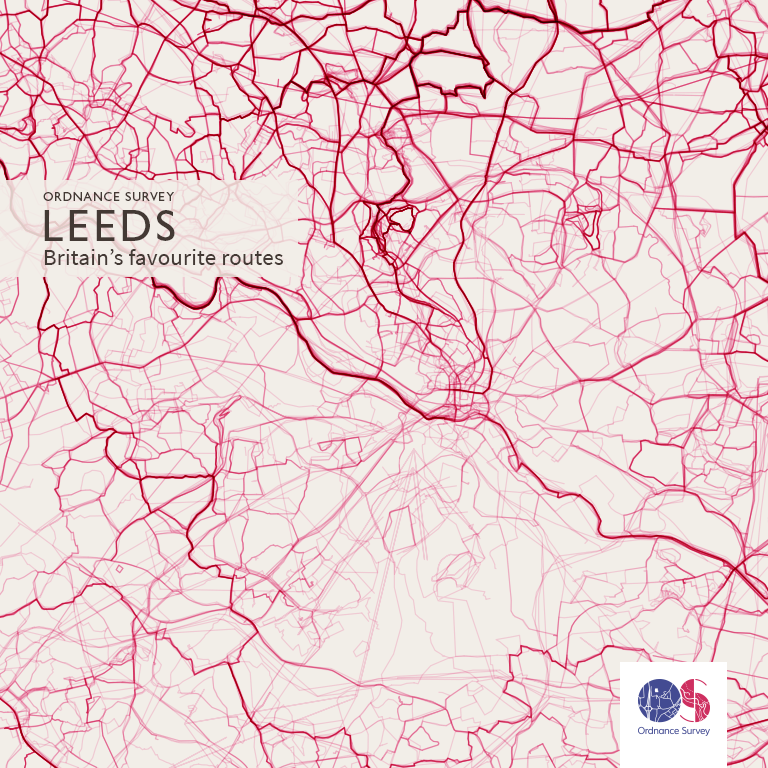 You can see all of these areas visualised in our Flickr gallery.

Outside the top ten

We couldn’t resist taking a look at some other popular areas that didn’t make it into the top ten. London is particularly clearly defined in Charley’s data visualisation, especially along the River Thames and on the bridges crossing it. 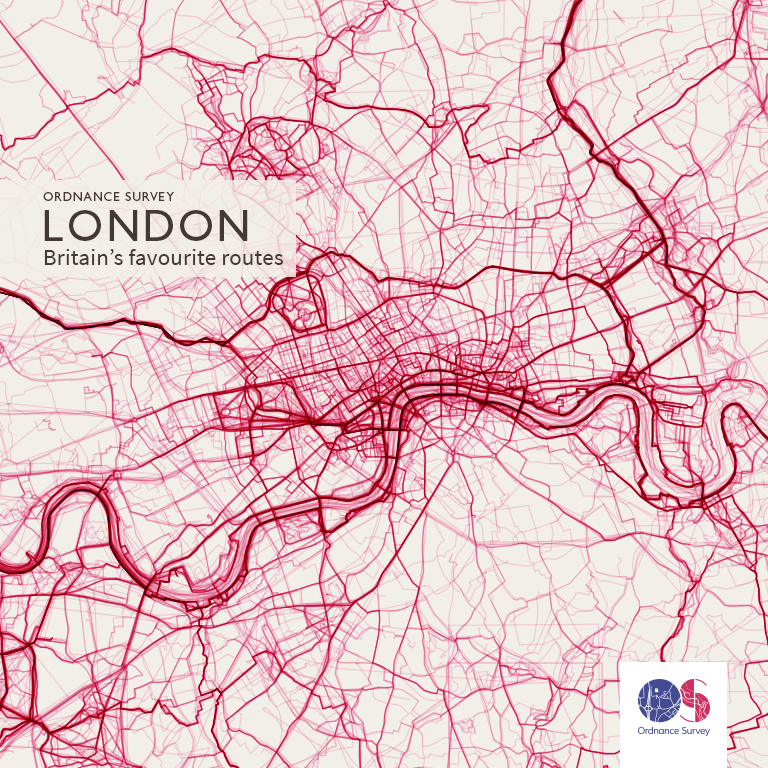 Closer to home for us, the Isle of Wight and Southampton Water were also perfectly mapped by the routes plotted in OS Maps. You can see where people have recorded routes whilst zipping about the Solent – both on popular ferry routes and pleasure boats judging by the lines created. 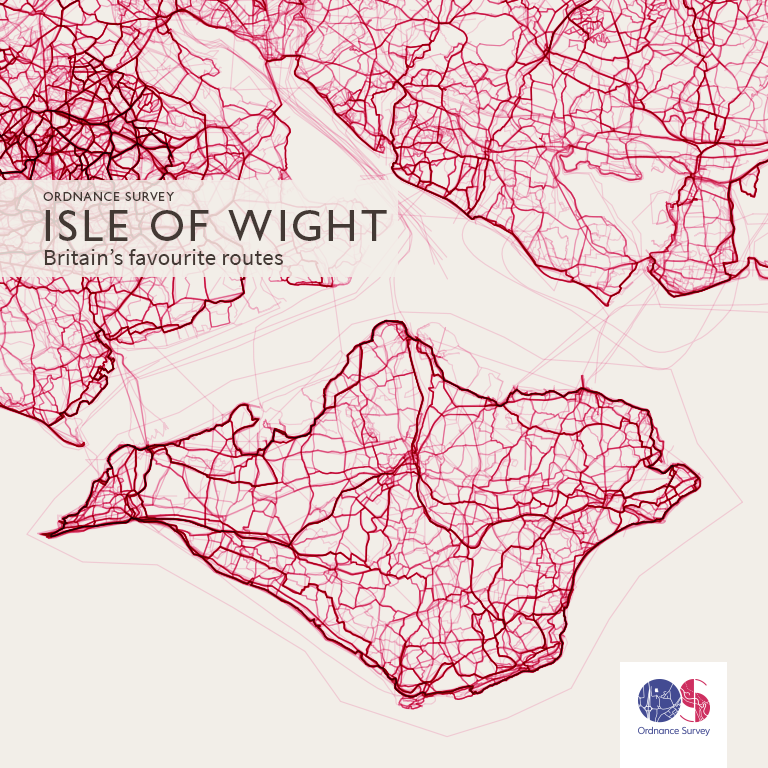 See higher resolution versions of the visualisations on our Flickr gallery.

Magnetic north continues its march to the east

When navigating with a compass, expert map readers will know there is ...

Magnetic north continues its march to the east

When navigating with a compass, expert map readers will know there is a difference between magnetic north and grid north.