Ever passed “Go” and wondered where it is?

I think most of us have played Monopoly at some point in our lives and we all know that friend or family member who can be a bit liberal at their banking…does the thought of taking more than 200 Monopoly dollars to pass “Go” ring any bells? But have you ever wondered where “Go” actually is?

The rest of the board game is well-labelled and “Go” actually sits between Mayfair and Old Kent Road – but where is it? Monopoly celebrated its 75th anniversary on Wednesday and we joined forces with them to pinpoint the location of “Go”. 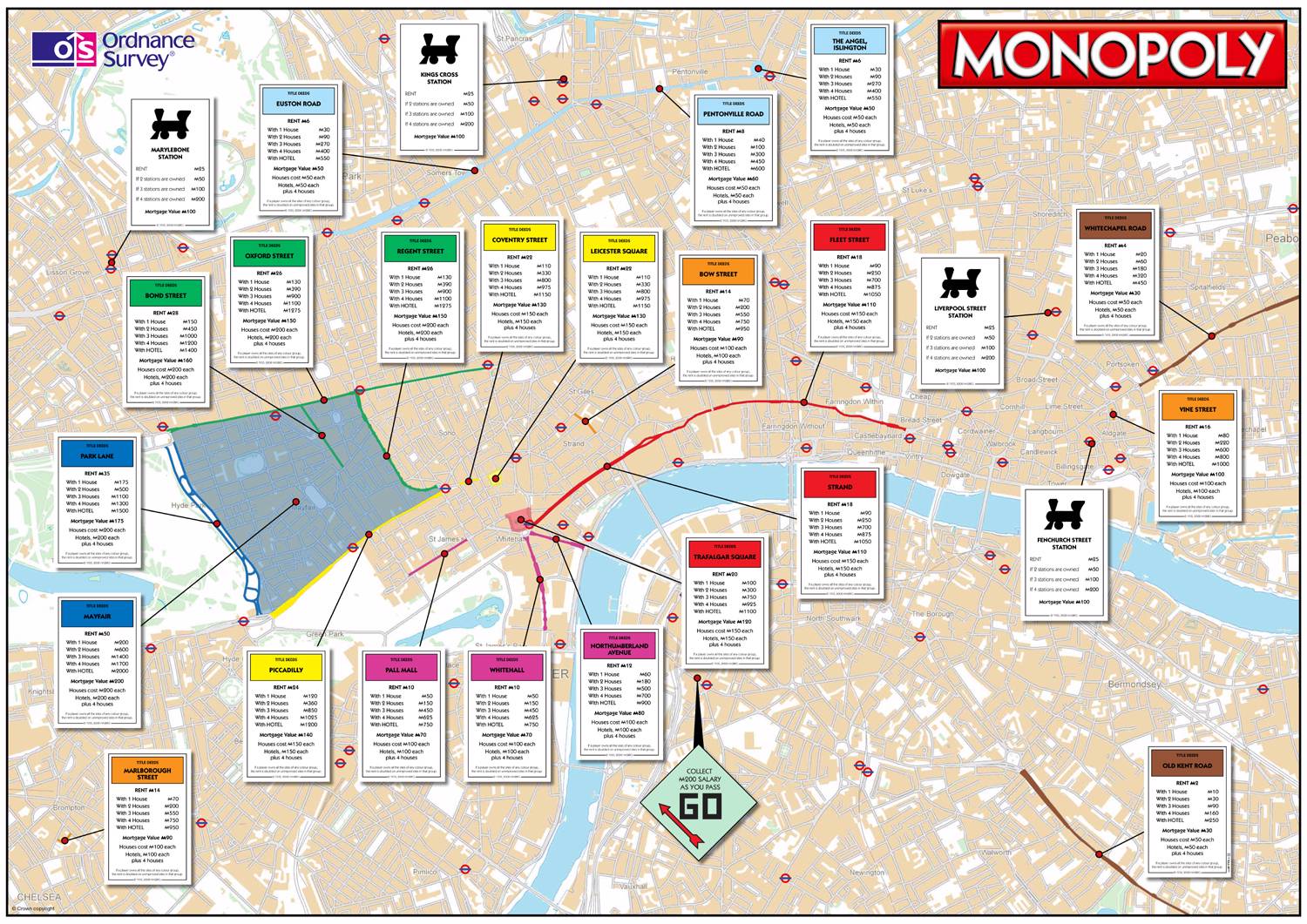 Putting GO on the Monopoly map

“Go” is actually centred on Lambeth North Tube Station, close to Queen’s Walk, where Monopoly held their celebration event. As well as locating “Go” we worked with Monopoly to create a bespoke map: from the range of free Ordnance Survey data available within OS OpenData, OS VectorMap District was chosen as the base for the new map.

Highly customisable, OS VectorMap District was stripped back to basics to allow for the Monopoly data to be added and overlaid. The map of London was quickly transformed to highlight the roads and areas shown on the Monopoly board before adding the locations and the title deeds for each property and station.

It was fantastic fun to work with Monopoly and as well as plotting “Go” on the map we also marked the locations of all the other Monopoly board positions. The final ‘Monopoly map’ looks great and really brings the game to life, giving it a whole new dimension.

Dan Harris used our data to create a 3D LEGO map and in doing so, enth...

Dan Harris used our data to create a 3D LEGO map and in doing so, enthused many Twitter users. Learn more as he tells us about the project.