An introduction to OS Net

The Ordnance Survey OS Net® network provides access to a stable, national coordinate reference system in Great Britain. Its real-time positioning services, offered by a community of commercial partners, has already helped a wide variety of businesses and industries.

What is OS Net?

OS Net is a nationwide network of 114 strategically positioned Global Navigation Satellite System (GNSS) base stations that provide a rich data source of GNSS data. Originally established in 2003, then made widely available in 2006, OS Net was created to accurately detail millions of natural and man-made features within the island.

OS Net has fundamental stations known as GeoNet. GeoNet stations are spread across the entire GB land mass, and all of them are mounted to be as stable as possible – into exposed bedrock if possible or else driven into the ground until bedrock is reached. (The sites have been chosen to have the longest possible lifespan, and be at the least risk from disruption.)

The network continually streams masses of data back to a sophisticated hub of servers in OS HQ, which enables a real-time correction of errors, and produces coordinates much more accurate than positioning with GNSS alone.

OS surveyors use OS Net to accurately survey map features using the latest GNSS technology. The adoption of OS Net revolutionised capturing field data in both speed and accuracy. Surveyors can use OS Net to map features to an accuracy within centimetres.

This, incidentally has made Great Britain one of the most accurately mapped nations, with 500 million geographic features kept in the OS geospatial database, updated tens of thousands of times a day.

The OS Net system makes it possible to realise national coordinate systems in Great Britain. Ones currently in use are:

OS Net has improved the determination of these coordinates, making life easier and more efficient for land surveyors when compared to using traditional (pre-GNSS) surveying methods. It is now possible to determine precise ETRS89 coordinates for a GNSS control station with a single GNSS receiver, without ever leaving the survey site.

These coordinates can be transformed to OSGB36, National Grid and ODN height coordinates, meaning a greater range of mapping, engineering, and environmental projects can use precise national coordinates.

Even more information can be found on the OS Net FAQs page.

Although OS Net cost several million to create, the project has been justified by the 40% increase in the efficiency of our Field operations, the data consistency benefits, and the fact that all data is now automatically captured in 3D.

An additional revenue stream has been established by allowing commercial partners to offer public RTK positioning services, based on the OS Net data streams. The OS Net service then becomes available to other surveyors, or any organisation in need of the data, via a commercial partner.

How is OS Net being used?

The GNSS positioning that OS Net supports can be useful for outdoor activities such as walking, cycling, and even kayaking, where use of specific co-ordinates and real-time positioning becomes a valuable asset.

GNSS has also been well received by the scientific community. Meteorologists have used the data to forecast weather patterns, and even used it in global climate studies. Geologists can use GNSS data for their own surveying, such as measuring tectonic motions during and in between earthquakes.

However, the biggest use of OS Net has been through making its positioning services available to other surveyors, via our commercial partners. The OS Net data streams can be used as a navigation and positioning tool for machine control, surveying, construction, structural monitoring, aerial surveying, and as a timing tool for mobile phones, banking transactions, and even controlling electricity grids.

How it works: our partners take the OS Net raw data streams, and use it feed their own servers. They can provide RTK positioning services, and compute any necessary corrections for their customers, who then use the location data for their own business – be it simple land surveying and mapping, to project management, even day-to-day functions such as tracking positions of a driverless tractor.

OS then takes a royalty from each customer contract established with a partner.

This model, of letting partners take the raw data and “add value” by creating a product from it, mirrors the model used for our digital map data and wider licensed partner community. It improves the accessibility of our data and gives other organisations the creative freedom to build their own solutions from it – thereby improving experiences for end-users as well.

Partners offer a range of correction services, which include ‘per device’ to ‘unlimited use,’ for key markets such as surveying services and agriculture sectors using high accuracy RTK. Some of our partners are even expanding into “newer” positioning markets such as precision agriculture and consumer-driven sectors such as drones, mobile devices, and semi-autonomous vehicles. 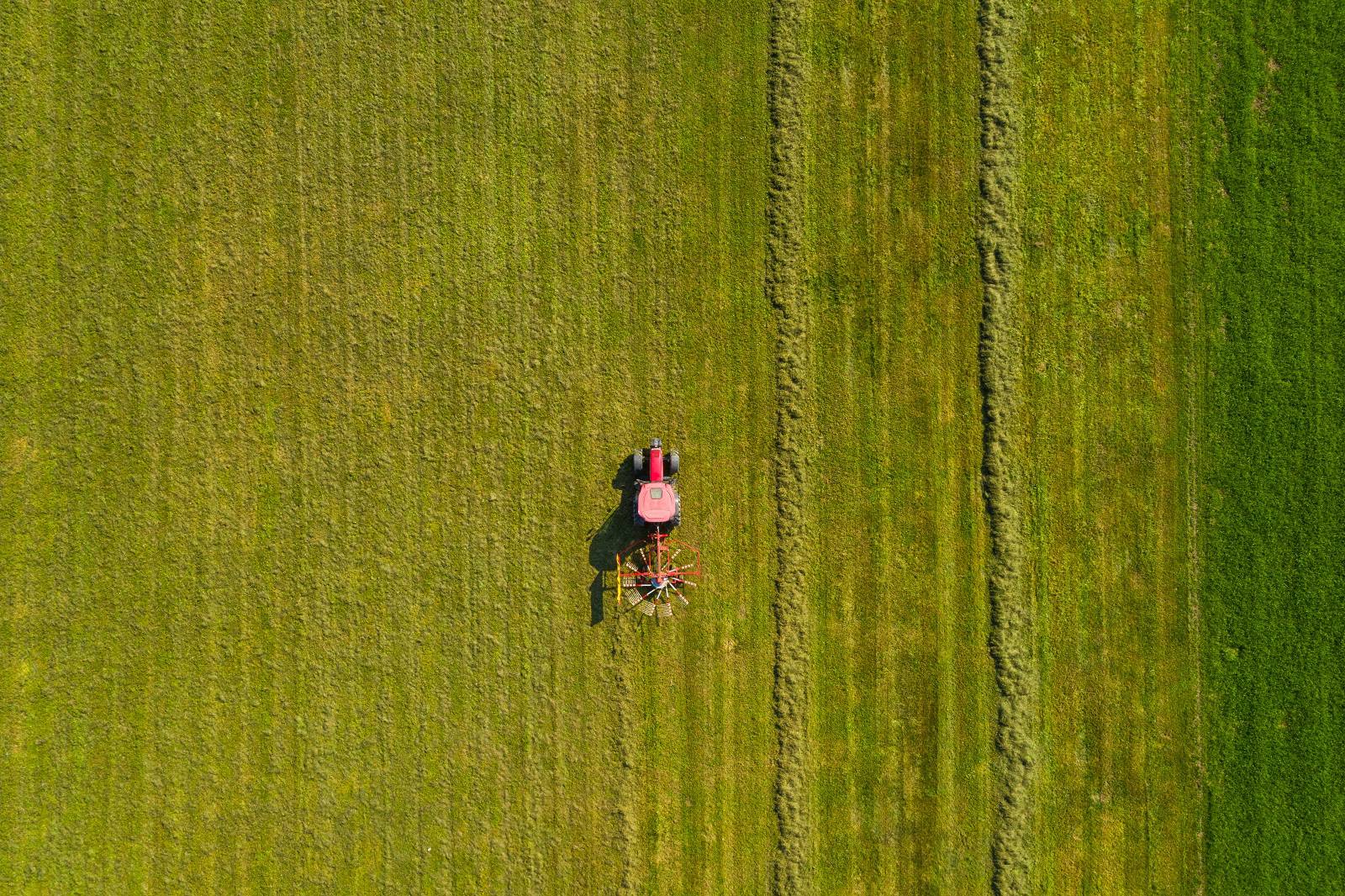 The agriculture industry has greatly benefited from the accuracy and quality of OS Net data, having used the technology in semi-autonomous tractors, and help achieve precision farming. OS Net has made it possible to increase the efficiency of the business.

"Even a year later I can go back to a field and the tractor will steer itself down exactly the same line. There is no longer the satellite creep problem of old.” - Tony Falgate, contractor.

How organisations can benefit from OS Net

Our commercial partner community can use the rich data from OS Net to offer positional and navigation accuracy to organisations across the broad spectrum of industries. The partnership is helping to deliver efficiencies, and reduce costs in other sectors such as construction, surveying, and asset management.

The accuracy and quality of the data that is available, as well as real time analysis, significantly improves project management and time management. This has been of particular benefit to organisations based in infrastructure and utilities, for example in the rollout of 5G services. Co-ordinates and RTK positioning can help in the distribution of 5G signal towers, both in proximity to one another, and to ensure widespread coverage in any given area.

OS Net is also helping to accelerate the development of new markets for positional accuracy solutions, such as innovations in developing ‘Smart Cities.’ Cities adopting the ‘Smart’ approach work by integrating data gathered from multiple, varying datasets – such as OS Net data – and combining them into a single virtual platform. This representation of a physical location can then be used to manage city operations – road networks, underground construction, telecommunications and so on – more efficiently, by enhancing the planning and development stage immeasurably before any changes are then implemented. OS Net data could then be used to gain other socio-economic benefits, such as improving transport management.

What’s next for OS Net?

Within a short space of time, OS’ partner network has grown from five to seven, with Swift Navigation being the latest OS Net partner to join. OS also recently hosted its first OS Net Partner Working Group, in a collaborative, community-based approach to drive change, and remain at the forefront of the ever-growing positional accuracy market.

Our partners’ increased use of OS Net has helped deliver a record-breaking revenue for OS, and ensures OS is at the cutting edge of new technology, able to deliver and evolve its positioning services.

See how OS Net could help and support your business.