In this month’s article, we're excited to announce an improvement to one of our datasets, namely OS MasterMap Highways Network Layer, that will support increased routing options and provide a more granular view of rural locations.

One of many applications of the OS MasterMap Highways Network Layer dataset is the utilisation of the track’s information but until now, this coverage has been limited in extent and context. By the end of 2021, we anticipate including just over 2 million additional tracks to the dataset. These additions arriving in batches, in line with the monthly release from February 2021 onwards.

These additions not only include the spatial context of where the tracks are located but come with insightful attribution such as track segment length & elevation. The addition of these tracks opens the opportunity for users to calculate viable routes from main road networks within OS MasterMap Highways Network Layer to more remote locations that these tracks transverse.

Putting this in context, let us take the example of an emergency response scenario where a fire & rescue service are tasked with trying to reach a fallen tree that is blocking a major train line. The precise location of the fallen tree requires a response where the vehicles need to travel over a series of tracks. As part of the response, they need to tackle the following questions: 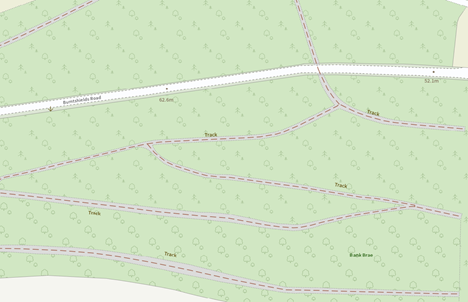 The additional tracks coverage in OS MasterMap Highways Network Layer has an answer for each of these questions. Below are answers on methods that can be implemented, using the data:

What is the quickest route from our fire station to the location of the fallen tree?

Helpfully the additional tracks data is included as standard in the OS Highways product, the user now has the ability to calculate a shortest time route between their response station on a main road network, to the location of the fallen tree which is close by to a track in the rural area. All this work can successfully be done using one fully connected network product.

Will the route be sufficiently low gradient for the response vehicle to successfully navigate its way?

As described earlier, the additional tracks come with attributes in regard to the elevation in each direction for each track segment. The use can calculate the elevation change between each segment and thus, determine the gradient. With this calculated, the user can then filter out routes that were previously calculated to only ones which include low gradient track segment. 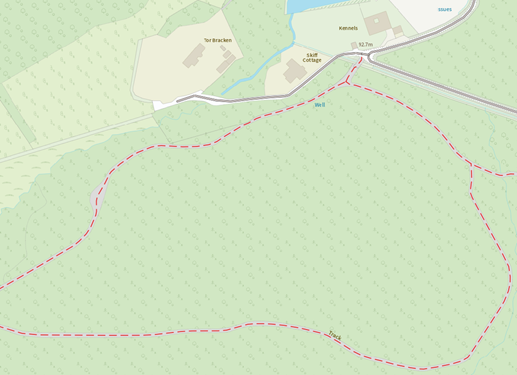 If some of the route is not possible by some of our larger emergency response vehicles, what would be the distance between the larger vehicles with the tools and our smaller vehicles that can make it all the way to the location?

Another attribute that is included with each track segment, is its relative length. This means that once the rescue operation is underway and it is determined that the larger vehicles can only go part way to the site, the user can aggregate the track segment lengths between where the larger vehicles are now positioned and the site of the fallen tree. This will help the user determine how suitable it would be for smaller vehicles to act as a go between.

Find out how you can access OS MasterMap Highways Network, or get support on how to use the data.