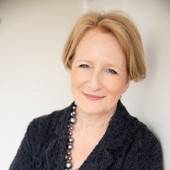 Philippa is a Non-Executive Director of UK Strategic Command, an independent member of the Remunerations Committee of St Edmund’s College, Cambridge and a member of the Lord Chancellor’s Advisory Committee for Cambridgeshire.

As Group Human Resources Director of ITV Plc until 2009, Philippa led the consolidation of the regional ITV companies. Prior to that she held general management and then HR roles in Granada Group Plc. She began her career in marketing with ICI and has an MA in Politics, Philosophy and Economics from The Queen's College Oxford.

Philippa has been a non-executive director of HMRC, a Board member of Opportunity Now and of Creative Skillset and Vice President of the Chartered Institute of Personnel and Development (CIPD). She is a Companion of the CIPD and a fellow of the RSA.

All directors
About Ordnance Survey