Will autonomous vehicles be lost in translation?

Last year, the Government released a new cybersecurity standard to ensure self-driving vehicles are designed with an equal level of resilience against cyber-attack. Yet many might be surprised to know there are no equivalent standards governing the self-driving navigational technologies upon which road safety will depend.

Connected and autonomous vehicles (CAVs) are being built with a plethora of proprietary mapping engines, sensors and communication systems of varying degrees of quality which are incompatible and cannot ‘talk’ to each other. These vehicles are being designed for competitive differentiation, rather than co-operation. Yet autonomous vehicles cannot work safely as atomised, autonomous individuals but must communicate and operate as an electronically intertwined ‘fleet’ that can be collectively re-routed around traffic or hazards.

This means they must have a single standard for capturing their exact location in relation to their surroundings and communicating their location to each other. They also need a universal, context-sensitive navigational backup when their sensors fail; if their cameras misread a speed sign, we need to know that autonomous cars have maps that will tell them not just their current location but also the speed limit in relation to their current location. 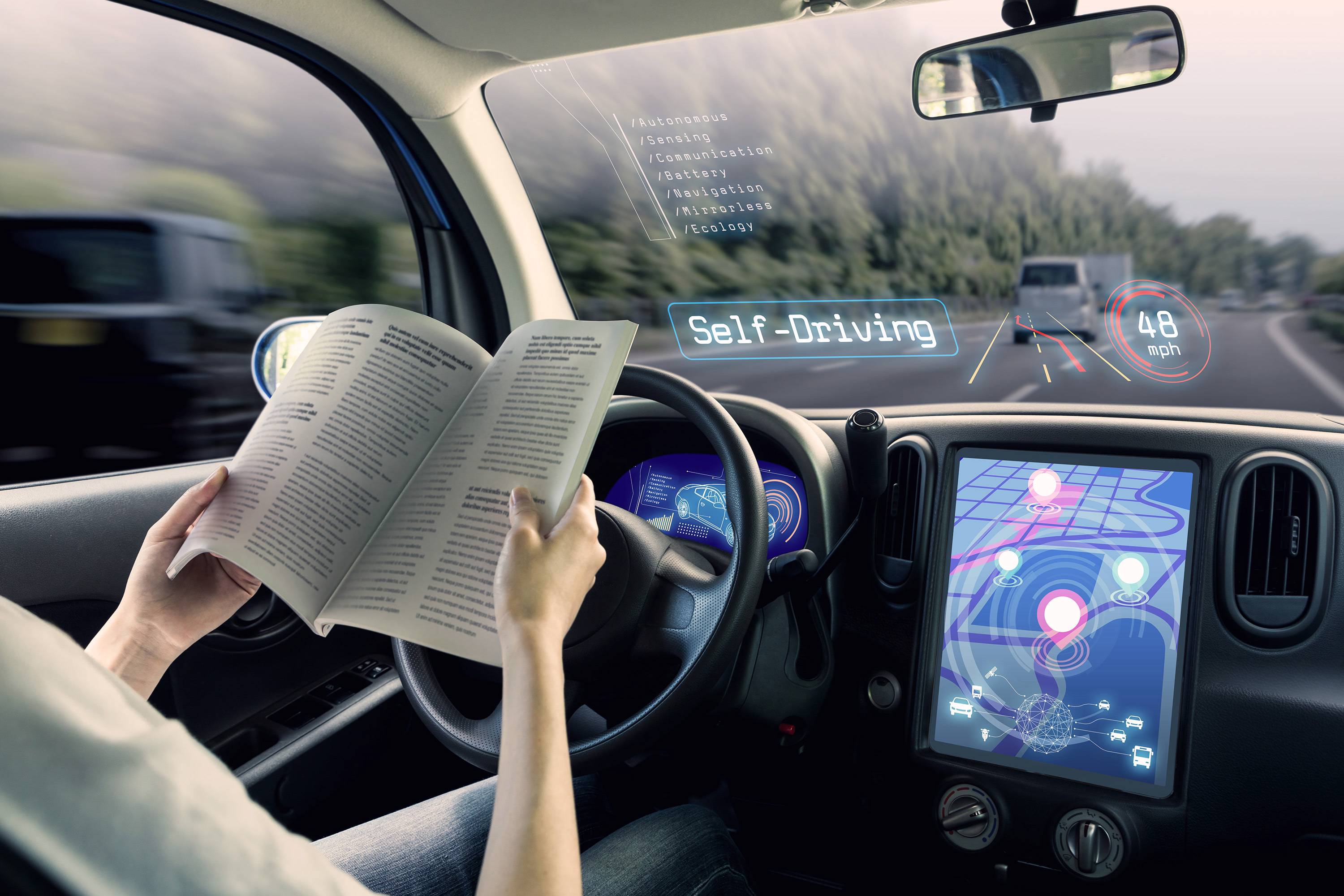 A universal system for autonomous vehicle communication and a single mapping system underpinning navigation is essential to building a safe environment.

Crucially, they must be able to communicate exactly where they are with pinpoint-accuracy so they can negotiate over-takes and lane changes. Cars also need a universal standard for capturing and communicating their movements in relation to their environs so they can crowd-source live data from the roads and adapt to sudden changes such as temporary road closures or sink-holes.

Leaving this at the mercy of the market could lead to a communication breakdown on the roads. We could see cars with lower-quality sensors or maps that give a slightly inaccurate position causing a crash when changing lanes ahead of a car with different sensors. Information about an accident ahead might be communicated to all Google cars but not all Apple cars.

If driverless cars all use rival proprietary communication systems, there will also be no way for local authorities to broadcast Traffic Restriction orders, temporary road closures or hazard warnings to all nearby vehicles. Without a universal standard for capturing and sharing location data, it will also be difficult to implement intelligent mobility solutions to reduce congestion or pollution, which will require all traffic to be monitored and managed as a single ‘swarm.’

"The solution is a single, universal system for autonomous vehicle communication and a single mapping system underpinning all driverless navigation. "

Which means mapping engines must be continuously updated by drawing on extensive data from surveyors, local authorities and other road-users on changes in the road such as potholes or road works. Rival mapping systems with different databases and degrees of coverage might create a ‘postcode lottery’ in road safety. A vehicle travelling through an area where its mapping system does not have an up-to-date database might not realise that it is approaching a road with a newly-mapped sinkhole.

The solution is a single, universal system for autonomous vehicle communication and a single mapping system underpinning all driverless navigation. This must be a vendor-neutral mapping engine with equal coverage across all parts of the country updated with a rich national database of road data from all models of vehicle and all local authorities. It must have everything from the latest Met Office meteorological data to local authority data overlaid onto the roadmap so the car can situate its sensor readings in the current context; if a car camera sees a road ahead, it must be able to check if there have recently been accidents, upgrades or floods on that road. A universal intelligent mapping engine would also act as a universal navigational ‘backstop’ in case sensors and Artificial Intelligence systems fail.

Ordnance Survey has been working to help define how CAVs can capture and share positioning and safety information in real-time and create universal standards and technologies governing driverless navigation. An equal standard of reliable, accurate geospatial data and data-sharing for all models of an autonomous vehicle is the only way to ensure an equal standard of safety across our roads.