Contributing JournalistJon Card is a freelance business journalist who writes for titles including The Guardian, Daily Telegraph and The Times. He's also the co-founder of Full Story Media, which teaches entrepreneurs about the press and journalism.

The Starling service is monitoring the world’s rainforests and now brands can access its imagery to ensure their supply chains don’t cost the Earth.

Deforestation is one of the chief causes of climate change. The issue was brought into sharp focus recently with the publication of a report by the Intergovernmental Panel on Climate Change (IPCC), seen by many as a ‘final call’ to take action against the impact of carbon emissions.

Yet deforestation is an intractable problem. Rainforests are cut down, not just for logs, but to clear the way for commercial farms. These farms are a source of jobs, wealth and exports for developing countries. Meanwhile, the raw materials they produce are essential ingredients for many of the world’s favourite products.

A key example is palm oil. It is one of the world’s most consumed ingredients, found in more than half of all supermarket goods including bread, biscuits, chocolate, soap and detergent. But major brands located in markets such as the EU, China, India and the US import nearly all of their palm oil from developing countries. The product is also closely associated with deforestation; the world’s biggest producers of palm oil, countries such as Malaysia and Indonesia, have cut down vast swathes of rainforest so that palm tree farms could be planted.

Public pressure has led to major brands pledging to stop contributing to deforestation and to clean up the impact of their supply chains. However, making pledges is one thing, ensuring a complex supply chain doesn’t incentivise deforestation is another.

Obtaining accurate information about deforestation is difficult; traditional auditing methods struggle with both the scale and complexity of the task. But a new service combining a range of satellite sensors, machine learning and local knowledge is offering insight into the problem. The Starling service is now monitoring global supply chains and providing data to companies that have made zero deforestation commitments. 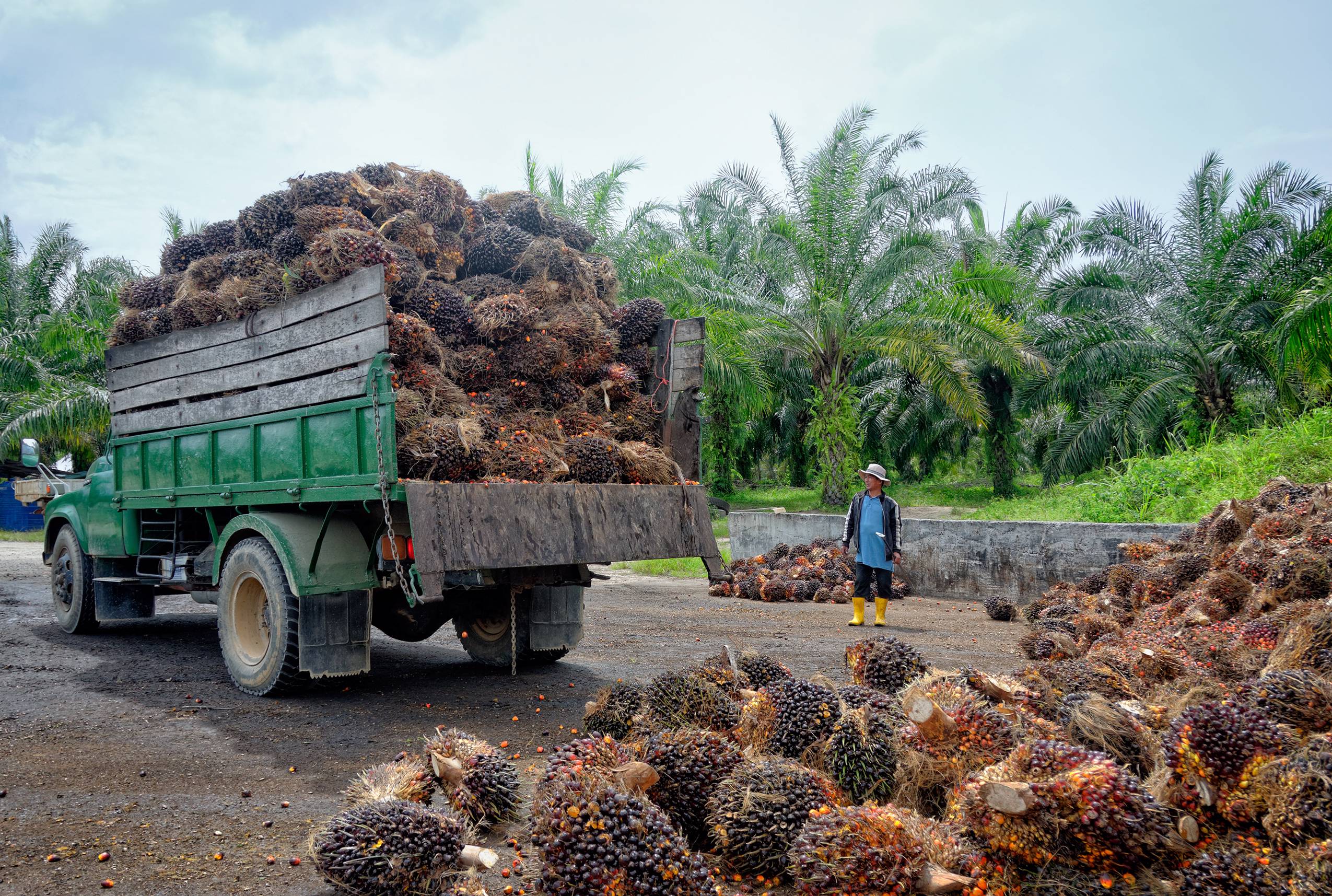 The service, developed by a consortium including aerospace business Airbus, non-profit organisation The Earthroom Foundation and radar specialists SarVision, aim to provide unbiased monitoring of rainforests with a unique mix of sensors and processing abilities.

The partnership began in 2015. Airbus provides very high-resolution satellite data combined with other satellite sensors, SarVision complements the service with processing radar satellite data and The Earthworm Foundation brings experience and expertise in land use, forests and planning. The result of these combined skills and experience mean complex satellite data on rainforests is now available in an understandable and actionable form to anyone with a laptop and a subscription.

“We believe Starling is revolutionary,” says Bastien Sachet, chief executive of Earthworm. “It also goes beyond the traditional concept of auditing,” he adds.

Starling satellites cut through cloud cover, allowing year-round monitoring. The service provides a view of the planet not dissimilar from Google Earth, but with a suite of tools that allow users to survey the make-up of a forest area. Comparing a territory from one month to the next is relatively easy. The software can also differentiate between crop types and between replanting areas and natural forests that have been deforested.

Confectionery companies Ferrero and Nestlé were involved in the pilot project. Both have publicly made commitments to only obtain palm oil from sustainable sources, in line with guidelines put in place by the industry body the Roundtable on Sustainable Palm Oil (RSPO). Ferrero says it only sources palm oil that is certified as RSPO sustainable. Nestle has committed to meet the same standard by 2023. It has also committed to track 100 percent of its palm oil supply chain and refers to Starling as its “eyes in the sky”.

“When we started our No Deforestation journey with Nestlé in 2010, no tools existed for them to effectively monitor their suppliers in this way and a solution had to be created. Now, we are pleased to say, there is a ready and able tool to help companies rid deforestation from their supply chains.”

Bernhard Brenner, Head of Intelligence Business Cluster at Airbus Defence and Space, says he expects other businesses to take advantage of Starling’s services to be. “Most companies strive to do the right thing, and the aim of Starling is to give them the true capacity to do so,” he says.

Starling comes at a time when the world has never needed its services more. The warning delivered by scientists from the IPCC in October 2018 could barely have been any starker. The Earth is rapidly warming and, in just 12 years, its heat is likely to rise above the ‘guardrail’ temperature of 1.5C above pre-industrial levels and could even reach a 3C increase. The knock-on effects of such a temperature rise would be devastating for life on Earth.

But changing course requires unprecedented action. We need to preserve rainforests rather than chopping them down to produce, among other things, palm oil.

Contributing JournalistJon Card is a freelance business journalist who writes for titles including The Guardian, Daily Telegraph and The Times. He's also the co-founder of Full Story Media, which teaches entrepreneurs about the press and journalism.

Advances in drone technologies have made them more agile, cheaper, and easier to operate. They are predicted to contribute £42 billion to UK GDP by 2030.

A huge 2.5 quintillion bytes of data is created globally every day. Having good data quality that is reliable will help make the right decisions and underpin future technology such as the roll out of autonomous cars.