Some argue technology is steering the great connected and autonomous vehicle (CAV) juggernaut (which like it or not is accelerating our way, fast).

There’s evidence this is true, to a degree: millions of pounds are being invested on research in CAVs, defining and creating technologies, and frameworks & standards, to ensure safe operation, and that exactly the right data flows between vehicles and the environment around them.

But with more investment and research on driverless cars comes more insight into a bigger picture. The lens is focusing now not just on the vehicles themselves but other areas such as societal values and the wider topic of ‘intelligent mobility’.

Our experience of ‘place’ is largely defined by its ‘mobility’. New York has the iconic yellow cabs, for example. In Amsterdam, it’s bicycles. Whereas Mumbai is perceived to be permanently choked with traffic.

According to The Department for Transport’s Vehicle Licensing Statistics, Great Britain currently has nearly 38 million vehicles. These don’t just ‘do their own thing’, and, as they become more connected and autonomous, nor will they be able to in the future. Other factors will have to be considered, such as network safety, congestion, and pollution, in a similar way to today. 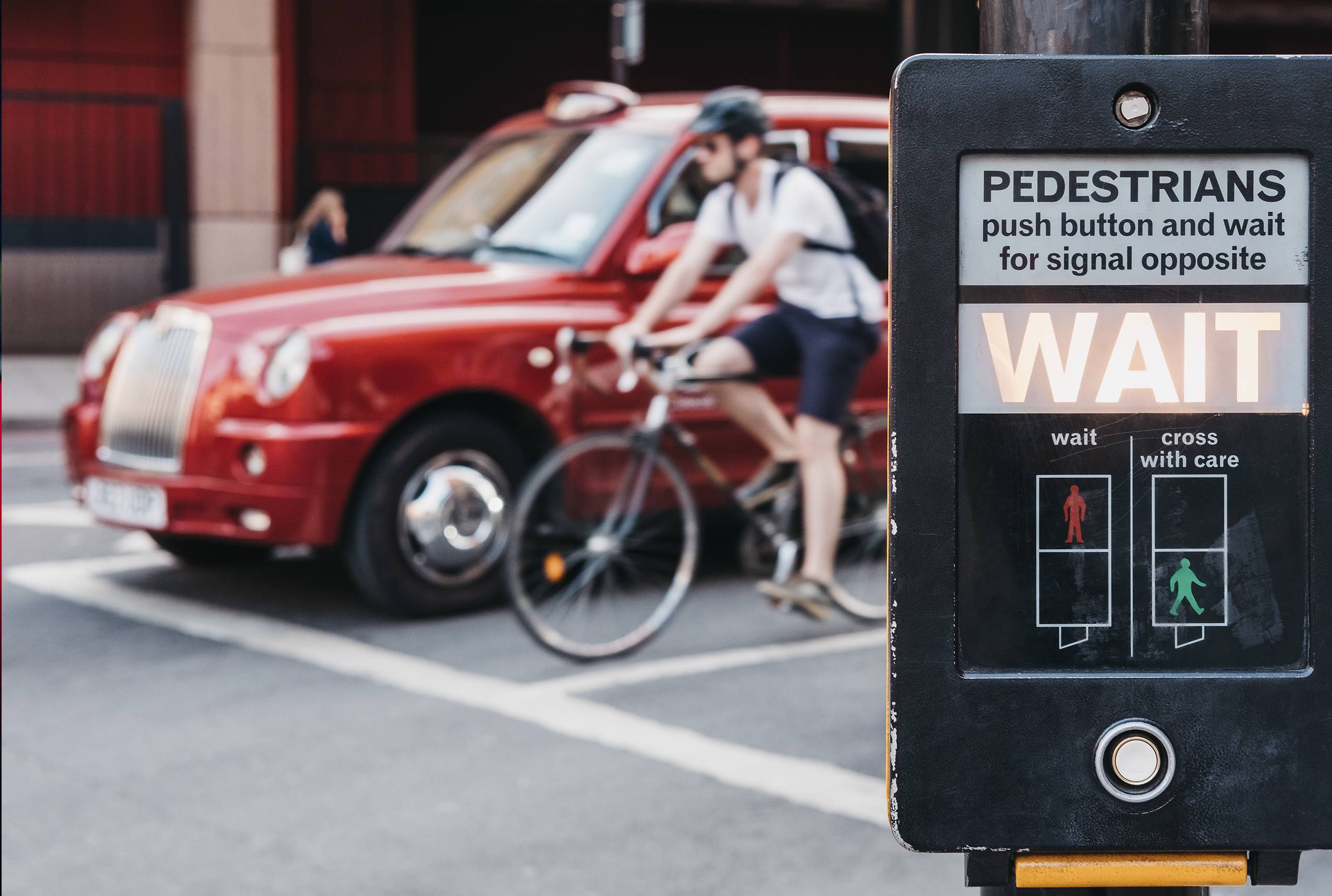 So, standards and mechanisms are being developed around the individual vehicles, and the connections they’ll have, too. If vehicles can successfully and safely exchange data in real time, a car hitting a pothole could communicate to the car behind it to take a different course of action. And if we take the same principle regarding vehicle-to-infrastructure communication, traffic lights could be optimised to enable the best flow of traffic or to prioritise emergency vehicles, after an interaction with a passing car or bus.

And at the heart of successful data communication & exchange is location. Using location data, speeds could be set along certain stretches of road to minimise traffic back-up and save fuel and emissions, following interaction with vehicles and infrastructure. In areas of heavy congestion, traffic could easily be re-routed using real-time data, or infrastructure perform differently based on dynamic location-based information.

At E-CAVE, we’re developing neutral ways of exchanging information between vehicles and infrastructure.

We’re exploring how vehicles, mobility and ‘place’ are joined up, and how they need to interact in a connected and enabled environment. We want to support the drive to make places more pleasant, habitable and investible.

This naturally includes health. Transport systems have a big impact on the social, ecological and economic health of a locality. We need to look beyond vehicle technology and enable cities and regions to balance their needs. Cycling and walking are really healthy and effective ways of getting around in urban areas and need to part of the whole mobility picture. We’re saying: while the high-tech is important, let’s not lose sight of the more traditional methods that bring a different value.

Supporting the public good is strong on E-CAVE’s agenda. A single proprietary platform – such as Google or Uber – can’t own the entire intelligent mobility space. There needs to be interoperability between systems. A Ford must be able to talk to a Volkswagen and a Vauxhall to a Toyota without any friction. It’s in the public interest to have a mutual way of exchanging information for safe operation.

Of course, the way people use transport in the future will evolve from what it is today. Consumer behaviour is changing, and people are far less likely to own their own vehicles for certain journeys. When we buy CDs, we don’t necessarily want to own shelves full of plastic, but we do want to listen to music. Brands such as Spotify have cottoned on to offering music as a service, and companies such as RideShare and RideHail are offering mobility as a service with their demand-and-response model of travel.

People will just think: I’d like to go somewhere now. A mobility as a service offering in the mix changes the whole picture.

While the focus on connected and autonomous vehicles is appropriate, we must continue to aim for intelligent mobility, focusing on moving people and goods in ways that are beneficial to the health of people, communities and places. Achieving this will involve using multiple modes of transport and delivery, including everything from ships to lorries, cars, delivery pods, drones, bicycles and walking, as seamlessly and effortlessly as possible. And it will require large amounts of information to be made available to talk to each other across devices and systems.

With the creation of such vast amounts of data on where people are going and when new possibilities will be opened up around targeted marketing and advertising.  Ordnance Survey is helping to fund GeoSec, a collaborative study with the University of Surrey, which is investigating how to ensure that details of our movement and location remain private. This will help address very real public concerns around data privacy and security in this current technological revolution.

So, it’s never been about the vehicles themselves. We’re looking at national interest, industrial strategy, scalability, consistency, neutrality, and safety – and developing business models around all these areas.

Connected and autonomous vehicles (CAVs) are being tested on roads in complex urban, rural and highways environments – each with their unique challenges.

Mobility means so much more than getting from A to B. It can impact the environment, the economy, people’s health and numerous other facets of day-to-day life.

Around 90% of accidents are the result of human error. If real-time map data can remove these from the equation with autonomous, then the benefit is clear.