The Open Identifier policy will replace the previous TOID and UPRN policies with a single, unified policy for all OS identifiers

From the summer of 2020, we're introducing a new Open Identifier policy that has been designed to remove barriers and allow organisations to publish more of their own data, providing additional valuable data into the geospatial ecosystem.

This policy supports the Cabinet Office's intention to "open the key identifiers for Great Britain under Open Government Licence (OGL) terms whilst protecting the integrity and authority of these identifiers.”

We're introducing this new policy to tackle the complexity of previous licensing, address the lack of clarity about what is permitted and restricted, and reduce the sharing restrictions on licence holders.

The Open Identifier policy replaces the previous Topographic Identifier (TOID) and Unique Property Reference Number (UPRN) policies with a single, unified policy for all OS identifiers. It applies to these OS products:

Designed in collaboration with users, this policy protects the authority and integrity of the identifiers, and addresses the lack of clarity around what the terms permit and restrict.

What will the new policy allow me to do?

An internal business use licensee will be able to publish TOIDs, UPRNs and USRNs under OGL terms,  provided that the licensee is:

and in all cases, using only ‘green listed’ premium attribution to append identifiers to the above datasets.

There is a 'green list' of premium attribution related to this policy. Broadly speaking, you'll be able to use the following to append TOIDs, UPRNs or USRNs to other datasets:

Examples of what you can now do 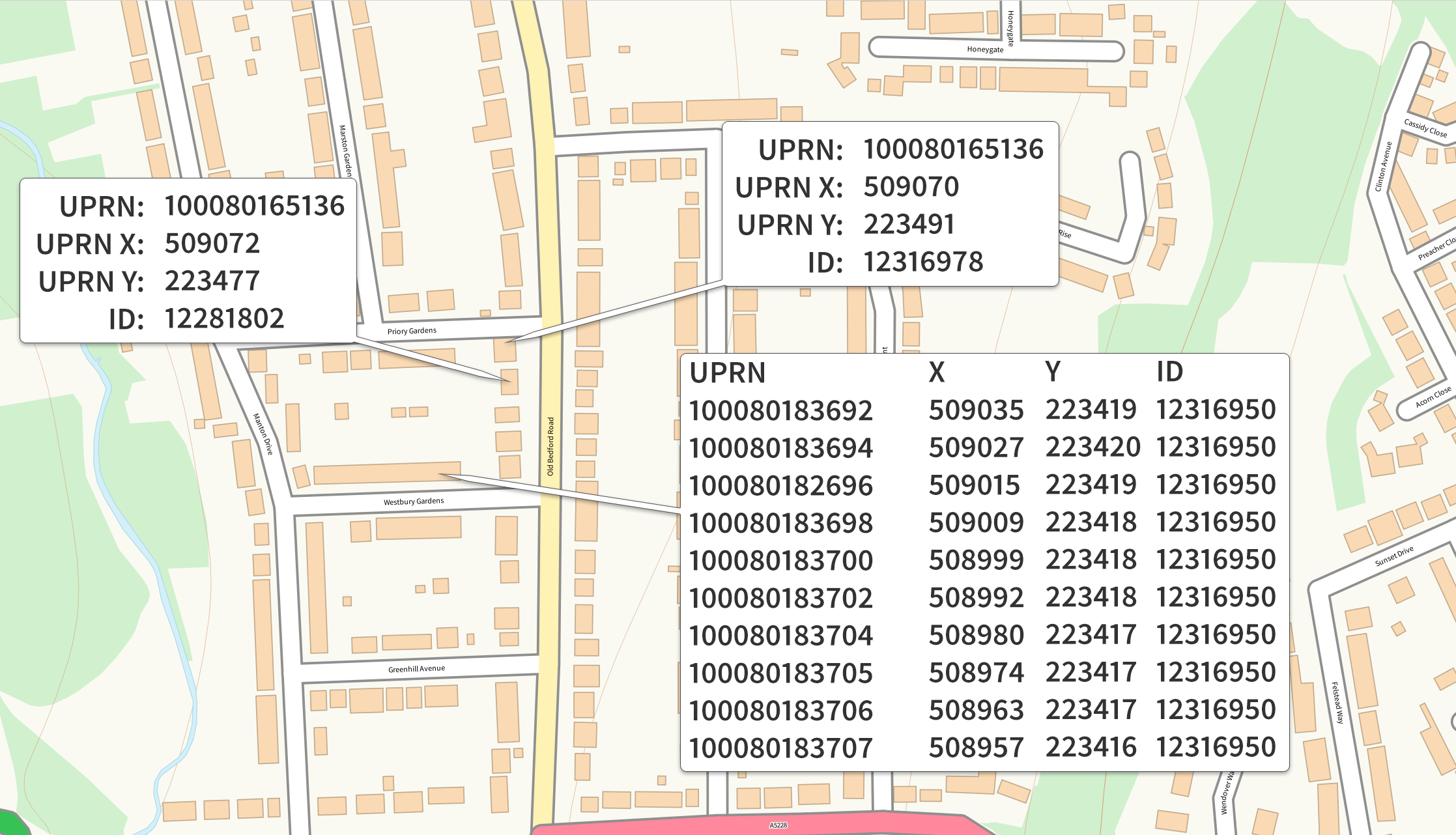 UPRN and data owned by licensee